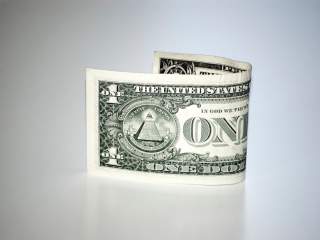 With the arrival of the renminbi in the International Monetary Fund Special Drawing Rights basket, the Chinese currency has a bit more clout than it did previously. This has caused much rancor among those who believe the dollar should be the sacrosanct leader of the financial world. However, the relative strength of the dollar is clearly slowing the U.S. economy, and limiting its policy options. The dollar’s dominance may be the dollar’s problem.

At the moment, the Fed is struggling to normalize its policy instruments while avoiding the possibility of recession. Much of this pressure could be alleviated—transferred elsewhere—by encouraging the world’s central banks to adopt other currencies as partial replacements to the dollar. The most obvious candidate to spark this movement is the renminbi. It is time to let someone else have the burden, and, yes, some of the rewards of being a dominant reserve currency.

Why would the United States even consider sharing its beloved status? For starters, it already does. The dollar is dominant, but it is not the sole currency being held by other central banks. The dollar dominates the others in holding size, but dollars, yen, pounds and euros are all held by central banks in differing amounts and according to their needs.

U.S. monetary policy can wreak havoc on other countries’ economies with rapid appreciation and depreciation of their currencies. Not to mention that commodities are typically priced in U.S. dollars, meaning that U.S. monetary policy directly affects the income of commodity-producing countries. This may limit the ability to the Fed to act solely in the best interest of the United States, and this is probably the most critical element of being the dominant reserve currency---a reduction in the independence and effectiveness of monetary policy.

To alleviate the current upward pressure on the dollar, the Treasury Department—officially in charge of dollar policy—should pursue a policy of loosening the dollar’s dominance of reserve stockpiles, and encourage the diversification of reserves away from the dollar. Instead of pursuing a twenty-first century Plaza Accord, the United States should pursue a strategy encouraging diversification. One example would be asking the IMF to suggest that there be a cap on U.S. dollar denominated reserves. Call it 50 percent—in any case, central banks would be sellers of the dollar, pushing it down.

There are a couple reasons this is an attractive option for the United States. The dollar would still be a dominant currency, but the selling pressure on the dollar generated the other central banks would allow the United States to normalize monetary policy more easily and without having a surging dollar choke the American economy. The reduction of the dollar would also allow for deeper integration of other, emerging countries—such as China—into the global financial system. Inclusion of the renminbi in the SDR was a start, but increasing its usage may be a benefit to the Western powers, especially if the usage is within their system.

There have predictions of the dollar’s demise before—and they were inevitably wrong. The Japanese economy stalled, the euro ran into problems and the renminbi does not have the financial infrastructure and markets to back it up. And the dollar continues to dominate. The U.S. dollar, always doubted and presumed past its prime, seems to come out of crises unscathed—even stronger. Instead, this is a suggestion that central banks are likely to benefit from becoming less dollarized—less exposed to a single currency.

The dollar’s survival is, in part, due to its centrality in the current global economic system. Reasons for this range from historical reasons to lack of an alternative, but the costs and benefits of the dollar’s preeminence are rarely debated. The necessity of the dollar’s domination, once a function of America’s economic dominance and Cold War geopolitics, is waning, however. Regardless, there continues to be a sentiment, especially in the United States, that the dollar’s status is necessary for the survival of the republic. But there will be little lost if and when the dollar’s share in global reserves declines.

There are certainly drawbacks. Politically, the ability to maneuver and manipulate foes or dissenters using the dollarized world would be diminished. Sanctions—such as those currently imposed on Russia—would become more onerous to pursue. Also of potential concern would be a reduction in the ability to finance deficit spending. In an era of QE and creative monetary policy, however, this fear is far less relevant than it once was.

As Ian Bremmer puts it, the world already suffers from “G-zero” leadership. The world is already politically multipolar with China, the EU and the United States dominating their regions, but has little leadership on a global scale. China has pursued a strategy of creating institutions that rival the Western ones. For example, the Asian Infrastructure and Investment Bank (AIIB) has similar characteristics to the IMF. Meanwhile, trade treaties between the United States. and other countries on both sides of the Atlantic have faced hurdles at home that make their passage questionable.

Without more substantive action, the Washington may be losing its ability to make the transition from a unipolar reserve currency system in a less disruptive fashion. And it makes little sense for an increasingly regionalized world to be dominated by dollars. At more than 60 percent of global reserves, the dollar is well ahead of all others. But at some point, there will be a reversal—or at least a drawdown—of the overweight positions. It will be difficult to find a better time for this to occur than when the dollar is highly valued, and the global economy is suffering because of it. After all, the dollar has steadfastly held its position of dominance, even as the United States has been waning in political and economic importance.