The Dragon's Eyes and Ears: Chinese Intelligence at the Crossroads 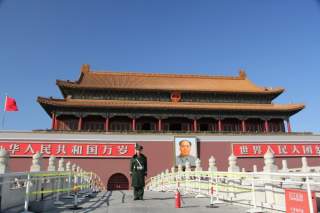 A little over a week ago, Hong Kong media reported and, on January 16, Beijing confirmed investigators had detained Chinese Ministry of State Security Vice Minister Ma Jian as part of China’s ongoing anti-corruption campaign. While Ma’s detention gives Xi Jinping and political analysts the opportunity to boast, his dismissal from the Ministry of State Security (MSS) opens a void at the top of China’s civilian intelligence service. Ma is the third vice minister to be shown the door in recent years, and each could have succeeded Geng Huichang, the current Minister of State Security, who is due to retire in the next two to three years. With an open playing field, the choices made by Xi Jinping and his colleagues will go a long way toward deciding the future of Chinese intelligence.

The MSS has lost its vice ministers to spy scandals and the ever-widening net of President Xi’s anti-corruption campaign that is sweeping up the debris of former security chief Zhou Yongkang’s network. In 2012, under President Hu Jintao, Executive Vice Minister Lu Zhongwei was disciplined and retired early because one of his close aides reportedly spied for a foreign government. Like the current minister, Lu had worked his way up the MSS ranks in the China Institutes of Contemporary International Relations—one of China’s most prestigious international affairs think tanks and staffed entirely by MSS officers. While Lu may only be the second CICIR analyst to rise to the vice-ministerial ranks, he followed a typical MSS pattern of a headquarters bureau director taking the helm of one of the provincial departments, in this case the Tianjin State Security Bureau, prior to being promoted to the front office.

The next vice minister to fall was Qiu Jin, a counterintelligence/counterespionage specialist, who was one of the first victims of Zhou’s disintegrating patronage network. Qiu probably is best known outside of China for his role in escorting would-be defector and Bo Xilai sidekick Wang Lijun from the U.S. Consulate in Chengdu back to Beijing. Earlier in his career, Qiu reportedly directed the MSS headquarters counterespionage investigations bureau and the marquee provincial unit for counterespionage, the Beijing State Security Bureau. His crimes reportedly included directing an associate, Beijing State Security Bureau Director Liang Ke, to clandestinely monitor senior Chinese leaders.

A thirty-plus year veteran of intelligence operations, Ma Jian, the latest intelligence official caught in Xi’s anti-corruption web, most recently served as executive vice minister, presumably claiming the position after Lu left the service, and once was regarded as a strong candidate to succeed Minister Geng. Ma also probably took over Qiu Jin’s counterintelligence portfolio after the latter’s ouster this time last year. Vice Minister Ma had been a key player in Chinese event security, including the Asian Games in Guangzhou in 2010 and probably the Beijing Olympics in 2008. Ma did not commit any obvious crime; however, it appears he was guilty of assisting family members in their business dealings and presumably exploited his MSS position to do so. He is also believed to be close to Ling Jihua, Hu Jintao’s former top aide, who was himself detained last month.

The current MSS chief, Geng Huichang, ascended to the position in August 2007 as a scandal forced a ministerial shakeup ahead of the 17th Party Congress and routine ministerial changes due at the 2008 session of the National People’s Congress. Geng will turn 64 this year, leaving only a short time before he is due for mandatory retirement. He was the first minister selected with a foreign affairs background; however, he still reflected the tendency to choose a politically-neutral or weak minister who could not become a political force of his own or be used as a cat’s paw in leadership struggles.

With three potential candidates ousted from the ministry, the question is who is left to replace Geng? This is a difficult question as the leadership lists remain mostly hidden from public view. Only the minister and the provincial-level department directors are officially listed. With Lu, Ma, and Qiu gone, the only publicly-identified vice ministers unaccounted for are Sun Yonghai and Dong Haizhou.

Sun is listed online as a special member of the Chinese People’s Political Consultative Conference (CPPCC) and MSS vice minister. Apart from him potentially masquerading under a pseudonym as a leader of various cultural and academic exchange organizations—suggesting a foreign intelligence focus like Geng—even less is known about Sun than Ma Jian. According to his CPPCC profile, Sun was born in 1953 and internet sources suggest he became a vice minister in 2006. Other online sources suggest Sun headed the MSS Fifth Bureau, which handles intelligence source reporting and requirements.

Like his colleagues, Dong Haizhou has a low profile with public references to his CPPCC membership and a handful of Xinhua references. The top milestones of Dong’s career include his assignment as director of the Tianjin State Security Bureau in the late 1990s and his rumored ascent to the MSS party committee in 2005 followed by his promotion to vice minister in 2006.

Sun and Dong are the only two professional choices to succeed Geng Huichang, unless the leadership brings someone over from military intelligence. The losses of Lu, Ma, and Qiu leave a gaping hole of experience at the top of the ministry, as they served in the MSS front office for several years.

Below are a few of the considerations that the Chinese leadership will need to consider when choosing the next minister of state security and possibly filling in the vice minister vacancies. The choices made by Xi Jinping and China’s other leaders about MSS leadership will provide a window into the politics of Chinese intelligence and what Beijing expects from its principal intelligence service.

·      Professional or Political? In a country governed by a Leninist party-state, professional versus political seems like a foregone conclusion. The history of Chinese intelligence, however, has demonstrated a consistent tension between professionally-minded intelligence officers, such as Li Kenong, Pan Hannian, and Xiong Xianghui, and those who wielded the intelligence service as a tool for state terror, such as Kang Sheng, Luo Ruiqing, and Wang Dongxing. The Chinese news coverage of the MSS’s creation in 1983 suggests that, even if the ministry may not have a professionalized approach to intelligence, it least aims to be an apolitical organization outside leadership politicking. Although Xi Jinping seems committed to reining in excesses, he could try place his own man in charge of the ministry when the time comes. If Xi can bring the MSS under his control, then he would provide a tangible demonstration of his authority vis-à-vis his peers.

·      Political Power or Neutrality/Weakness? The minister of state security is the only MSS official on the party’s Central Committee, placing it at a bureaucratic disadvantage with its principal competitor, the Ministry of Public Security (MPS), which usually places numerous officials on the Central Committee (probably by virtue of their party careers outside law enforcement). There have even been times when no MSS official was represented on the Central Committee; Geng’s predecessor, Xu Yongyue, languished as only an alternate member for a number of years. The cost of raising the political clout of MSS leadership, however, risks making the ministry a “normal” part of Chinese politics and encouraging meddling of the kind that got Qiu Jin and Liang Ke dismissed.

·      External or Internal? MSS history and organization favor a leadership selection based on internal security or counterespionage expertise. Because of the MSS organizational structure that gives local governments’ influence over their operations through the Political-Legal Affairs Committee system, internal stability and counterespionage take priority over foreign intelligence operations that only benefit the central government. An externally-focused pick, nevertheless, may make sense for the MSS. The current minister is the first who had foreign affairs expertise, and he arrived on the scene as the People’s Liberation Army was redirecting its intelligence apparatus away from policymaker support and toward operational military requirements. Simultaneously, the Ministry of Public Security appears to be regaining its important domestic intelligence role, which was passed to the newly-formed MSS in 1983, driven in part by investment in public surveillance. An external focus across the ministry would move the MSS into an increasingly open bureaucratic space for policymaker support.

·      Human or Technical? The MSS has long focused on human intelligence (HUMINT); however, the growing role of cyber in China’s intelligence collection as well as the ministry’s role in key cybersecurity and informatization leading groups suggests the MSS needs at least one person in the senior ranks with technical expertise as well as the gravitas that comes from being in the front office.