The Dutch Election: Winners and Losers 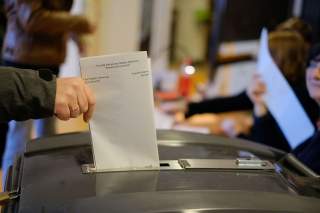 Wednesday morning, Election Day in the Netherlands, found European elites apprehensive that the next domino on their continent was teetering. Their latest scourge was Geert Wilders, the populist insurgent and head of the Party for Freedom (PVV), with the eccentrically coiffed hair that seems a requisite among unorthodox right-wing figures these days, and the customary statements about how he hates Islam and immigrant criminals are “scum.” Wilders was unlikely to take control of the Dutch House of Representatives—election eve polls had him in third place at best—but because the other major parties had ruled out a coalition with him, a weighty enough PVV pickup could throw the legislature into chaos.

No dice. Despite losing eight seats, Prime Minister Mark Rutte’s center-right People’s Party for Freedom and Democracy (VVD) still won a decisive thirty-three overall, down from forty-one but enough to limit the PVV to twenty. The Christian Democratic Appeal (CDA) and the liberal D66 also racked up big gains. The most decisive winner was the environmentally progressive GreenLeft (GL), which raked in an additional ten seats, the most in its history. Wilders did manage to fortify his electoral strongholds in the formerly coal-mining southeastern province of Limburg and the heavily rural northeast, but mustered only a five-seat pickup overall, a cliff dive from 2013 when polls had the PVV in first place.

Rutte now faces the challenge of gathering a coalition out of a thirteen-party tangle, which will mean allying with the likeminded CDA and D66, governing alongside Labor as he had before, and perhaps even shepherding the GreenLeft into what will be an ideologically kaleidoscopic government. But it will also be an establishment government and a relatively pro–European Union government, one that locks out the soapbox orators and guarantees that dreaded “Nexit” remains a pipe dream. The European political class exhaled and popped the corks. “I am delighted this led to a very pro-European result,” German chancellor Angela Merkel said of the election. Over on Twitter, “ever-closer union” fetishist and member of European Parliament Guy Verhofstadt heralded “pro European parties on the rise.”

So what was it that foiled Wilders? The answer is that, while we often headline the rise of populists, we forget that their revolution comes in two steps: first, voters rebel against established parties, especially center-left ones; second, they replace them with anti-immigrant outsiders. In the Netherlands, that first component was there. Dutch Labor was annihilated on Wednesday, hollowed out by more than three-quarters of its House seats, courtesy of the party’s wildly unpopular complicity in tax hikes and spending cuts while in coalition with Rutte. Labor now faces a quandary alike to the Liberal Democrats in Great Britain, who allied with the Tories in 2010 and were wiped out in the next election. But rather than fill the void vacated by the center-left with populists, as Wilders needed to happen, Dutch voters dispersed in all directions—the center-right, the liberals, even further left than before.

They also stood by Rutte’s VVD in greater numbers than expected. For that, you can thank Recep Tayyip Erdogan. Turkey’s leader has been aggressively campaigning for changes to his country’s constitution that would clothe him in the immense power of an imperial presidency, which will be decided by Turkish voters in a referendum next month. That’s meant seeking the votes of foreign nationals living in the Netherlands, where Erdogan dispatched his family minister, Fatma Betul Sayan Kaya, to speak at a campaign rally in Rotterdam. The Dutch government blocked Kaya from entering the Turkish consulate and later dispersed Turkish flag-waving demonstrators with batons and water cannons. Erdogan reacted with his customary subtlety, calling the Dutch “Nazi remnants” guilty of employing “Nazi practices.”

An enemy is a valuable thing to have during an election campaign, and thus far Wilders had been the only candidate with a supervillain, or rather an entire Legion of Doom: the political class, the EU and Muslim immigrants. Now Rutte had a bête noire, too, the inflammatory Erdogan, whose repudiation made the government appear tough on Islam and strummed the nationalist chord that voters wanted to hear. See? The government could do Dutch pride, too. Presented with the choice between a greenhorn populist party and a more seasoned and mindful right-of-center one, more districts opted for the latter.

The return of Rutte means continuity for the Netherlands, a return to opposition for Wilders—but for anxious European elites, the Dutch were never the primary concern here. Even if Wilders had won a plurality, he probably wouldn’t have ended up governing, given the other parties’ refusal to cooperate with the PVV. And even if he’d somehow landed in the prime minister position, he would have struggled to eject Holland from the European Union, given that laws would need to be changed to hold a binding referendum. No, for vigilant Europeans, this was a dress rehearsal for France, where the elevation of Marine Le Pen to the French presidency in next month’s election would be castor oil down every gullet in Brussels. Verhofstadt voiced the collective relief following the Dutch results when he tweeted: “People want constructive and reliable politicians to govern their country. This is why Le Pen will also fail.”

Will she, though? We’ve had a smattering of outcomes from Western elections as of late, but the choppy trend that’s developed is this: populists do poorly in multiparty parliamentary elections (UKIP in 2015, Wilders); they do quite well in binary-choice, outsiders-versus-insiders, winner-take all contests (Brexit, Trump; Austria is an admitted exception here). France’s presidential runoff falls into the latter category. Le Pen is almost certain to place either first or second in the first round of voting, which will position her in a second-round duel with Emmanuel Macron, the popular but Rothschild-incubated centrist who, like Hillary Clinton and the Remain campaign, embodies the internationalist consensus. Could Le Pen still pull this off? I’d be very chary about writing her off as a Wilders redux.