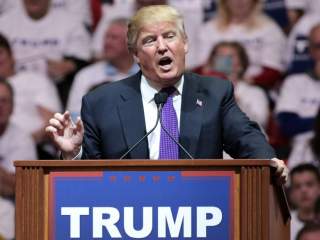 The American milieu, both Democrat and Republican, loves to hate Trump supporters.

They’re an easy target. Many of them are poor, uneducated whites who live in rural areas with little opportunity for upward mobility. Their communities are crippled by substance abuse. They’re erratic churchgoers who take more from the government than they contribute to it. They scream racial slurs in public, hit black people with glee, and shout obscenities at women and members of the LGBTQ community. At least, that’s the story the cameras and Twitter brawls and op-eds tell us. It’s a facile narrative, one that flattens real people with deep-seated issues into caricatures for public consumption.

In this election cycle, the term “Trump supporter” has become a euphemism for “white trash.” It’s a safe label that allows the educated to observe how the other half lives with voyeuristic pity. But as Trump retains his lead in the polls and maintains the trust of so many Americans, this cultural fetish had turned into panic. How can so many people vote for someone who is so clearly wrong for the country? How can belligerent ignorance carry the day when professionals toil tirelessly to solve the world’s biggest problems? These are difficult questions, and to answer them properly, the educated elite may have to start by looking in the mirror.

The problem is that the educated elite only chooses to recognize ignorance when it comes from places like Appalachia that are well out of commuting distance from Washington and New York. They fail to see it when it’s right under their noses. As safe spaces and politically correct speech stifle intellectual inquiry on elite college campuses, the risk of belligerent ignorance—the kind usually ascribed to poor, gun-toting, Bible-thumping Trump supporters—takes hold. In a society where feelings matter more than thoughts, it’s no wonder that Presidential candidates squabble over penis size and riots erupt at rallies. As a culture, we’ve gone from discussing the size of people’s ideas to the size of people’s hands. This fixation on the body, especially on its size and ability to assault, shows that we’re a society that is losing the capability to reason with itself. And our institutions of higher education are responsible for this intellectual deterioration.

Last week Charles Murray, the academic best known for his controversial book The Bell Curve, was nearly disinvited from giving a talk at Virginia Tech because of the untrue opinion associated with the book’s purported thesis that African-Americans are genetically inferior to whites. It’s a willful misinterpretation of the argument that has persisted for over two decades. Virginia Tech’s president, Tim Sands, pooh-poohed concerns by stating that much of the faulty analysis in the book had already been disproven. In the first paragraph, Sands pillories Murray: “Dr. Murray is well known for his controversial and largely discredited work linking measures of intelligence to heredity, and specifically to race and ethnicity—a flawed socioeconomic theory that has been used by some to justify fascism, racism and eugenics.” Essentially, inviting Murray to Virginia Tech would be doing an old, discredited academic a favor at the twilight of his career.

But that isn’t the case. It’s an astonishing mischaracterization of both Murray and his book. Charles Murray is a respected academic with a prominent position at AEI, a premier conservative think tank. He still writes and teaches, and his career is flourishing. Murray responded to Virginia Tech’s accusation with a well-reasoned rebuttal defending his research, and made a strong case that he did not say that one ethnic group was superior or inferior to the other. Murray elaborates:

“The notion that Herrnstein and I made claims about ethnic differences in IQ that have been scientifically rejected is simply wrong. We deliberately remained well within the mainstream of what was confidently known when we wrote. None of those descriptions have changed much in the subsequent twenty-two years, except to be reinforced as more has been learned.”

Murray drives the point home with stating his thesis once and for all—which is in the book itself. “Herrnstein and I were guilty of refusing to say that the evidence justified a conclusion that the differential had to be entirely environmental.” If anything, it’s a bit of a letdown in terms of drama. (Much academic research often is.)

What was shocking about this exchange was not the glib accusations made against Murray, but how Murray chose to respond: with facts, reason and a better argument. It’s an extinct form of communication in the public sphere. And that is more frightening than what any Trump supporter could say or do in front of rolling cameras.

We live in an age where we decide what is worth engaging by a set of preconceived notions that are not based in fact or reason, but in prejudice and bias. Lying about an academic’s work to maintain a “safe space” for students may keep the coffers lined with federal loan money, but sets students up to believe that the world will bend to their will if they throw a large enough tantrum. Harvard students, instead of running full tilt at the toughest rhetorical questions, argue that whites should commit suicide as an appropriate response to racism and injustice. An argument like that would have earned boos and jeers at my high school debate seminar (deservedly so), but now this nonsense earns headlines and attention. American rhetoric is permitted to wriggle out of logical checkmate for the purposes of “raising awareness.” Instead of struggling with a difficult concept and attempting to unpack it, it’s easier to just kill yourself and get it over with. Literally.

It’s a clichéd political platform that education is the cure to poverty. Education is not the cure for poverty; it is the cure for ignorance and intolerance. If the GOP wants any hope of reconnecting with disaffected voters who have gone to Trump, they need to listen to why they like Trump, and present them with better options. The GOP doesn’t yet understand that the worst possible scenario is not a Trump presidency. The worst-case scenario is that we become a nation that prefers suicide to deep thought, and fistfights to public debate.