The End of the Atlantic Alliance 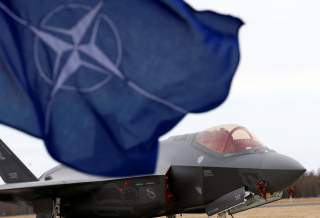 President Donald Trump’s decision to withdraw from JCPOA (the Joint Comprehensive Plan of Action) is one more step in dismantling the edifice built after the end of World War II by the U.S. and Britain. Trump’s decision follows after withdrawing from the Paris climate agreement and the TPP (the Trans Pacific Partnership). Additionally, NAFTA (the North American Free Trade Agreement) may survive, but only if renegotiated. Swipes have also been taken at European allies at various occasions. Finally, the forthcoming negotiations with North Korea will harm U.S. alliances in Asia, with Trump likely to forge an agreement with North Korea that will secure the U.S. homeland while disregarding South Korean, and especially Japanese, interests.

So far, the U.S. has abandoned quickly and without hesitation its role as leader of the global alliance system. Its long-term allies are left baffled, not knowing what to do in a new world order in which with “America first” has transformed into “America only”.

Traditional American allies are considered no longer indispensable for projecting U.S. power and their friendship is no longer treasured. “America first” and “America only,” signals a swing towards isolationism where international commitments are judged solely by what the bring to the U.S. Trump may well be recorded by history as the first in a line of American presidents taking the nation back to a more isolationist policy similar to America's withdrawal after World War I.

Nowhere is this clearer than in the explosive situation the JCPOA decision implies for the Atlantic Alliance. The North Atlantic Treaty Organization (NATO) was created in 1949 to defend the Western societal system and was kept together by common and shared values strong enough to overrule adversarial interest about economics and trade. The collapse of the Soviet Union and the Soviet Empire removed the raison d’être of the alliance and NATO became weaker. Further writing on the wall came in 2003 when two major European allies, France and Germany, said no to participate in the U.S.-led operation against Saddam Hussein’s Iraq.

Unless the JCPOA decision turns out to be stage thunder or something else is negotiated – which is probably wishful thinking – the U.S. has confronted its European allies with an unpalatable choice. America’s withdrawal from the JCPOA has pulled the carpet from under its European allies’ feet and damaged transatlantic unity towards common ends.

Either the European allies maintain the JCPOA or they decide to follow America’s lead, wherever that might take them. Every reason seems to indicate that the Trump administration means business on reimposing sanctions. This means the U.S. will unleash a barrage of economic and trade restrictions against Europe and European companies involved with Iran. If Europe does not comply with these restrictions, or reimpose their own sanctions on Iran, America will see its European allies as no longer valuable or on the same side.

The economic price of American sanctions on European businesses will be high and knowing that many rival U.S. companies will suffer too (such as Boeing) is little consolation. The political repercussions will run deeper. Europeans will rightly feel that they have been snubbed and stepped on. The U.S. simply takes them for granted, expecting its allies will always turn up to do as America wishes, irrespective of interests, views and policies. This is not the kind of alliance Europeans want- they instead would expect normal consultations and due regard to how they feel. The danger is that in the aftermath of American withdrawal from the JCPOA, the strong link of common and shared values will be thrown away. Europeans know NATO was never an equal partnership, but previous the U.S. went a long way to make it look like one. Perhaps those days are over.

Alternatively, European countries might yet decide to follow the U.S. and reimpose Iranian sanctions. This would cause European companies to not honor contracts with Iran and forgo many current and future investment opportunities. Europe may decide that the political and economic price to break away from partnership with the U.S. is too high and too risky. Such a step would signal European acquiescence as a sidekick to Donald Trump’s America. This humiliating role would be interpreted as such by the Europeans themselves, the U.S., countries across the middle east, and major powers such as Russia, China and India.

The European dilemma is exacerbated as it is a balancing power. If Europe ends up with the U.S., the other JCPOA signatories will find it difficult to maintain economic and trade links with Iran as U.S. and Europe controls the global financial system and host most global financial institutions. Economic sanctions will squeeze Iran and once more America will have gotten its way. If on the other hand, Europe stays in the JCPOA the combined economic strength of Europe, China, and Russia may thwart the U.S. If this is successful, it will be the first time since 1945 that the U.S. has not been able to impose its will on the rest of the world. The stakes could not be higher. One wonders whether policy makers in Washington have realized this.

In the global power game, Iran and the other partners to JCPOA understand this completely. They will maneuver to push Europe towards staying in the JCPOA further isolating the U.S., which will intensify America’s anger and feeling of desertion if Europe sides with those staying in the JCPOA. When America questions why Europeans should be their friend if they are willing to sacrifice long term links with the U.S., Europe’s retort will be “why did you bring us and yourself in this situation?”

Traditional diplomacy tells that some kind of compromise will be sought behind the curtain. But traditional diplomacy has no place on the Trump agenda. There may be efforts to seek such a solution and, in this world, it cannot be totally ruled out. However, such efforts are unlikely. Even if successful a new compromise is successful, European attitudes towards the 2003 Iraq war and the current Iran question indicate that one way or another the Atlantic alliance is breaking up.