The Euro Zone is in Big Trouble: The Deflation Danger 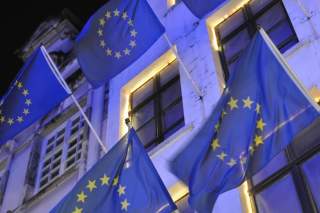 Such fissures are, of course, to be expected in any kind of representative government, much more in one as complex as the European Union and the euro zone.  To that extent, recent changes might well be described as healthy.  The picture, however, also points to a weakening in leadership and of the stuff  that has made member nations accept sacrifices for the sake of the union and the common currency.  To that extent, the changing political situation raises questions about the zone’s ability to hold things together, a doubt that is especially troubling coming at a time when the ECB finds itself facing a new, less tractable set of problems.  The probabilities still may favor continued union and a durable euro, but both these challenges necessarily raise doubts that seemed not to exist only a couple of months ago.

Milton Ezrati is senior economist & market strategist for Lord, Abbett & Co. and an affiliate of the Center for the Study of  Human Capital at the State University of New York at Buffalo.  He writes frequently on economics, finance, and politics.  His most recent book, Thirty Tomorrows, on aging demographics, the challenge it presents, and how the world can cope, was recently released by Thomas Dunne Books of Saint Martin’s Press.