The European Commission's Flaws Do Not Justify Brexit 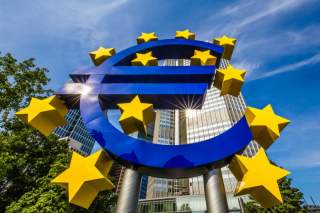 According to the polls, the Leave voters in the June 23 Brexit referendum were primarily animated by three grievances: the economic costs of EU membership, immigration from central Europe under the single European labor market with free-movement rights and the intrusion of EU regulations emanating from “unelected bureaucrats” in Brussels.

The pure economics of EU membership is not as easy as it may seem to elucidate, if only because of indirect and intangible costs and benefits, but best estimates suggest that Britain receives more than it pays into the EU, especially after its cash rebate. Moreover, leaving aside direct payments and receipts, approximately half of Britain’s exports go duty-free into the five-hundred-million-person EU market. Even Chancellor Angela Merkel, whose steady hand, good judgment and clear intention to look at the EU’s long-term interests rather than to assess punitive sanctions against the UK may be the single greatest asset of the EU, has nevertheless been clear that the UK will not be allowed to “cherry-pick” which EU benefits it would like to retain and which responsibilities it wishes to shed. So, all told, Britain seems likely to lose more than it gain by exiting the EU.

The migration issue has four dimensions: concern about and fear of current and future displacement of current British workers by workers from the continent, primarily from Poland and Romania; the related increase in the supply of workers relative to demand and therefore declining wages; the draw upon public subsidies of workers who migrate for the increased benefits available in the UK, especially in England; and the cultural changes introduced by foreign workers. As in many other countries, the immigrants accept jobs that many current citizens reject. Available data suggest that in general, immigrants pay more in taxes than they draw from the available tax-funded public services. The effects of central European immigrants on Britain’s current culture are intangible and immeasurable, but the societies and cultures from which they come are far more similar to the UK than are those of the hundreds of thousands of legal African and South Asian immigrants already residing there. Moreover, their children and grandchildren are hardly likely to identify with distant Polish or Romanian culture than with the one into which they are born and raised. But anxiety about cultural change is more sensitive and emotional than rational, and of course the British people would have gains from the new social practices and cultural features they decide to adopt.

The third grievance—Brussels’ overreach—is the one that the EU itself should examine closely, if only because it also animates “leave movements” in several other EU countries, most notably France. Long the object of parody, the regulation of acceptable banana and pickle sizes touches household preferences and budgets more tangibly than other perhaps more consequential regulations. The increasing resentment of “overregulation” by Europe’s publics, especially in areas deemed personal preference, is contributing to the Euroskeptic movements across the continent. The British may have been the most disgruntled about the Brussels bureaucracy but they hardly have a monopoly on annoyance or discontent. Indeed, Brexit and the growth of Euroskeptic parties in almost every country, including Alternative für Deutschland, may mean that European integration has reached its zenith for the moment.

Ironically, however, this may also be precisely the moment when increased integration is critical in certain areas. The euro crisis, for example, has had several causes, but surely a major one is the lack of a common, integrated fiscal policy and authority to complement the monetary policy underlying the euro’s value and stability. But there is almost no political appetite for that measure except in elite banking and political circles, precisely those now most distrusted by ordinary citizens.

Brexit may have provided EU supporters with the best reason for a serious review of the commission: what it should and should not do, how it should work, its mechanisms of accountability and the authorities that should remain with the constituent member states as against those necessary for the collective enterprise. Prioritizing more, choosing the essentials and shedding the nonessential but irritating; perhaps reining in the commission may also contribute commensurately to reining in the Euroskeptic movements that threaten the European project itself.

This small step would not reverse the grave malaise that afflicts Europe and many other Western democracies, or the gap of distrust, even alienation, between ordinary citizens and national elites. These are deeply structural problems. But it is possible to stop picking at some of the wounds that exacerbate the disillusionment at least by not aggravating them.

Gerald F. (“Jerry”) Hyman has been a Senior Adviser at the Center for Strategic and International Studies and President of its Hills Program on Governance since 2007. From 1990–2007, he held several positions at USAID, including director of its global Office of Democracy and Governance from 2002–07. From 1985–90, he practiced law at Covington & Burling in Washington, DC, and he taught Anthropology and Sociology at Smith College from 1970–85.