The Ex-Im Bank and the Foundations of American Power 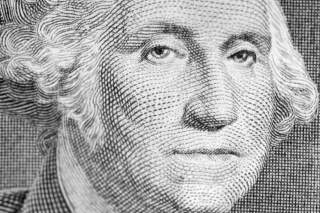 Congress is now considering whether to renew funding for the Export-Import Bank. That should not be a tough call. Economic and national security concerns argue strongly for continued funding.

The Bank is, of course, a small U.S. government agency designed to help American companies compete more effectively for business abroad, by backing up loans and helping with financing in ways that wind up typically costing the American taxpayer nothing or even (as in recent years) turning a profit. As things stand, the Bank will stop functioning on June 30 unless action is taken.

Beyond the specific economic benefits of Ex-Im Bank actions, many of them to assist small companies and collectively helping sustain more than one million American jobs, there is another reason to renew the Bank—strengthening the foundations of American power. To see why, it is important not to focus just on the Bank by itself but to place it in a broader context of long-term national economic strategy.

Although both of our careers have been focused on the military instruments of power, one of us primarily as a soldier and the other a scholar, we have both been struck by the importance of economics in building and bolstering the foundations of America’s national strength. Without a healthy and diverse GDP, there can be no state-of-the art U.S. defense industry and no solid budgetary foundation for powerful American armed forces. Without a vibrant international economy, there will also be more parts of the world where lack of economic opportunity increases the risk of failed states and of disenfranchised populations more prone to insurgency or terrorism.

Fortunately, America’s national assets are considerable and its national power is solid by many economic measures. The United States leads the world in energy production, research and development spending and patents, in world-class universities, in advanced manufacturing within sectors such as aerospace and pharmaceuticals, in the dot.com activities associated with Silicon Valley and other key hubs of innovation, and in its large and open market protected by a strong rule of law.

But we should not take our future successes for granted. We enjoy an impressive list of advantages. However, as a nation we also are burdened by some disadvantages. National infrastructure does not rate well by international standards; average student test scores in grade and high schools are unimpressive relative to other major countries; national debt of around 70 percent of GDP, while temporarily coming down, is already too high to ensure adequate availability of capital for productive investments. And this debt is forecast to grow to 100 percent or more of GDP in the 2020s unless actions are taken to address revenue and spending.

Moreover, bringing this back to the Ex-Im Bank, which focuses on exports of goods and services, our national manufacturing base is in a weakened state. To be sure, it still accounts for $2 trillion of our $17 trillion GDP; it is still easily the second largest in the world; it has enjoyed modest upticks in aggregate size in the last few years, largely due to the North American energy revolution which has produced competitive advantages for industries located on this continent. And as noted, it leads the world in numerous high-tech sectors.

All that said, after leading the world for decades, we are now in fact just the 2nd largest global manufacturing power—China is well ahead of us, as it approaches $3 trillion in annual output. The United States automobile sector is reasonably strong, but in bread-and-butter industries such as steel and ships, we lag. Manufacturing now accounts for a far smaller percentage of our national economic output, and of employment, than at any previous time since World War II.

Not all of this is of equal concern. It is fine for the United States to specialize in some areas, and to trade for others. But it is crucial for an advanced economic and military power to have a robust, diverse manufacturing sector. On that central point, there can be no real disagreement.

The Ex-Im Bank helps strengthen that manufacturing base, as well as other parts of our economy. It is only one of many mechanisms needed to ensure robust American economic and military power going forward. But we would be silly to give it up. It costs nothing (and, as noted, often turns a profit—$2 billion over the last five years, in fact). It is allowable under the kinds of international trade and investment treaties that govern the global economy; moreover, virtually every economic competitor of the United States has its own variant of one type or another, so we would be “unilaterally disarming” by disbanding it. It helps those very leading-edge sectors of our economy that are poised to compete effectively overseas, but, especially in the case of small business, may lack the foreign offices, sales staffs or financing options needed to forge business relationships in new places.

Congress has lots of hard issues to face this summer. It should make room for them on its calendar by handling the easy calls quickly and decisively. The Ex-Im Bank is just such an easy call. It should receive continued funding.

David Petraeus is chairman of the KKR Global Institute and a former commander of US Central Command and director of the CIA. Michael O'Hanlon is a senior fellow at the Brookings Institution and coauthor with Jim Steinberg of Strategic Reassurance and Resolve: US-China Relations in the 21st Century.