The F-103 Could Have Been America's Mach 3 Ramjet Fighter 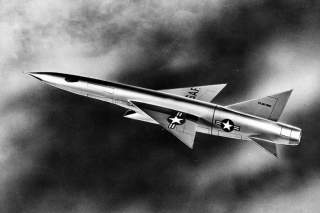