The Fall Of Ma Ying-jeou 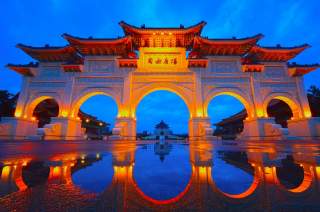 The Taipei District Prosecutors Office on Tuesday indicted former president Ma Ying-jeou over allegations that he abetted a leak of classified information during an investigation against an opposition lawmaker in 2013.

Ma, of the Kuomintang party (KMT), was in office from 2008–16. According to the court, his actions were in violation of the Communication Security and Surveillance Act, the Personal Information Protection Act and the Criminal Code. In September 2013, State Prosecutor-General Huang Shyh-ming reportedly provided Ma with transcripts of wiretapped conversations between Legislative Speaker Wang Jin-pyng of the KMT and Ker Chien-ming, a senior lawmaker from the Democratic Progressive Party (DPP), collected as part of an ongoing investigation into influence peddling at the Legislative Yuan, the nation’s parliament.

In the taped conversations, Wang, a political opponent of Ma and a member of the Taiwanese “faction” within the KMT, and Ker, a wily political operator, were reportedly discussing strategies, including the lobbying of senior Ministry of Justice officials, to prevent an appeal in a breach of trust case in which Ker had been acquitted.

Huang, according to prosecutors, was pressured by Ma to leak the wiretapped conversation, along with personal information about Ker, to the premier and deputy secretary general of the presidential office. He was found guilty in 2015 of violating the Communication Security and Surveillance Act. He was sentenced to fifteen months in jail, commutable to a fine of New Taiwan $457,000 (approximately U.S. $15,000), which he has since paid.

Ma, who enjoyed presidential immunity from criminal prosecution, stepped down on May 20 last year after serving the limit of two consecutive terms. He first appeared in court as a defendant on December 1 last year. Tsai Ing-wen’s DPP swept the presidential and legislative elections in January 2016.

If found guilty, Ma, who already dodged prosecution for alleged illicit use of special funds when he was Taipei mayor, could face up to three years of imprisonment.

The former president, who studied law at Harvard University, argues that the influence peddling case at the legislature did not constitute a criminal act but rather an illegitimate administrative act and, therefore, that it was the responsibility of the president and the premier to handle it—hence his request that the wiretaps be passed on to the premier. As such, Ma was merely fulfilling his duty as head of state under the constitution, he said. Prosecutors countered that the former president’s actions had violated the fundamental principles of separation of powers and checks and balances inherent to the constitution.

Tuesday’s news of the indictment elicited the expected reactions from the two main political camps in Taiwan. Members of the KMT described the indictment as political and an “all-out” assault on the former president by the DPP since he stepped down in May 2016. The DPP welcomed the indictment as “expected” and as evidence that the judicial system had “finally returned to normal.” Premier Lin Chuan defended the administration and said it had not interfered in the investigation.

In Taiwan’s always charged political environment, the indictment has fueled speculation that the DPP administration is bent on retaliation against the KMT, which many DPP supporters believe launched a political witch hunt against members of the previous Chen Shui-bian administration (2000–08), including the former president himself, who was convicted on money laundering and bribery charges and sentenced to life in prison before his term was reduced to twenty years after appeals. Chen started serving his sentence in 2010, but was released on medical parole in 2015 after showing rapid signs of physical and cognitive degeneration. Chen’s wheelchair-bound wife (also convicted for corruption) received medical parole in 2011. Supporters of the disgraced former president maintain that his prosecution was politically motivated and retribution for his role as an independence firebrand; many have called upon President Tsai to issue a pardon, which is unlikely to be acted upon.

Ma’s indictment occurs as the administration conducts an investigation into the KMT’s ill-gotten assets—the seizing of property and other state assets by the Nationalists after World War II and the end of the Chinese Civil War. The Tsai administration has also actively promoted a truth and reconciliation campaign to shed light on the government’s activities during the “White Terror” and martial law. While necessary, such efforts have convinced some in the KMT that the DPP, which for the first time in the nation’s history controls both the legislative and executive branches of government, has initiated a campaign of annihilation against its longtime opponent.

Thus, while many members of the “pan-green” (DPP) community welcomed, if not celebrated, news of Ma’s indictment (“It’s about time,” one of them observed), for many in the “pan-blue” camp (KMT)—whose reaction to former president Chen’s demise had been just as celebratory—this development was merely retribution.

Worryingly, the notion that it is “normal” for governments to engage in tit-for-tat behavior by targeting their predecessors from the opposite camp for investigation after gaining executive powers has propelled the nation into a vicious cycle that fosters division at a time when unity is sorely needed to face the immense challenge posed by authoritarian China, which regards Taiwan as part of its territory. Such views, which have surprising currency, point to weaknesses in Taiwan’s transition from authoritarian rule to democracy. The belief in the politicization of the judiciary, that those in power are merely using the court system to punish their opponents, bespeaks a deep cynicism about Taiwanese politics and indicates that much work needs to be done to secure the consolidation of Taiwan’s democracy and normalization of its electoral cycles. Therefore, rather than celebrate the indictment of a former head of state—as DPP supporters are doing this week and KMT supporters did before them—the Taiwanese public should regard such developments with concern and consternation: there is nothing to celebrate when evidence emerges that the system is failing them, whether through corruption or the irresponsible handling of classified material.

J. Michael Cole is a Taipei-based senior nonresident fellow with the China Policy Institute, University of Nottingham, UK, a research associate with the French Center for Research on Contemporary China and chief editor of Taiwan Sentinel.