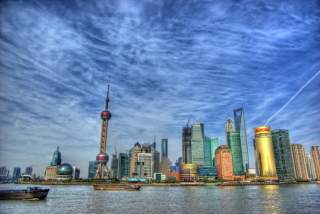 There is a line of thinking among foreign economists and financial analysts that China is in the midst of a change in direction known generically as “rebalancing,” this based upon statements made by Chinese leaders about emphasizing stronger consumption after years of investment-led growth. We described the wasteful and unsustainable investment strategy embraced by Beijing in July 2014 here in these digital pages: The Beijing Bubble: Will China's Housing Addiction Damage the Global Economy?

The alleged move by China involves “a reliance on investment and exports for growth to one where consumption and markets play a bigger role,” Bloomberg News reports. “Economists and analysts are watching seven areas for quickening policy change that could bolster economic restructuring in 2015. They include a pickup in domestic demand, cheaper oil, energy-pricing reforms, improved welfare cover and a wave of privatizations.” Were that it were so.

Venerated Western observers such as Stephen Roach, former chief economist at Morgan Stanley, state emphatically that China’s shift to consumption-led growth is part of a dramatic change that will offer “fantastic opportunity” to the developed world. Such views of China reflect the Western dualism between political and economic activities, something that China has still yet to embrace. As an old China hand observed to me years ago, there is no division between Church and State in China, there is only the state.

The widely held view that the Chinese economy is headed for an explosion in consumer demand is flawed in several respects. First, it reflects a tendency on the part of foreign analysts to believe that China’s leaders wish to push the country towards a more open, Western-style form of political economy where consumers exercise choice. Second, and more significant, it reflects a sort of wishful thinking that an increase in consumption and, particularly, Western-style consumerism in China will help to improve the overall outlook for corporate profits and world economic growth. And thirdly, it assumes that China’s rulers can make its people increase consumption in the same way that Beijing uses public-sector expenditures to boost the construction of transportation, housing and whole cities.

China is nothing if not a nation of sharp contrasts, many of which are in open conflict with the false image of the country held in the minds of most Western observers. For example, despite the many changes that have occurred in China, Beijing remains firmly in control over the country’s economy, what Orville Schell of the Asia Society in New York describes as “Leninist capitalism.” Indeed, since the rise of Mao Zedong and the Communist Party in 1949, politics and economics in China have been unified into a single state religion. The heroic role of the Chinese Communist Party (CCP) has always been tightly bound to a politically deterministic view focused on the idea that the world inexorably is moving towards communism, an argument that justifies the CCP’s monopoly on power and the acts of repression required to maintain the party’s “leading role.”

As Mao led his 600 million countrymen through disasters such as the Great Leap Famine and the Cultural Revolution, the control of the CCP over both China’s economy and its political life was total and it remains so today. Since the death of Mao, periods of “liberalization” have been followed by a reassertion of state hegemony, as in the case of the June 4, 1989 Tiananmen Square massacre. The CCP leadership understands that losing control over the political and economic life of China will ultimately spell their personal doom. Thus today, even as Western analysts predict economic opening led by consumers, China is seeing a resurgence of Marxist orthodoxy.

The fact of continued CCP control over China’s economy, especially the financial system and major industries, largely precludes precisely the type of free-market economic evolution that Western analysts are so fond of predicting. And at the same time, the fact of state control over the political economy does not necessarily translate into the ability to cause Chinese consumers to increase consumption.

Perhaps this is one reason why the long-awaited surge in consumer demand has yet to materialize and, indeed, retail activity in China has been falling for the past year.

China Beige Book (CBB), one of the few independent sources of information on the Chinese economy, reports in its Q4 2014 survey that the economy has stabilized after reaching a near-term low in the second quarter of last year. But the national survey published by CBB strongly refutes the idea that China is experiencing a consumer-led boom:

While services led this quarter and manufacturing held up, retail weakened for the fourth straight quarter. This complicates the rebalancing story, since rebalancing toward services is occurring but rebalancing toward consumption is not. Other aspects of rebalancing appear fleeting: Export orders picked up more than domestic orders in Q4, reflecting stronger demand abroad than from business and consumers back home. Property is also sending mixed signals, with a collapse in construction partially obscured by better performance in realty.

What CBB suggests is that while China is not following the script regarding increase consumption mandated by Beijing (and parroted by many foreign analysts), China is in fact experiencing the very same deflationary pressures that are causing weak retail and consumer activity around the world. CBB notes that:

Our finding of no 2014 deflation will likely be challenged in 2015. There has been continuous disinflation since the first quarter of 2013, with sales prices, wages, and input costs still increasing, but more slowly. While outright deflation has not set in, the impact of the collapse of crude oil prices has yet to be felt. Deflationary concerns are now justified.

While many foreign analysts are heralding the emergence of a consumer society in China, the deflationary bias affecting the entire global economy is causing China’s businesses and individuals alike to be very cautious about spending. Indeed, when you look through the incredible claims of annual GDP growth published by official government agencies and consider the underlying fragility of the Chinese economy, worries about deflation and credit problems in Chinese banks ought to be paramount. But instead foreign analysts proclaim a degree of confidence regarding China’s economic prospects that are even more effusive than the most optimistic government statistics.

One of the most telling indicators of the fragile stability of the Chinese economy is the tendency of many of the nation’s most powerful and wealthy citizens to immigrate. Wealthy business leaders and government officials have been sending their children overseas in droves, hardly a vote of confidence in the solidity of China’s economic future. Capital flight is one reason for this human exodus from a nation that, if you believe the official statistics, is the fastest-growing economy on earth. But most fundamentally, notes Professor Perry Link of the University of California at Riverside:

[L]egal émigré status is an insurance policy against an unpredictable future in China: life in the West offers a feeling of security that life in China, despite government expenditures of hundreds of billions of yuan per year on “stability maintenance,” cannot offer. If people in the Chinese elite were truly confident in their system of Leninist capitalism, they would not need a huge budget for domestic repression, would not keep a Nobel Peace laureate in prison, and would not be looking to emigrate.

Indeed, as this article was being finalized, China announced a new spending program for infrastructure projects to counter fears of an economic slowdown. Once again, Beijing is turning to useless construction projects to preserve the appearance of economic growth. But one element missing from the economic equation is political and personal freedom, something China's communist rulers fear more than any other possibility.