The Fatal Flaw in China's Plan for Dominating the World Economy 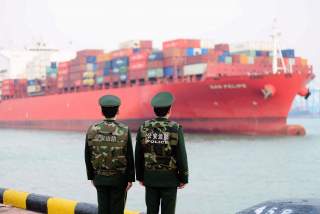 Chinese premier Li Keqiang recently delivered a remarkably revealing speech. Addressing the National People’s Congress for two full hours early in March, he stressed the county’s determination to rely on broad industrial policies as a means to development. The objective, to use Li’s words, is to “speed up work to build China into a leader in manufacturing.” Li doubtless wanted his audience and the world to hear his remarks as a challenge to Western economic power. Many no doubt did. What Li failed to note, and assuredly does not realize, is how his blueprint for progress, rather than ensure Chinese dominance, will instead keep that country indefinitely dependent on the West, doom it to repeat its already well-established pattern of wasteful overbuilding, and ensure that its economy will always remain just a bit behind the West technologically.

Dependence is baked into these industrial plans. By twisting effort to secure manufacturing dominance instead of a balanced economy, China will for the foreseeable future produce much more stuff than it can use. However impressive that great manufacturing surplus might look, it can only do China good if its state-owned firms can sell it. Without buyers, stacks steel girders, and concrete reinforcement bars will only rust in factory yards, as will the “jet engines” and “clean cars” that Li told the world he very much wants China to produce in abundance. And, as Li made clear in his long talk, China’s plans firmly put most of those buyers abroad. The whole structure then depends on prosperity elsewhere. Most reports on China’s economy draw attention to this fact, though they seldom acknowledge its significance. In, for instance, the commentary on the country’s recent growth acceleration, every article, even China’s own statistical bureau, points to the accelerating growth in the United States and Europe as the main contributor to China’s improvement. If the buyers fail to grow, China, by its own design, will languish.

Those in the West who fear Chinese manufacturing, of which there are many, would no doubt point out a parallel vulnerability in the West. Because the United States and Europe have lost so much productive power to China, these people would quickly point out, no doubt, that should Beijing decide to withhold supplies, this country and others would face shortages. The West would suffer an economic reverse, at least initially. It then would then rebuild, which, of course, is contrary to Chinese objectives. In the meantime, any pain inflicted on the United States and others would only come at great cost to China. Its export-oriented manufacturing would stagnate and so accordingly would its export-dependent economy. China would likely face considerable social discord, a prospect to which the riots that rocked China during the great recession of 2008–09 point. Withholding supplies, then, is more of a suicide vest than a weapon. China would hurt itself immediately and over the intermediate term invite its economic competition to rebuild. The Chinese Communist Party is not likely to go this route.

China’s clear emphasis on grand planning has yet another weakness. It, more than anything else, creates the tendency toward overbuilding that has long since become a fixture of Chinese economic patterns. Back in the early years of this century, when China’s exports of cheap toys, clothing, and shoes propelled that economy at double-digit growth rates, the planners assumed, explicitly and implicitly, that it would go on indefinitely. They marshaled tremendous resources to support the trend, building huge infrastructure projects and factories, as well as housing for millions of new manufacturing workers. Of course, the nature of China’s economy changed. Vietnam, for instance, used its lower average wage to steal shoe and clothing manufacturing. When these and other industries of the sort left, China then had to deal with all it had built to support economic activities that never developed and the debt overhang that went with it and that the county still faces.

To be sure, competitive markets can also create ridiculous excesses. The housing crisis of 2008–09 offers a particularly painful example. But the risk imposed on individual players in competitive economies provides a check on how far excesses can go, certainly relative to what can happen with grand centralized planning. The results of such grand designs can admittedly dazzle and frighten onlookers. They have in the past, filling the reports of journalists and others coming back from China, as they once filled the reports of those returning from Japan. But when things change, as they always do, that impressive marshaling of effort leads to more waste and a greater need for adjustment than in other systems where caution and the inability to marshal resources quite so thoroughly limits how far from reality things can get.

For only slightly different reasons, central planning also keeps China’s technology behind the cutting edge. Certainly, China to keep up with new developments insists on technology transfers from all Western and Japanese partners in that economy. Likely, China has engaged in all sorts of industrial espionage to steal useful intellectual properties. These activities no doubt have kept it closer to the technological edge than China otherwise might have come. And, as with other projects, the ability of central government planning to marshal resources has created impressive applications, most recently in robotics and artificial intelligence. But all of this transferring and theft keeps China dependent on others for each upgrade. And because applications always wait until after the initial breakthrough, China’s practices also ensure that that economy will find itself adopting what the West is already looking to replace. None of this is to suggest that the United States and others should tolerate such theft and pressure, but that is a separate matter.

While many seem to fear the industrial policies that in reality are a fundamental Chinese weakness, they also seem to worry inordinately about the one area where China’s system has relative strength: in handling its debts. The country’s debt overhang is of course, largely a product of its various bouts of overbuilding. Most of it lies with the participants in China’s great plans, state-owned industry and provincial governments. But of all things, the debt is less of a threat to China’s immediate future than such a problem would be in the West. In market economies, a debt overhang results in failures, leads to market disruptions, and likely creates a painful recession. Most who fear China’s debt overhang contemplate just such a Western-like outcome. But because in China most of the debt lies within the government, the authorities have an ability, as they have shown in the past, to arrange something of a slow-motion adjustment that avoids the kind of crash that would occur in the West.

China is a huge economy that deserves consideration. No one—neither investors nor business people nor policymakers nor diplomats—can readily ignore what happens there. Chinese developments present any number of economic, political, diplomatic, and military challenges to the United States and the rest of the world. What China does will affect people in the West and especially elsewhere in Asia. But in meeting these challenges, it does no good to ignore about economic realities, turning weaknesses into strengths and strengths into weaknesses.

Milton Ezrati is a contributing editor at the National Interest, an affiliate of the Center for the Study of Human Capital at the University at Buffalo (SUNY), and chief economist for Vested, the New York–based communications firm. His latest book is Thirty Tomorrows: The Next Three Decades of Globalization, Demographics, and How We Will Live.