The Fed Must Avoid the 'Credibility Trap' 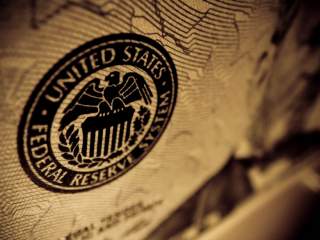 The Federal Reserve should admit its balance sheet is not going to be reduced for the foreseeable future. Even the guidance of doing so after “normalization is well underway” is an irresponsible course of action.

With its policies growing more reactionary, disjointed and incoherent, the focus on the Federal Reserve’s every move and the incessant speculation over when the next increase (or decrease) in the Federal funds rate will occur grows tiresome. The direction and conduct of monetary policy is increasingly volatile and damages the Federal Reserve’s credibility. It distracts from the potentially far more important, interacting issues surrounding Federal Reserve policy—the balance sheet and the terminal rate.

The Federal Reserve is currently reinvesting its $4.4 trillion balance sheet, stating time and again that it will not begin to unwind it until after the normalization process is “well underway”. Interestingly, the normalization process is well underway—tapering the third round of quantitative easing which removed a significant amount of accommodation, around 3 percent according to Federal Reserve researchers Wu and Xia. So by some metrics, beginning to allow the balance sheet to unwind is a logical step.

But the economic data that followed was not supportive of Federal Reserve plans. Using their new found tool of forward guidance—the practice of talking markets through plans for the future—Federal Reserve officials collectively retreated from rate hikes. The most prominent voice was Chair Janet Yellen, and markets quickly reacted to her dovishness. Given the prevailing data at the time, this was the appropriate move, and ensured, the primacy of data dependence continued its reign.

This transition was initially well executed. The trouble emerged when the data improved. Sensing the need to reflate expectations for higher interest rates, Yellen and company abruptly reversed course with their rhetoric. And they did so straight into a highly visible—and horrible—jobs report. The rhetoric halted quickly.

Continuously flip-flopping has consequences; not the least of which is a deterioration in confidence that the Federal Reserve is capable of guiding markets. It also makes it exceedingly difficult to estimate the future path of rates with any confidence. Since the Federal Reserve cannot credibly guide markets toward a probable outcome of monetary policy when only the Federal Reserve funds rate is involved, can it reliably undertake the task of reducing the balance sheet?

Going forward, Yellen and her colleagues need to be far more sparing with their commitments around monetary policy. Given the Federal Reserve’s inability to properly articulate the future path of policy and a falling terminal rate by its own account, it is time to remove the balance sheet from the normalization equation. Otherwise, the Federal Reserve may find that a little tightening has taken it a very long way toward normal.