The Federal Reserve Must Recognize It Has a Millennial Problem 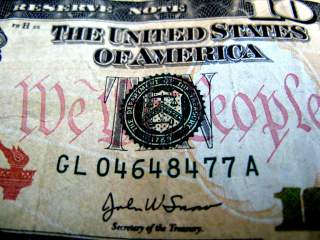 The Federal Reserve has waited and waited for inflation to materialize. Now it has. The Consumer Price Index shows prices are higher by more than 2 percent from a year ago, and there are reasons to believe that this will continue. But there is also a reason to be skeptical of persistent inflation pressures: the Fed’s millennial problem.

The millennials penchant for apartments is one of the more overlooked aspects of the current inflation picture. The root causes of the increase in apartment demand are well documented and chronicled: millennials enjoy living in urban areas and have high levels of student loan debt among other factors. Of course, with increasing demand came increasing rents. But the implications for inflation—and therefore the Federal Reserve’s inflation outlook—are misunderstood.

Why is rent so critical to understanding inflation? What is important is how inflation is calculated. Because the data used to calculate price level movements in the Consumer Price Index is collected solely from renters, not homeowners. This is true not only of the portion of CPI directly related to rent, but also to the portion related to homeowners—the so-called owner’s equivalent rent.

The process is not overly complex: renters are asked how much their rent is per month and what amenities are included. The combination of the two—known as shelter—constitutes roughly 42 percent of core inflation, which excludes food and energy.

But this is a critical distinction. Rent is the sole driver of 42 percent of core inflation. Home prices do not enter into the equation, leading to some potentially misleading results. If rent does not increase in concert with home prices, then home price increases will not be reflected in the owner’s equivalent rent line. The converse is also true. If rents are increasing due to millennials failing to purchase homes and instead bidding up rents, lackluster home prices will have little to no effect on the CPI.

The quandary is an interesting one, not simply from a demographic standpoint, but from the Fed, in many ways, being its own worst enemy. Multifamily unit starts, a measure of construction activity, has returned to its pre-crisis levels. Arguably, much of this construction was encouraged by low interest rates that forced investors to search for yield, and multifamily projects provided an attractive opportunity.

With the Fed maintaining low rates, developers pushed forward with projects. According to the U.S. Bureau of Economic Analysis, multifamily investment has never been higher—with the final quarter of 2016 reporting an annualized clip of $62.9 billion. Combined with the National Multifamily Housing Council’s survey that found “looser” conditions for the same timeframe, there is an argument to be made that shelter inflation pressures are nothing to fear, and may become a problem for the Fed.

In fact, the United States may be close to peaking inflation pressures—at least in the near term—as core inflation suffers from a shelter problem. This may give the Fed some pause in the second half of the year.

To understand how critical shelter has become to the Fed, it is worth taking a step back to understand the enormity of its influence on inflation. For the past year, shelter inflation has been increasing at about a 3.5 percent clip. At a 42 percent weight, shelter’s contribution to core CPI is about 1.4 percent. Core CPI is only increasing at a 2.4 percent clip overall. Simply stated, shelter is the inflation story—any deceleration will drive the core rate lower, potentially, much lower.

And this is part of the reason why the Fed may be moving quickly following the election. With a low unemployment rate, the combination of infrastructure spending and tax cuts is a classic formula for inflation pressures. But inflation may not be set to accelerate. Instead, it may be set to weaken as shelter becomes a headwind, not the tailwind of the past eight or so years. For the Fed, core CPI may therefore pose a problem to aggressively hiking rates.

If inflation does indeed slow, it would be considered a policy error to have raised rates too quickly. But the Fed is running against rent. If shelter does slow toward 1 percent inflation, it would reduce the contribution to the core to 0.4 percent from 1.5 percent—a 1 percent decline in the core-inflation rate. This represents a substantial decline that the Fed would be forced to address.

Imagine the consequences if millennials suddenly begin to want houses. There could be a boom in housing demand with measured shelter inflation falling, even appearing to be deflationary.

How will the Fed react to its millennial problem? If the emerging inflation pressures turn out to be more misleading than substantial, then the Fed would be forced to back away from its plans to tighten policy. This would strengthen the notion that the Fed committed a policy error. For the Fed, the evolution of shelter inflation over the next six months or so will be critical. The inflationary policies from the Trump administration will take time to filter through the economy, and may not arrive in time to save the Fed.

It is not difficult to see how the millennials could ruin the Fed’s opportunity to tighten policy over the next year. Granted, rents may continue to rise, but they cannot do so forever. The millennials matter far more to the Fed than it may care to admit.