The Federal Reserve is Pivoting From Data to Trumponomic Sentiment 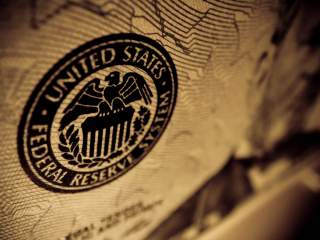 The Federal Reserve has shifted its stance, ever so gently pivoting from data dependent to Trump dependent. Until now, the post-crisis Fed has claimed to be data dependent in its policy making process. But waiting for the data to justify tighter monetary policy has been an arduous, painful process. It took three rounds of quantitative easing, and years of persistently low rates to maintain the economic recovery. Even then, the Fed has been forced to step back from tightening policy a number of times. This time may be different, however. Now, it has Trumponomics.

In the past, when the Fed attempted to tighten policy, it was forced to step back. Whether driven to do so by a shock from China or a slowing in the U.S. economy, those shifts were data driven—shocks or potential shocks to inflation or employment. Now, the Fed seems to be de-emphasizing its self-imposed data-driven mandate in favor of a new dependency—Trump-dependent policy rule.

There have been signs of the shift materializing. Some Fed officials have made it clear that they or others have already incorporated some of the anticipated economic effects from a shift in fiscal policies into their assumptions and projections. Many of the Trump administration’s policies would create economic outcomes that would affect, or potentially affect, the path of monetary policy.

Granted, the Fed could fall back on its tried-and-true position of data dependence, but this would be counterproductive. Fed officials have made it abundantly clear that it would like to increase interest rates in order to have policy ammo to combat the next economic downturn. They now seem to have the cover.

This pivot creates a far more interesting policy framework from the Federal Reserve. The pivot to Trumponomic sentiment from data becomes intriguing and critically important, in understanding the potential for the Fed to be proactive to fiscal and other economic policies out of Washington, DC.

This proactive mindset differs from the data-driven reactionary style of policy delivered over the past several years; whereas significant inflation pressures were expected to materialize before the Fed reacted. Now, the expectation of a policy shift in Washington is affecting the delivery of monetary policy with little, if any, detail on the fiscal policies that will be implemented.

And while the data has been slow to respond, the sentiment—the feeling—is that things are getting better, and the economy will positively react to tax cuts and infrastructure spending. These policies will push inflation and wages higher, and employment gains will continue. In other words, the Fed will need to react to balance its dual mandate of price stability and employment. With its stance, instead of waiting for the data to react, the Fed will have already done so.

Within this new framework, how does the Fed provide the market with legitimate guideposts for anticipating the unfolding of monetary policy? If the Fed has converted from reacting to economic variables and outcomes to policy ones, then it will be difficult for it give meaningful guidance about its intended rate path. The efficacy of forward guidance has been lackluster at best, but there is certainly some usefulness. It creates a sense of stability in the Fed’s path. While the path may change, there is a certain coherence in the forward projection, albeit typically incorrect.

A primary example of the rapidity of a shift in the Fed’s thinking is illustrated by the decision to raise in March. With only a couple of weeks remaining before the decision, the Fed had spent little time preparing the markets for a rate hike. With sentiment pointing to an ebullient second half of the year, the Fed talked up the expectation to nearly 100 percent in the week leading up to the decision. The shift was dramatic, and this could become an uneasy norm.

There are caveats to the Fed’s stance. Seemingly overlooked in the Fed’s calculus is the amount of uncertainty surrounding the actual policy outcomes. While there is considerable uncertainty in predicting and projecting economic data, policy outcomes are also highly uncertain and subject to change. There is likely to be disappointment—whether it is in the tax plan, a limitation in the infrastructure bill, or both. Given a fiscal policy dependent Fed, the trajectory of monetary and fiscal policy are now closely—perhaps too closely—tied.

But these policies are far from a given, and some may not be positive from the Fed’s point of view. Tax and regulatory changes will boost growth (and likely spark some inflation), but a border-adjusted tax could cause the dollar to unduly strengthen. How are Federal Reserve officials incorporating these not so positive potential outcomes into their assumptions?

How would the Fed likely react to a disappointing fiscal package? It would likely force the Fed to readopt a relatively dovish stance similar to the retreats seen in the wake of data disappointments. This has consequences in and of itself. Delays and disappointments in the Trump administration’s fiscal stimulus and tax policies now have monetary policy consequences.

This is not a positive. Raising rates in anticipation of the introduction of policies explicitly intended to accelerate growth runs the risk of the Fed becoming quickly and overtly politicized. It also increases the opportunity for policy mistakes.

The problem with the Fed’s pivot from data driven to Trumponomics driven is the lack of clarity. Expectations can differ wildly concerning the outcomes of known fiscal policies, never mind ones that are unknown. The Fed should have stuck to its policy of data dependence, but it may be too late for that now. Even the Fed was swept off its feet by Trumponomics.