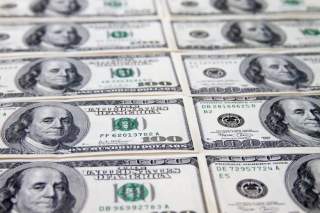 There is no doubt the Federal Reserve’s policy of quantitative easing, or “QE”, has influenced markets both at home and abroad. But it seems even policy makers may be misinterpreting precisely how it has affected the U.S. economy. Low interest rates are only part of the picture, and the Fed appears to have succeeded there. The Fed’s QE policy may very well have worked—just not in the way Fed officials think it did.

It is worth remembering that QE is simply the purchasing of assets by the central bank with newly created reserves. This increases the size of the Fed’s balance sheet substantially. There are myriad suggestions about the transmission mechanisms through which QE works (and whether it works at all). Some forms of QE target a specific interest rate—this is known as “credit easing”—whereas general QE is simply meant to increase the size of the balance sheet. Former Federal Reserve chair Ben Bernanke stated the Fed was undertaking credit easing, indicating that the aim was to lower long-term interest rates. But, importantly, it also raised the number of reserves as a consequence. It was QE—just with a more specific aim.

QE played a role in driving down the value of the U.S. Dollar. This happens as investors search for better returns in their portfolios of risk assets. Money flows to smaller countries with relatively higher yields and returns, and this drives the real exchange rate of the larger country’s currency—in this case the U.S. Dollar—lower. Raghuram Rajan, the head of the Reserve Bank of India, stated earlier this year at the Brookings Institution that “some advanced economy central bankers have privately expressed their worry that the QE ‘works’ primarily by altering exchange rates…” In other words, without the effect that QE has on exchange rates—lower for the U.S. Dollar—there may not be much of an effect at all. This is a far more significant admission than it initially appears.

If a significant portion of the Fed’s QE effect is pushed through the exchange-rate channel, this has implications for assets priced in Dollar terms. As the Dollar declines, commodities become less expensive in non-Dollar terms. This stimulates demand for commodities in non-Dollar countries, and this in turn causes prices of those commodities to rise in Dollar terms as demand increases. The Dollar weakening does not have a direct impact on U.S. buyers, but rather an indirect one, by stimulating demand for it. The effect of a weaker currency on the price of commodities can be substantial—especially if the currency is depreciating. Granted, there are also supply and demand forces driving oil prices, but changes in the value of the reserve currency could accentuate the price movement.

So, QE is meant to spur domestic demand for assets and increase consumption by increasing the size of the Fed’s balance sheet as it purchases securities or targets specific rates. It is also likely that the highly accommodative Fed policy resulted in a Dollar that was weaker than it otherwise would have been—and this may be the main mechanism through which QE is transmitted to the markets. The depreciating Dollar leads to commodities that are more expensive in Dollar terms.

In essence, the Fed has been waging a trade war—QE held the value of the Dollar down (in a time when it should have risen as safe haven), which stimulated demand for commodities and eventually increased their price, which has made U.S. shale production possible (or at least more profitable). Some analysts believe the marginal cost of production for U.S. shale is more than $100, though the Energy Information Agency says it is profitable above $90. At any rate, it is not cheap to produce, and QE made more wells more profitable.

Meanwhile, U.S. imports of crude oil declined from an annual 10.13 million barrels per day in 2005 to 7.73 million in 2013—a 24 percent decline, but U.S. production increased from 5.18 million to 7.44 million. Admittedly, it is not simply a weakened QE Dollar that has enabled the U.S. energy renaissance—but it certainly helped. QE also helped to maintain a high price during a period of relatively meager and stagnant growth.

This may also be the decisive component of the recovery, and the Fed is overlooking it. It is possible—even probable—that QE was only effective as a mechanism to accentuate the shale boom through the exchange rate. This caused more hiring in the oil sector than would have otherwise been employed and made more marginal projects profitable.

Oddly, the Fed is unwilling to admit that it wages a trade war. And this may be one of the few times the Fed gets away with it. After all, QE was supposed to lower interest rates, not alter the global commodity-production landscape. The other reason is that the United States cannot export oil (refined products, yes—but not oil), and lower-cost mid-east oil was replaced with higher-cost U.S. oil. It appears to be an excellent trade-off all around. Domestic oil production creates U.S. jobs and keeps the U.S. trade balance in better shape.

To illustrate how critical oil is to the U.S. economy now, 32 percent of GDP growth in the United States occurred in Texas between 2007 and 2013. Since 2008, Texas has also created more jobs than the rest of the country. The United States is actually reliant on oil for a significant portion of its growth, and sustained lower prices could spell trouble for the only bright spot in the U.S. economy.

And there is a problem. QE is coming to an end. This could cause the Dollar to strengthen, and oil prices to decline in Dollar terms (as we have seen recently). Typically, this would be good for the U.S. consumer. Lower oil prices are similar to a tax cut allowing them to shop and go out to eat. But this time may not play out as previous episodes have. Instead, it could have the effect of chilling spending as the economic numbers begin to slow as the oil bubble deflates. The United States cannot afford to lose this growth area—there are not many others.

The Fed is—in many ways—stuck. The hawks at the Fed are seeing the shale boom and pockets of strength (such as Silicon Valley) as signs of a broader and deeper recovery. This is likely a misinterpretation of the situation. Raising rates too far could raise the value of the Dollar and lower the price of oil, but the Fed has already committed to doing it. There is strength in particular areas of the economy, but not the whole. This ties the hands of the Fed. It is also the reason the United States should fear large-scale QE in Europe. Draghi and the European Central Bank already have a weaker Euro, which should help them with trade and maybe deflation. But they may feel they need to do more to stimulate the faltering economy. In this scenario, the Dollar should strengthen and put downward pressure on oil prices. This would be likely to cause significant damage to the growth engine of the U.S. economy. The language surrounding the length of time the Fed will keep interest rates short is encouraging, but may not be enough. Fed officials should be more concerned with the unintended consequences of their actions and less worried about how to properly word their press releases.

Without realizing it, the Fed has been fighting a trade war. Domestic oil production is high cost, and QE has held the Dollar down and the price of oil up. With QE coming to an end, the shale revolution will have to stand on its own—without the implied subsidy of QE pushing up the price. The Fed may be misreading why the U.S. economy appears ready for liftoff. The unintended consequences of QE may be also the most efficacious. More to the point, it may not be too far afield to think the Fed—through monetary policy—may replace OPEC as the defender of oil prices. At any rate, it is becoming increasingly evident that unconventional monetary policy creates outcomes far beyond those that are intended.