The Fed's Big Role in the Oil-Price Game 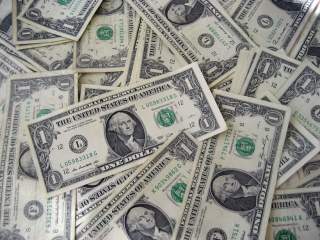 Most analysts are on the supply side of the oil-price equation. But there is something else at work—demand. Demand growth has been taken for granted for the better part of the twenty-first century: China built infrastructure and its economy grew, which created more demand for crude oil, and the cycle repeated. Now, demand growth is more tenuous, and far more price sensitive than it was in previous cycles. The familiar refrain “oil cannot stay low forever” may be true. But it can stay low for a prolonged period of time.

Oil is a dollarized commodity. And this means the U.S. dollar has a direct effect on the price of oil—specifically in non-dollar terms. This implies that the dollar’s strength matters for oil’s price recovery, because it can dramatically affect the price that non-U.S. buyers must pay without the dollar price of oil moving.

What happened last fall and winter was extraordinary. Not only did the U.S. dollar rise, but oil prices fell. As the value of the dollar rose, it caused oil to be relatively more expensive to buyers in their domestic currencies than it otherwise would have been. (Imagine a Euro bought $1.25 and this suddenly fell to $1—an $80 barrel of oil would go from costing EUR64 to EUR80 without the dollar price moving at all.) Essentially, the fall in oil prices allowed the dollar to strengthen without causing the price of oil to rise in non-dollar terms.

Price sensitivity makes this far more interesting. Since oil fell and the U.S. dollar rose, the effects outside the United States were marginal—if there is a 30 percent rise in the dollar and a 30 percent slump in crude prices, a foreign currency buys the same amount oil as before. For most of the world, the price of crude has not declined by 30 percent.

The U.S. dollar has already strengthened significantly as the Fed moved away from a strict easing policy to a confused mix of policy tightening through forward guidance and continued stimulus through the maintenance of the balance sheet.

But while the Fed was encouraging semi-controlled monetary-policy chaos, other foreign central banks were clearer with their intentions: There will be quantitative easing, and lots of it. Japan and the EU both launched or renewed QE campaigns to spur inflation. China has also stepped up its pace of policy easing, though not through the use of QE. All of this served to strengthen the U.S. dollar, and there is little to suggest it might weaken in the near future.

Oil at $50 per barrel is cheap compared to recent norms for U.S. consumers, and this makes it feel like it should be more expensive. But when the marginal demand is coming from outside the United States, it is the non-dollar cost that matters for demand creation. A rising dollar does not support rising crude prices.

This is a side-effect of the Fed’s deviation from the easing of other central banks: Oil cannot recover until there is a change of course. Demand would not necessarily be stifled by the increasing price of oil, but by the strengthening of the dollar.

The Fed says it is nearing a rate hike. Assuming this is true, and that other central banks continue to ease, it is reasonable to assume that the dollar will continue to rise or at least maintain its strength. The questions of how fast and how far are difficult to answer, but the dollar should move higher, given the current Fed stance. This causes a new dilemma for those who believe oil will quickly recover—how can dollar oil prices increase significantly when the dollar is rising?

If the dollar rises, it is a de facto increase in the price of oil for the rest of world. In short, the Fed may be the unwilling linchpin in the oil-price game, and the Fed’s interest-rate decisions will have a dramatic effect on how the oil recovery unfolds.