The Fight to Bring Back Corporate Cash 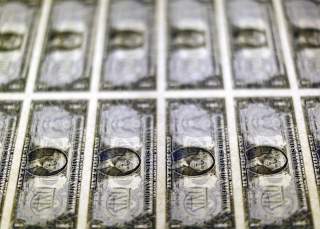 When the founders of the United States framed the American Constitution, one of the concerns that guided their work was the knowledge that popular democracy would eventually become an entirely commercial proposition. This fear is clearly illustrated by the tax “reform” legislation just passed by the Republican majority in Congress. It seeks to buy votes next November with reductions in federal tax revenue that must ultimately be funded with ever larger amounts of public debt.

Of course, all of us hope that the various provisions of the tax bill will in fact lead to more investment, higher productivity and increased economic growth. Yet if we examine the narrative that helped to win passage of the legislation, many of the assertions made by politicians and their allies in the world of economics make little sense. In particular, the notion that lower corporate tax rates will lead to repatriation of corporate cash stashed offshore, thereby funding increased investment and productivity, and ultimately creating more jobs in the United States is, upon reflection, a complete nonsense.

First and foremost, corporate investment decisions are based upon the cost of capital and the prospective equity returns that new investment can generate, not the availability of cash. In a world where corporate bond yields are at all time lows and equity market valuations are at all-time highs, the effective cost of capital for many multinational companies is arguably negative. The problem is not funding new investments, but finding new endeavors in which to deploy cheap and plentiful capital.

The economists who largely control the major central banks in the industrialized nations may be able to manipulate markets and cancel excessive debt through open market operations, but they cannot manufacture attractive investments. Indeed, the low interest rate regime put in place by the Federal Reserve, the European Central Bank and the Bank of Japan arguably retards new productive investments by driving cash into real estate, commodities and speculative whimsies such as cryptocurrencies.

One of the most outrageous fallacies put forward by economists over the past year is that lower U.S. corporate tax rates will cause the repatriation of offshore cash balances. This view, which is widely endorsed by many analysts, fails to reflect the true nature of offshore tax schemes and how problematic it will be to reverse these complex transactions.

In 2016, Karen C. Burke and Grayson M.P. McCouch the University of Florida published an article entitled “Sham Partnerships and Equivocal Transactions” for the American Bar Association’s journal Tax Lawyer. The understated article provides an in-depth look at how American corporations have stashed literally trillions of dollars in offshore venues since the 1990s to avoid domestic taxes. The authors state:

“Corporate tax shelters proliferated during the 1990s, exploiting the flexible partnership tax rules of Subchapter K to defer or eliminate tax on hundreds of billions of dollars of corporate income. The corporate tax shelters were typically structured as a financing transaction in which a U.S. corporation leased its own assets back from a partnership, generating a stream of deductible business expenses while shifting taxable income to a tax-indifferent party such as a foreign bank. Since the transaction allowed the U.S. corporation to raise capital in a tax-advantaged manner in connection with its regular business operations, it was assumed that the transaction had economic substance. Nevertheless, in scrutinizing these shelters, courts have invoked a sham partnership doctrine, derived from the longstanding Culbertson intent test, which disregards a partnership that lacks a bona fide purpose (or, alternatively, a purported partner whose interest does not constitute a bona fide equity participation).”

The Internal Revenue Service (IRS) is on to these fraudulent scams for which, of note, there is no statute of limitations. Significantly, in January of 2017, the U.S. Supreme Court declined to hear an appeal involving an adverse tax decision by the IRS against an affiliate of Dow Chemical known as Chemtech. The hundreds of corporations that have used offshore transactions to hide revenue knew that Dow’s appeal was their last hope to avoid sanctions by the IRS. General Electric is another example of an American corporation that has been forced by the IRS to reverse a bogus offshore “asset sale” transaction.

The IRS process of disallowing sham offshore transactions can be catastrophic. Consider the 2012 bankruptcy of tanker operator Overseas Shipholding Group (OSG). When the IRS disallowed half a billion dollars in offshore “asset sale” transactions, the company was forced to file bankruptcy and restate years of financial statements. A torrent of litigation ensued.

Violations of U.S. tax laws can lead to both civil fines and criminal prosecution for the corporate managers and their legal counsel who designed these schemes. In the case of OSG, the company’s tax counsel was sued for negligence in the bankruptcy. OSG’s tax lawyers then sued OSG’s senior executives. The competing claims were eventually settled, but none of this has created any value for OSG’s shareholders, much less any new jobs.

The 2017 tax law begins a new regime for future corporate taxes, but it may also compel recognition of huge past-due tax liabilities. All previous offshore corporate tax avoidance scams will now be exposed to IRS review. Dow and General Electric were required to pay back taxes, interest and penalties (up to 60 percent in Dow’s case). Dow and General Electric, however, escaped the criminal prosecution other corporate managers (and their legal counsel who designed these schemes) have faced.

The process of reconciling offshore revenues is going to be exceeding painful for corporate managers and investors alike. Fessing up to past acts of tax avoidance is hardly likely to result in a wave of new corporate investments that increase productivity and economic growth. Indeed, while the process of coming to Jesus in the world of offshore financial partnership may generate a lot of revenue for the U.S. Treasury, it is unlikely to boost corporate investments or even result in the actual return of cash to the United States.

Some investors are already anticipating that the tax legislation will result in a bonanza of stock repurchases that will boost share prices above current levels, but in fact the opposite may be the case. With an appropriate level of enforcement by the IRS, the notion that a lower tax rate on future revenue will lead to increased levels of cash for U.S. corporations that are compelled to come forward and confess their sins with respect to past tax returns and financial disclosure seems fanciful.

Many economists will be surprised to learn that the new tax bill does not actually require repatriation of offshore cash. Treasury is instead employing “deemed repatriation,” which means the IRS taxes you on your unrepatriated foreign earnings whether you bring the cash back to the United States or not.

Taxes will be applied over eight years in an end-weighted formula which means you make your biggest payment, roughly 25 percent of taxes due, in year eight. The tax rates reportedly will be 15.5 percent on cash balances and 8 percent on non-cash balances. Just imagine what a compliance nightmare this creates. What is the definition of "cash"?

More astute corporate managers and legal counsel who have participated in past tax avoidance transactions may approach the IRS and try to cut a deal. We could even see a formal tax amnesty proposed by the Trump administration, but Washington insiders give such an idea long odds in the near term.

“Treasury would consider offering an amnesty only if corporations evinced a real fear that they were about to be caught up in its maw,” notes one respected tax analyst in Washington. “I’m not 100 percent sure we are there yet. We did this with Swiss bank accounts only when we had them dead to rights.”

Treasury is already working on the implementing regulations for this “virtual repatriation.” Another veteran Washington observer says that earnings return provisions of the tax bill are the highest priority item, followed by the anti-base erosion provisions, and then the worldwide regime on Global Intangible Low Tax Income—with a great acronym, “GILTI.”

In theory, Treasury is going to put in place the deemed repatriation rule to raise the roughly $200 billion over ten years they need to move to a system which excludes most foreign-sourced active business income from U.S. taxation. This is the aptly named “participation-exemption system” that the American business community has been lobbying to get for years.

But of course none of this is likely to result in a wave of new investments or job creation—unless you are a tax lawyer or consultant. One way or another, Treasury is going to collect its money. Perhaps that’s how House Speaker Paul Ryan plans to cover the increased deficits intentionally implemented by the new tax legislation. And for all of you economists and hedge fund moguls who think that the new tax legislation will result in a cash repatriation bonanza that will benefit stock prices or the economy: better think again.