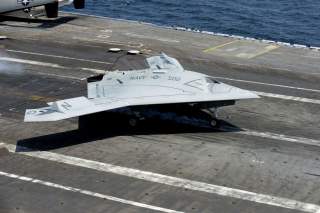 Unmanned aerial vehicles (UAVs) aren’t new.  Nations have been using drones in combat since at least World War II, and they’ve made up an important part of the aerial arsenal ever since.  In the last two decades, however, the massive expansion of communications bandwidth has combined with the ongoing miniaturization of electronic components to produce a Golden Age of UAV technology.  Drones, once relegated to intelligence, surveillance, and reconnaissance (ISR) missions, have become star players in the U.S. Wars on Terror, and now play critical roles in the military establishments of many nations.

What countries have made the most of the drone age?  Some of the answers are unsurprising; nations with huge investment capacity and ongoing military conflicts have obvious advantages in the ability to develop drones, and to develop ways of using them for strategic purpose.  This article looks at the five nations that have most effectively taken advantage of the Golden Age of the Drone, with more of an emphasis on how these countries have managed innovation, organization, and deployment than on the characteristics of specific weapons.

The United States remains, by far, the world’s leader in drone technology.  A decade of extensive operational work with drones has given the U.S. military tremendous experience with the architecture, design, and employment of UAV technology.  Although inter-service and inter-agency conflicts slowed the development of drones in the latter half of the Cold War, the need for airpower in the Wars on Terror has prompted a massive wave of innovation.

Every U.S. service employs thousands of UAVs, conducting missions that range from strike to ISR to communications relay. The drone campaigns over Iraq, Afghanistan, Pakistan, Yemen, and Somalia have captured imaginations, and not always in a good way.  Not since the use of B-52s over North Vietnam has an air campaign earned quite so much international criticism. However, these campaigns barely scratch the surface of UAV contributions to U.S. military operations.

The United States is also pushing the limits of drone innovation.  However the UCLASS UAV program works out, it will provide the United States with the foundation for a carrier borne drone capability that can keep U.S .naval aviation vital. The United States has also pioneered work on stealth drones, high altitude surveillance drones, and other vehicles that fill needs across the spectrum of political and military policy.

Like the United States, Israel has extensive experience with drones, having used them for decades in an ISR capacity. The Predator drone itself has an Israeli pedigree, as some of the earliest designs came from an Israeli immigrant to the United States.  Israel has taken the same capital, technology-intensive route to drone development as the United States, producing UAVs that fill key roles within a broader surveillance-strike complex.

Drones allow Israel to keep close, constant tabs on Gaza, the West Bank, and southern Lebanon, as well as parts of Syria near the Golan Heights. Particularly relevant for a country that obsesses as much about the potential for prisoners of war as Israel, drones have also taken on a strike role, operating in Egypt and the occupied territories.

Perhaps most importantly, Israel has become a huge exporter of drone technology, sending UAVs with support equipment and trainers to a wide array of countries around the globe. The extent to which Israeli technology has directly influenced drone programs in Russia and China remains an open question. However, there is no question that Israeli technology and production is pushing the global drone “race” forward.

The People’s Republic of China, perhaps recognizing how lucrative the emerging international market might prove, has begun to invest heavily in drone production. China has (so to speak) allowed a hundred flowers to bloom with respect to UAV production and development, with both the big state-owned defense enterprises and a host of smaller, private suppliers trying to enter the market. This has resulted in a bewildering array of options for the Chinese government, with drones that have the potential to fill a lot of different niches in the PLA’s military framework, including counter-terror operations.

The Chinese have also begun to work out the implications of drones for their A2/AD system, as well as for ongoing efforts at “salami slicing” in the East and South China Seas.  With respect to the former, drones in the ISR role can provide the critical data input that China’s systems of anti-access systems needs to function.  On salami slicing, drones offer a degree of escalatory uncertainty that suits a “relaxed” aggressor interested in probing the defenses and resolve of a coalition of opponents.  Using drones gives China access to airspace over contested areas, without conveying the same threat that manned aircraft would offer.

China will remain a huge player in the drone market moving forward, and seems to be taking the right tack by emphasizing public-private cooperation in technology.  This is an approach that the Americans and Israelis have also adopted.

Whatever threat Iran may pose to Middle East stability, the Islamic Republic is rarely mentioned in lists of cutting edge technology. Iran regularly boasts of extremely sophisticated systems (recall the Qaher 313 “stealth fighter”), and many of its claims on military technology need to be taken with a grain of salt.

But on drones, Iran punches well above its technological weight. Iran has struggled with putting together the systems needed to deploy a tactical attack drone, but it’s done a good job with affordable, reliable engines and airframes. Iran’s experience shows that modest investment can, in the right circumstances, have a high payoff.  Iran has used drones extensively in Syria and Iraq, supplying the Iraqi and Syrian governments with recon data and identifying targets for manned airstrikes. Altogether, Iran probably has more operational experience with drones than any country other than Israel or the United States.

Iran has also had success in exporting its drones to proxies, such as Hezbollah, where they mostly play the same ISR role. Hezbollah has experimented with suicidal drones (not quite the same thing as cruise missiles, but not that far off), and Israel can probably anticipate a more complex aerial environment in the next Lebanon conflict.

The Golden Age of Drones didn’t strike at quite the right time for Russia.  In the 1990s and 2000s, Russia was saddled with a large, inefficient, not particularly innovative military-industrial complex that was essentially hung over from the Soviet years.  Developing advanced new UAVs, especially ones that depended on access to high tech communications networks, didn’t fall into the wheelhouse of the Russian system.

Things have changed, somewhat. The Russian aerospace industry still has enough kick to produce interesting airframes, and Russia has accumulated enough war experience in the last fifteen years to develop some good operational doctrine with respect to employment. Russia also seems to have a good appreciation of what UAVs can offer from a military standpoint.

There’s no indication thus far that Russia has used attack drones in Ukraine, but there’s little doubt that Russian forces have used UAVs to identify and track Ukrainian forces, supplying data to “separatists.” Russia has also explored the potential for drones in the Arctic.  Long-range surveillance drones can undoubtedly improve Russia’s ability to manage and monitor its vast northern regions.

Looking ahead, the United States, China, and Israel will almost certainly remain on this list ten years from now.  Each of these countries has developed the industrial capacity and human capital for drone development, and each has good reasons for staying on the edge of innovation.  Iran and Russia may struggle to stay on top.  Boxers can only punch above their weight for so long, and notwithstanding the creative ways that Iranians have employed drones thus far, a basic lack of industrial and innovative capacity relative to larger military-industrial complexes may eventually hamstring them.  The Russian MIC remains large, but problems with the Russian economy, combined with the hugely expensive demands of reforming and recapitalizing the entire Russian military, could slow progress on drones.

Who might replace these countries?  Good candidates include India, Brazil, and several EU countries. India combines familiarity with Russian practice, friendship with the United States, and an innovative tech sector.  Brazil’s military aviation industry continues to grow, and the Brazilian military may become a reliable customer.  France, when it decides to move in that direction, could potentially produce some very effective UAVs.  The field remains open, and opportunities abound.