The Five Most Important Arms-Control Agreements 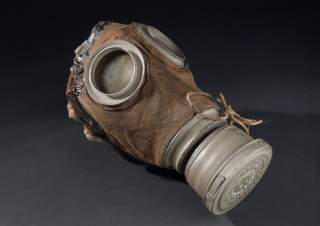 We’ve been taught to expect that nations will seek to defend themselves through every measure available to them. International law has rarely offered significant protection to the weak, and multilateral efforts at controlling how states develop, spread and amass weapons have regularly been met with scorn and derision.

But sometimes states come together, and for one reason or another agree to give up their rights to unilaterally build up arms. Many arms-control arrangements have failed; some have succeeded, and in many cases the story is mixed. This article takes a look at the five most important arms-control agreements of the 20th and 21st centuries, with a focus on how they changed the behavior of governments and the conduct of war.

Just after World War I, Japan, the United States and the United Kingdom embarked on ambitious programs of naval construction designed to provide supremacy over any would-be foe. There was no doubt, however, that the expense of a new arms race would prove beyond the means of several of the competitors. In the wake of the war, the United Kingdom simply lacked the resources to match U.S. construction. Japan was willing to make a game of it, but the ambitious construction program of the IJN would have overwhelmed the Japanese economy. New battleships proved a tough sell to the U.S. Congress.

The Washington Naval Treaty of 1922, negotiated between the five major naval powers (the United Kingdom, the United States, Japan, Italy and France) set specific quotas for battleship ownership (18:18:10:6:6). It also limited battleship size to 35,000 tons, and battleship guns to 16”. The treaty determined that any ship larger than 10,000 tons, or carrying guns heavier than 8”, would be deemed a battleship. Navies around the world, although mostly the USN and the Royal Navy, scrapped acres of aging battleships.

The follow-up London Naval Treaty of 1930 set limits on the size of the auxiliary fleet and mandated the scrapping of additional battleships (15:15:9). A Second London Naval Treaty, taking force in 1936, essentially gave up on the project of arms limitation because of the defection of Japan.

The treaty didn’t prevent World War II, and the decision of the Japanese and Italians to defect in the 1930s certainly gave them a leg up on the next war. However, the Washington Naval Treaty surely slowed battleship construction and the increase of battleship size, and prevented several governments from impoverishing themselves in the 1920s to no good effect.

The first major lethal gas attack of World War I took place in April 1915, when German forces unleashed a barrage of chemical shells on French colonial positions at the Second Battle of Ypres. The gas attack opened a major hole in the French lines, but the Germans failed to exploit it.

Further uses of chemical weapons on the Western Front made a horrible war even more horrific. Soldiers could defend themselves from chemical attacks through the use of protective clothing and gas masks. In practice, these measures made life in the trenches even more uncomfortable for the soldiers.

The use of poison gas deeply colored memory of the war, such that the great powers undertook multilateral efforts to limit the use of such munitions in the future. In the 1920s, optimism ran high about the prospect of banning various kinds of warfare, including chemical weapons, strategic bombing and unrestricted submarine campaigns. Efforts on the latter two succumbed to international bickering, institutional interest and military necessity. The Geneva Protocol on chemical weapons, signed in 1925, stuck.

The Protocol didn’t entirely prevent chemical-weapons usage during the ensuing sixty-five years (until the conclusion of the Chemical Weapons Convention). The Italians used gas in Ethiopia, the Japanese in China, and the Iraqis and Iranians against one another in the Persian Gulf War. Still, the apparent break from practice in World War I is remarkable; World War II saw almost no chemical-weapon use between major combatants.

The Protocol doesn’t deserve all the credit. Chemical weapons are tough (although not impossible) to manage in combat. The major combatants worried about reprisal attacks (although this didn’t prevent the resort to strategic bombing or unrestricted submarine warfare). Poison gas had acquired a horrific reputation even before the Protocol (as had other forms of warfare). Finally, the treaty left a variety of loopholes that states could have exploited if they saw fit.

Still, it’s hard to plausibly conclude that the treaty had no effect on military decision making. Many expected that World War II and the various brushfire conflicts of the Cold War would descend into chemical conflagration, but it never happened. In large part this was because of the fear, disgust and revulsion caused by the use of gas, the memory of which depended, to great extent, on the successful use of international means to make such attacks illegal.

In 1963, President John F. Kennedy declared in reference to efforts to come to a nuclear agreement with the Soviets “the reason why we keep moving and working on this question, taking up a good deal of energy and effort, is because personally I am haunted by the feeling that by 1970, unless we are successful, there may be 10 nuclear powers instead of 4, and by 1975, 15 or 20.” These comments were not out of line with broader concerns about proliferation; the basic requirements for development of nuclear weapons would soon become within the means of dozens of Asian, European and Latin American countries.

Today, those demands are easily within the reach of almost every major nation in Europe, Asia and Latin America. Only the reluctance to pursue the development of nuclear weapons prevents the kind of proliferation that Kennedy and others expected. The Nuclear Non-Proliferation Treaty isn’t the only thing making the prospect of nuclear proliferation look hazardous and generally icky, but it’s part of the picture.

Negotiated in the 1960s and entering into force in 1970, the NPT allowed the five existing nuclear powers (France, United States, USSR, United Kingdom and China) to retain their weapons for a time, as long as they worked for long-term disarmament. It prohibited non-nuclear signatories from pursuing nuclear weapons, but assured such states of access to the peaceful use of nuclear energy.

The NPT has not been a complete success. None of the five original powers have eliminated their stockpiles, although four of the five (with the exception of China) have reduced the numbers of warheads since the end of the Cold War. Four new states have developed nukes, including Pakistan, India, Israel and North Korea. Nevertheless, nine is a much smaller number than twenty-five, and no one thought that Kennedy’s concerns in 1963 were absurd or implausible.

Today, even as the international community remains frustrated by the nuclear efforts of countries like Iran and North Korea, the NPT provides tools for evaluating, monitoring and criticizing nuclear progress.

In the 1950s and 1960s, it appeared that both the United States and the Soviet Union had the interest and capability to deploy ballistic-missile defense. Although expensive and of uncertain reliability, such systems could promise a measure of protection for critical areas such as national capitals, ballistic-missile bases and submarine pens.

Policy makers on both sides, however, foresaw that the deployment of such systems could rapidly accelerate the arms race. The superpowers would undoubtedly attempt to nullify the defenses by saturating them with additional missiles, bombers and cruise missiles, increasing instability and making everyone worse off.

In the United States, Secretary of Defense Robert McNamara led the charge against an anti-ballistic-missile system. McNamara fully appreciated the serious costs and trivial benefits of the systems the United States was considering, and also understood that the United States could defeat projected Soviet systems simply by increasing the number and sophistication of its launch vehicles.

As part of a broader effort at strategic-arms limitation, the Anti-Ballistic Missile Treaty entered effect in 1972. As negotiated, the treaty allowed each country to build two ABM sites. This facilitated investment in research and technology without necessarily creating an unstable situation. It also reassured the Soviets, who worried not only about NATO missiles, but also about the threat from China. The United States soon gave up on its projected ABM site, although it continued research on theater defense systems throughout the 1970s and 1980s.

The ABM held until 2002, when the administration of George W. Bush abrogated the agreement in pursuit of national missile defense. Fortunately, the time had passed when either Russia or the United States could attempt to radically outbuild the other in offensive systems. Nevertheless, the abrogation of the treaty created significant tensions between Moscow and Washington, and led both China and Russia to accelerate plans for modernization of their strategic arsenals.

The START I treaty originated in the early 1980s, at one of the tensest moments in the Cold War. President Ronald Reagan proposed a massive reduction of strategic delivery systems, particularly the ballistic-missile arsenals that heavily favored the Soviets. The effort was designed to mollify domestic arms-race critics while putting pressure on the Soviets. Eventually, the treaty would serve an entirely different purpose; facilitation of the post–Cold War reduction of nuclear arsenals in the United States and the former Soviet Union.