The Fog of Diplomacy: Creating a False Picture of the Iran Nuclear Talks 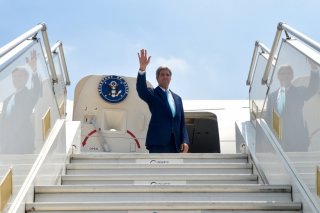 The extension of the Iran nuclear negotiations for another four months surprised many in the political elite and the news media. The consensus was that the talks were failing, because as U.S. officials had said repeatedly, Iran was refusing to agree to reduce its enrichment capabilities radically to assure the P5+1 that the nuclear program was solely for peaceful purposes.

That U.S. official line has shaped media coverage of the talks for months. But that picture of the state of the negotiations assumed that public statements about the positions of the two sides reflected the whole reality of the negotiations. What was actually happening was that both sides were making demands going well beyond what they knew they would accept in the end, hoping to make the more moderate demands more acceptable.

The same diplomatic maneuvering is practiced in any series of international negotiations, but in this case, the fog of diplomacy was more dense than usual. One reason is that the Obama administration felt that it had to manage the public discourse about the negotiations in the United States to avoid losing control of public opinion to the pro-Israeli right in Congress.

But the Obama administration had also been using a range of methods to put pressure on Iran to make concessions on its nuclear program since Obama’s first days in office. Obama had given his blessing to the NSA-CIA-Israeli plan for the “Olympic Games” cyberattacks on Iran’s Natanz enrichment plant as a form of pressure on Iran’s policy; the administration had peddled the line that it couldn’t control Israel much longer unless Iran entered into serious negotiations, and it had produced the sanctions regime to deprive Iran of much of its oil export earnings.

Even before the negotiations on the comprehensive agreement began in May, the Obama administration had put out the central political line that has shaped media coverage of the talks ever since: that the United States was going to demand that the length of time it would take Iran to enrich enough uranium to weapons-grade for a single bomb be less than six to twelve months. Secretary of State John Kerry established that premise last April when he promised the Senate Committee on Foreign Relations that that the administration would seek a “breakout time” of more than one year but might settle for no less than six to twelve months, compared with the two months he said was the current estimate of Iran’s breakout capabilities.

In an article in The National Interest, former Obama administration proliferation official Robert Einhorn explained what that demand would mean: Iran would have to agree to reduce the total number of centrifuges from 19,000 to “a few thousand”, Einhorn wrote. Anything more than that, he suggested, would allow Iran to continue to have a breakout timeline that was simply too short.

That became a recurring theme in the news coverage of the talks. In May and June, briefings by U.S. officials hammered away at the idea that Iran was resisting the reasonable steps that were needed for a settlement. On June 20, for example, Under Secretary of State Wendy Sherman said, “What is still unclear is whether Iran is really ready and willing to take all of the steps necessary to assure the world that its nuclear program is and will remain exclusively peaceful.”

The whole idea that the United States could not be assured that Iran would not rush to a bomb unless Iran agreed to dismantle 75 or 80 percent of its centrifuges was a clever bit of political theater. Few serious analysts of the nuclear issue take the “breakout” concept very seriously, because it involves a scenario of Iran kicking out the International Atomic Energy Agency (IAEA) and starting to enrich uranium as fast as possible in order to get enough to build one bomb that is entirely implausible. Former national intelligence officer for the Middle East Paul Pillar has called the “breakout” concept “a scary fantasy” and “badly flawed standard for formulating a negotiating position….”

But even if it were a valid measure of Iran’s good faith, lengthening the “breakout” time to six to twelve months would not require that Iran get rid of 75 to 80 percent of its centrifuges. It could be done by reducing some of the centrifuges, as well as reducing Iran’s stockpile of nearly 8.5 metric tons of low-enriched uranium.

The administration also knew that Iran had been prepared for a deal to reduce as much as half of the 19,000 centrifuges it had installed, because Iran has ostentatiously refrained from making them operational for years, suggesting that they were to be bargained away in eventual negotiations.

Nevertheless, both sides began the negotiations with positions that were very far from such a deal. The initial draft included bracketed text inserted by the P5+1 calling a reduction in centrifuges to two different levels: about 1,000 and a few hundred, as Iran’s supreme leader Ali Khamenei revealed in a July 7 speech. That extreme demand was obviously put in the draft to make its later demands more acceptable to Iran.

Iran’s opening proposal in the draft agreement was equally extreme. P5+1 diplomats were complaining to Reuters on June 20 that Iran was insisting on “tens of thousands” of centrifuges. But the P5+1 also knew that Iranian Foreign Minister Mohammad Javad Zarif had also floated the idea early in the negotiations that Iran could settle for 9,400 centrifuges for the full duration of the agreement, according to diplomats involved in the negotiations cited in a July 14 Wall Street Journal story. The diplomats said Zarif had introduced the idea informally “several weeks earlier”.

Then came supreme leader Khamenei’s July 7 speech referring to Iran’s “absolute need” for “190,000 SWU” (Separative Work Units—the equivalent of the production capability of the first-generation centrifuges). Khamenei also said it didn’t have to happen right away, leaving the actual timing open-ended. Nevertheless, the speech triggered another round of handwringing by the United States, and its P5+1 partners suggested to the press that Khamenei had made it all but impossible to reach an agreement. On July 12, a senior U.S. official briefing the press in Vienna declared tartly that Iran’s enrichment capabilities had to be cut rather than vastly increased.

But the posturing gave way to serious negotiations when Kerry and Zarif met from July 13 to July 14. After the talks, both Zarif and Kerry signaled how far they had come in narrowing differences. Zarif publicly confirmed the proposal he had floated weeks earlier, telling David Sanger of The New York Times, “I can try to work out an agreement where we would maintain our current levels.”

In his press briefing on November 15, Kerry said he wouldn’t “get into what we’re talking about in numbers or whatever,” but then he added, “we have made it crystal clear that the 19,000 that are currently part of their program is too many…” His choice of focusing on the total number of centrifuges rather than on the number actually in operation implied that he was willing to negotiate on Zarif’s proposal as part of a larger package.

Zarif suggested in the interview with Sanger that he had latitude to negotiate on how long the freeze would last, because of Iran’s agreement with Russia to provide fuel for its Bushehr nuclear power plant until 2021. “We want to produce only what we need,” Zarif said. “Since our reactor doesn’t need fuel for another seven years we don’t have to kill ourselves for it. We have time.”

And Kerry dispatched the idea that Khamenei’s reference to “190,000 SWU” was either new or a threat to the negotiations. The reference “reflects a long-term perception of what they currently have in their minds with respect to nuclear plants to provide power,” said Kerry.

Kerry acknowledged that there were still “very real gaps,” but he said there had been “tangible progress”, and explained that the problem was “we have not yet found the right combination or arrived at the workable formula.” He was pointing to the fact that the negotiators were working on a combination of Iranian actions that would provide the assurances the P5+1 was demanding.

The preliminary agreement of last November and the agreement on the extension of the talks for four more months provide clues that the package deal will involve conversion of some of the low-enriched uranium stockpile to oxide powder, which cannot be enriched to weapons-grade levels, and eliminating the rest of it by combining it with depleted uranium to make natural uranium. The Joint Plan of Action of November 23 included a pledge by Iran to begin the conversion of UF6 into oxide power as soon as its new facility for that operation was ready to operate. And the agreement on the extension includes a commitment by Iran to blend down the three metric tons of uranium enriched to 2 percent or less that represents a waste product of the enrichment to 3.5 percent.