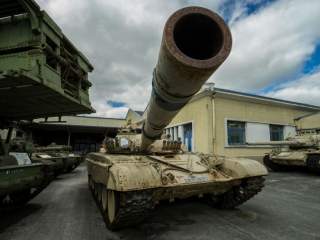 On April 5, 2016, Azerbaijan and Armenia declared a cease-fire after four days of intense fighting in Nagorno-Karabakh along the line of contact. However, during April 26–28, Armenian armed forces located in the occupied regions of Azerbaijan began shelling the civilian settlements in the villages of Aghdam, Agjabadi and Terter districts of Azerbaijan with heavy artillery, grenade launchers and large-caliber weapons. Many private houses and buildings were destroyed, districts’ electrical systems and gas lines of have been severely damaged, and several people were reportedly killed as a result of the shelling. In response, Azerbaijan’s defense ministry prepared “to launch destructive strikes by all means of Armed Forces, including rocket artillery forces, to the occupied territories of Azerbaijan, if the Armenian side does not immediately stop the use of force against civilian residential districts.”

The possible eruption of war between Azerbaijan and Armenia would therefore certainly have a negative effect on the energy infrastructure (such as oil and gas pipelines, and hydroelectric plants) and facilities of the region, notably that of Azerbaijan. This would undermine prospective energy projects and foreign investment in the energy sector.

During the clash in early August 2014 that took place along the line of contact, Armenian defense minister Seyran Ohanyan had threatened that the Armenian armed forces would commit sabotage against the Mingachevir hydroelectric power station, which is the largest reservoir in Azerbaijan. The defense ministry of Azerbaijan warned that “such provocations would lead to more severe consequences for them” with “a very sharp and adequate response,” adding that “The Azerbaijani Armed Forces are capable of striking any military facility located in the territories occupied by Armenia.”

Armenia’s belligerent rhetoric is backed up by several factors. During October 1–13, 2012, Armenia held military exercises in Armenia and Nagorno-Karabakh with the involvement of over 40,000 troops and thousands of pieces of military hardware, where they practiced possible attack scenarios and air strikes on the oil and gas infrastructure of Azerbaijan. It is no secret that Armenia has also deployed several KUB anti-aircraft and S-300P air-defense complexes, plus missile defense systems in the occupied territories of Azerbaijan. Meanwhile, Armenia is a key importer of Russian military hardware, which includes long-range operational-tactical missile complexes such as the Scud-B and Tochka-U; the country is expected to receive multiple rocket launchers (Smerch and TOC-1A) according to a recent military agreement with Russia. Furthermore, on April 5, the self-styled defense ministry of Nagorno-Karabakh warned that it could hit the oil facilities of Azerbaijan using the Iskander, Scud-B and Tochka-U systems. The question is how the Iskander system reached Nagorno-Karabakh. Russia reportedly held negotiations in 2015 on the transfer of Iskander tactical-missile systems to Armenia. On May 4, during the recent closed-doors meeting of the National Assembly of Armenia, Defense Minister Seyran Ohanyan noted that there are different types of long-range weapons in the military arsenal of the Armenian armed forces, including the “Iskander” system, which will be used in case of large-scale hostilities.

Moreover, Armenian politicians went too far in their bellicose rhetoric by declaring the alleged presence of a nuclear weapon in Armenia. Amidst the recent armed escalation in Nagorno-Karabakh region, the former Prime Minister of Armenia and current MP Hrant Bagratyan made the sensational claim, “We have the capacity to create nuclear weapons,” adding that “we have nuclear weapons… to protect Armenia and Nagorno-Karabakh against further attacks.” The point is that Armenia, as a signatory to the Non-Proliferation Treaty, is openly declaring its readiness to use nuclear weapons in military operations against Azerbaijan. Moreover, retired Armenian Maj. Gen. Arkady Ter-Tadevosyan also voiced the possibility of Armenia using a dirty bomb against Azerbaijan, mentioning that “Armenia has a weapon, created by Armenians, which the enemy is not aware of and which will be applied in the most difficult moment.” The spokesman for Armenia’s defense ministry, Artsrun Hovhannisyan, said, “Our arsenal includes military hardware that doesn’t exist in many countries and that many can only dream of.”

Those unsettling statements came amid the State Security Service of Georgia’s recent detention of three Armenian citizens in Georgia, suspected of smuggling radioactive materials. According to the State Security Service of Georgia, “Armenian citizens were able to acquire uranium (U238) for $200 million.” It was alleged that the attempted smuggling was initiated by businessmen in Armenia, backed by members of that country’s government; their affiliation to the Armenian Security Service was not ruled out either. During the investigation, it was found out that each of them had been previously an employee of the Metsamor nuclear power plant, an outdated Chernobyl-type facility. Earlier it was confirmed that Armenia keeps the nuclear fuel and radioactive waste from Metsamor NPP in the occupied territories of Azerbaijan, as official Baku has not had effective control of those territories for more than twenty years.

The importance of and the measures for ensuring the security of energy infrastructures is strongly elaborated both in the National Security Concept and the Military Doctrine of the Republic of Azerbaijan. The National Security Concept of the Republic of Azerbaijan strongly emphasizes the importance of energy in Azerbaijan’s integration with Euro-Atlantic structures. Article 3.6 of the NSC calls “actions against energy infrastructure of the Republic of Azerbaijan” a threat to the country’s national security. Key tasks of the NSC include ensuring the security of energy infrastructure (the Baku-Supsa and Baku-Tbilisi-Ceyhan oil pipelines, the South Caucasus Gas Pipeline, and oil/gas terminals) between the Caspian, Black Sea and Mediterranean; strengthening security measures for effective functioning of the Europe-Caucasus-Asia and North-South international transportation corridors; and identifying and eliminating external threats to the security of transportation infrastructure.

The Military Doctrine (MD) of the Republic of Azerbaijan connects the country’s security to the exploration of Azerbaijan’s rich oil and gas resources in the Caspian Sea and their transportation to the world market, as well as its active participation in international energy projects and its geopolitical position at the crossroads of the international trade, transport and communication lines, all of which increase Azerbaijan’s likelihood of being a target for attacks. According to the MD, any subversive and terrorist activities directed against energy and transportation infrastructure is considered a possible military action against the Republic of Azerbaijan. The MD also considers the occupation of Azerbaijani territories as a main military threat to the national security of Azerbaijan. Therefore, Azerbaijan retains the right (Article 28 and 48) to mobilize necessary forces and means within the framework of defense policy in order to repel military aggression and the use of force to restore the territorial integrity of the country.

Thus, the translation of the theoretical threats mentioned in Azerbaijan’s defense doctrine into practice would be devastating for the region’s energy and transportation, because Azerbaijan has been an important regional country for Western energy companies realizing giant energy projects ever since signing the “Contract of the Century” in 1994. Thus far, Azerbaijan has successfully implemented major energy projects, such as Baku-Tbilisi-Ceyhan, Baku-Supsa and the South Caucasus Pipeline. Those projects contain huge investments from major energy companies, promising the diversification of energy supplies and ensuring the energy security of European countries.

In fact, the escalation in hostilities coincided with the intensification of talks on the Southern Gas Corridor. Thus, supportive statements on the Southern Gas Corridor made by the EU’s High Representative Federica Mogherini on February 29 at the Southern Gas Corridor Advisory Council meeting, and the positive remarks of Secretary of State John Kerry during his meeting with Azerbaijan’s President Ilham Aliyev on March 30 at the Nuclear Security Summit, are key points in this regard. Moreover, the acceleration of TANAP’s construction and TAP’s implementation, including the European Commission’s approval of the agreement between Greece and TAP, should not be of concern to third-party actors that are not eager to see the SGC successfully completed. The work to implement the Southern Gas Corridor’s major chains—TANAP and TAP—is currently ongoing.

Thus, potential instability and military disorder in these critical areas could impede the continued flow of oil, and undermine the development of new energy infrastructure and the construction of the gas pipelines that constitute a backbone of Azerbaijan-Georgia-Turkey trilateral energy cooperation.

In fact, the prosperity of the South Caucasus depends on stable borders and neighbors. If Armenia had not followed the “war track” in early 1990s, the country could have provided a shorter route for transporting the Caspian’s rich energy resources from Azerbaijan to the West—benefiting both Armenia and its population. Instead, Armenia has opted for an “occupation.” Therefore, in order to prevent the risk of possible war in the region, the international community should pressure the Armenian government to demonstrate a more constructive position in the negotiations with Azerbaijan. The decades-long “conflict-management” approach of the OSCE Minsk Group should be immediately shifted to “conflict resolution.”

Ilgar Gurbanov is an Expert Advisor in the Baku-based Centre for Strategic Studies. He holds an MA degree in EU International Relations and Diplomacy Studies from the College of Europe (Belgium).