Is This the Future of Chinese Submarine Power? 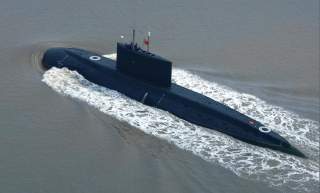