The Future of the U.S. Nuclear Deterrent 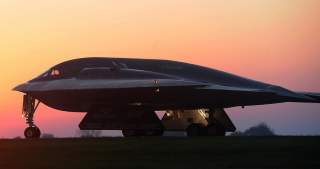 The future role of the U.S. nuclear deterrent may not seem as urgent an issue as health care, terrorism, energy and the environment, because nuclear weapons do not touch the daily lives of Americans. But, as a wag once said: “a single nuclear weapon can ruin your whole day.” The essence of nuclear-weapons policy is to avoid a catastrophe that could easily destroy the lives and property of tens of thousands, if not millions, of people. So there is widespread agreement among public officials, military leaders and knowledgeable outside experts that the ultimate goal that must guide all policy efforts is to avoid the explosion in anger of even a single nuclear weapon.

Hiroshima and Nagasaki remain a vivid reminder of the extraordinary destructive power of nuclear weapons and the certainty that the world would never be the same after any nuclear weapons use. The corollary is that nuclear weapons are not—and never should be—credible instruments of war. No country or subnational group should ever be permitted to consider such weapons usable in any conflict. The ultimate purpose of nuclear-weapons policy is to deter their use.

This view of nuclear weapons was not always accepted. In the early days of the Cold War, in the 1950s, Secretary of State John Foster Dulles and Air Force Chief of Staff Curtis Lemay advanced a doctrine of massive retaliation. This doctrine rested on the assumption the threat of instant and large-scale nuclear reprisals would serve as an effective deterrent to conventional war. Widespread deployment of nuclear weapons in theater, such as nuclear artillery, mines and surface-to-surface missiles, would ensure escalation if war began, thus deterring any Soviet use of conventional military superiority in Europe, while avoiding the cost of matching that Soviet force.

It took two decades for the United States and Soviet Union to understand that nuclear weapons alone were not a credible deterrent to conventional war. Both sides undertook “war games,” detailed theoretical exchanges of long-range (strategic) nuclear weapons. Computer simulations defined the number and type of nuclear forces required to survive a “first strike,” with sufficient capability to impose unacceptable damage on an adversary in a retaliatory strike. These simulations became credible in arms limitations negotiations and were the basis of a series of nuclear agreements between the United States and the USSR that did reduce the number of deployed long-range (strategic) delivery vehicles.

After India tested a nuclear bomb in 1974, President Carter drew the world’s attention to the danger of the spread of nuclear weapons. A successful diplomatic initiative slowed the pace at which advanced countries, such as France, Germany and Japan, were introducing spent fuel reprocessing and enrichment activities to the nuclear fuel cycle, because these activities would introduce weapons-usable material into commerce.

With the fall of the Soviet Union and the end of the Cold War in 1992, and the growing terrorist threat, the nuclear-security agenda has shifted sharply to encompass both the U.S. nuclear-weapons posture and counterproliferation efforts to prevent the spread of nuclear materials and technology to nations or subnational groups that seek to acquire a nuclear weapons capability.

The change in security threats and the nature of conflict reduces the role of nuclear weapons in the U.S. national-security posture. As the number of weapons required for the United States to execute its obsolete Cold War strike plans decreases, the pace of retirement and dismantlement of unneeded nuclear weapons should correspondingly increase. Policy concerns shift to counter proliferation: detecting, deterring and destroying efforts of rogue nations and terrorist groups to acquire nuclear devices, bomb usable materials, such as highly enriched uranium and plutonium, and radiological substances. Current U.S. counter-proliferation programs include improved security for the stewardship of nuclear material and weapons stockpiles and multilateral efforts to control international trade in nuclear-weapons-associated technology, expertise and information.

Efforts to encourage countries to give up their nuclear weapons and/or their nuclear aspirations have been somewhat successful. Some states have retreated from the nuclear brink: South Africa, all the states of the former Soviet Union, and potentially Iran, which has agreed to postpone but not abandon the nuclear option.

Counter-proliferation does not ignore the implications of the global spread of commercial nuclear power, especially enrichment and reprocessing (the front and back end of the nuclear fuel cycle respectively).

Just as there is general agreement on the ultimate goal of nuclear policy today, there is also consensus regarding the agenda of issues that require immediate attention. But there is a striking division of opinion on how to approach long-term nuclear weapons goals.

Views differ about how best to address two realities: nuclear weapons are only usable by irrational or desperate state and sub-state actors, but their existence cannot be wished away.

The idealist believes that any inventory of nuclear weapons, no matter how small, presents inevitable risks of catastrophic accidental, unauthorized use and theft.

The pragmatist believes it is impossible to reverse the knowledge of how nuclear weapons are made and to reach agreement on their elimination as long as there are irreconcilable political differences and security concerns among national and subnational groups. A small and feeble U.S. nuclear posture could encourage other nations to acquire a larger and politically more influential force.

The two views have endured through dramatic geopolitical shifts—from the Cold War and the arms race between the United States and the USSR. to today’s terror and cyber threats. There is no way to choose conclusively between these two views; both positions deserve respect.

A few examples illustrate the extent and depth of this division.

Pragmatists believe that because declaratory statements of intent can be reversed when the occasion demands, declaratory statements have no predictable effect on how opponents might react. Moreover the ambiguity of potential first use, on balance, contributes to deterrence, since an adversary cannot rule out the possibility of a preventive strike. Distinguished leaders support both positions. But, in my opinion, it is hard to believe that a no first use declaration is the first step to nuclear abolition.

In signing the NPT in 1970, the United States agreed to Article VI: “Each of the Parties to the Treaty undertakes to pursue negotiations in good faith on effective measures relating to cessation of the nuclear arms race at an early date and to nuclear disarmament, and on a treaty on general and complete disarmament under strict and effective international control.” The comma in this expression importantly separates nuclear from general disarmament; and from international control.

Idealists view this article as committing the United States to a path of zero nuclear weapons, perhaps in the distant future. Pragmatists see this provision as an empty promise made by the United States in order to conclude a very lengthy and contentious international negotiation among 190 countries. The strong support for Article VI came less from widespread concern about possible nuclear use than from countries such as Brazil, Egypt, India and Mexico, who understandably did not see the logic of the NPT that allowed the United States and four other nuclear weapons states to possess nuclear weapons while proscribing them for all others.

The United States has not ratified the CTBT since the UN General Assembly adopted the treaty over twenty years ago, although it has had a moratorium on nuclear testing throughout this period. It is unlikely that the Senate will take up the treaty in the next four years and there is no prospect of passage unless a new path is found to bridge the bitter divide between the idealists who support and the pragmatists who oppose the CTBT.

The idealists believe that U.S. adoption of the CTBT will slow the spread of nuclear weapons and strengthen the resolve of its signatories to take robust actions, such as sanctions against those who seek to acquire weapons, without risking the safety or reliability of the U.S. nuclear stockpile.

Pragmatists believe that confidence in the performance of U.S. nuclear weapons underlies the credibility of the deterrent, and this confidence will erode if nuclear testing is foregone forever. The purpose of the test is not to validate stockpile reliability (that would take a long testing campaign), but rather to confirm that the country’s weapon experts have the knowledge and ability to predict in quantitative detail the outcome of an underground nuclear explosion. The pragmatists also doubt that U.S. accession to the treaty will dissuade some countries, such as North Korea, or subnational groups, such as ISIS, from pursuing the bomb.