The Future of U.S. Intelligence: Adapting to Deal with China 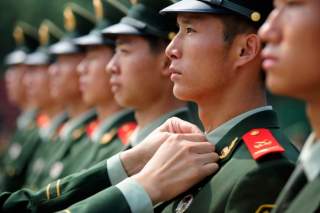 Problems with expertise-building on China in the U.S. Government are not a new issue. In February 1977, the National Security Council staffer on China and one of the leading China analysts of his generation, Michel Oksenberg, wrote a memo to Zbigniew Brzezinski expressing concern at the quality and future of China analysis across the government. Oksenberg presented the problem as how to cultivate talent so that in fifteen to twenty years down the road, there would be at least a few dozen top-flight specialists. Unfortunately, Oksenberg probably had more success trying to resolve this dilemma from outside government on his own initiative than did the U.S. Government, leaving the status quo to haunt us today.

These two main thrusts—encouraging proactive analysis and deliberately building regional expertise—require a fundamental change in the attitude about analytic production. Most analysts are evaluated on the basis of “what have you done for the office lately,” meaning that any time away from the production line is not a worthwhile use of time. If a few weeks or months away from the desk—even say drafting a national intelligence estimate for the National Intelligence Council—is not valued, then no meaningful change can take place. With more analysts than ever working narrower and narrower accounts so that individual development can be assessed, pulling analysts away from the line to pursue further education, deep research, and open source collection seems a good way to broaden analysts’ coverage and expertise for the IC’s long-term benefit.

Favoring the status quo in U.S. intelligence based on the misguided notion that anyone can analyze China is precisely the kind of attitude that feeds the perpetual and ill-considered reform mantra “intelligence reform good, CIA bad.” The past is past, and China looms large in the future. Whether gearing up the United States for competition or trying to find pathways to peaceful coexistence, the IC leadership and the policymakers they support need a core of strong China specialists to feed the broader government machinery.

In most ways, concerned Americans should hope the problem is with the IC and not with policymakers. Policymakers face the daunting task of understanding the world and trying to manage the challenges it presents. However, if at a basic level they misunderstand China and they have not been provided with accurate, insightful China analysis, then problems with U.S. policy run far deeper and will be much more difficult to correct. A brain can be sharpened, but there is no cure for ears that are closed.