The Ghosts of World War I Circle over Ukraine 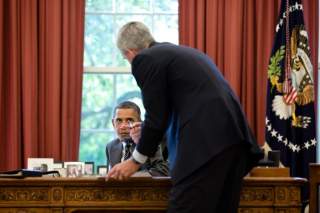 We don’t yet know the details behind the tragic downing of the Malaysia Airlines jetliner over eastern Ukraine on July 17, but in one sense, the details aren’t going to matter very much in the global scheme of things. The geopolitical outcome is already known. World outrage has focused on Russian president Vladimir Putin to such an extent that Putin has suffered a huge loss of moral authority. That, in turn, lessens his range of actions in his ongoing confrontation with the West over Ukraine and increases the likelihood that Russia will lose its traditional dominance over that split country that straddles Russia and the West.

If that happens, prospects for a rapprochement between Russia and the West will be dead for a considerable period. And the watchword in U.S.-Russian relations will be hostility.

Thus, the downing of the Malaysian airliner is likely to be one of those hinge points that historians look back on as having deflected the course of world events. In these spaces the other day, Jacob Heilbrunn suggested a possible correlation between the Malaysia Airlines disaster and the assassination of Austria’s Archduke Ferdinand in Sarajevo, Bosnia, which set in motion events leading to World War I. It’s worth pondering, particularly an element of the Sarajevo story that could prove pertinent to our own time—namely, the mushrooming of seemingly isolated events into major geopolitical confrontations.

It is noteworthy how quickly the political passions leading to the Sarajevo assassination were overwhelmed by much larger and more profound geopolitical realities and tensions. The fate of the Serbs and their struggle against their Austrian overlords, a matter of intense political anguish in the Balkans at the time, evaporated in significance as Europe’s great powers grappled with complex alliance structures, far-reaching foreign-policy imperatives, internal political threats, and the exigencies of national honor.

Similarly, the emotions generated the past week at the thought of innocent air travelers getting blown out of the sky will soon be subsumed under much more significant geopolitical ambitions and maneuverings. As columnist E.J. Dionne Jr. wrote this week, “Miscalculation and thoughtless error have often sown chaos in the relationships among nations. The deaths of 298 innocent people . . . transformed the battle for Ukraine into a global issue.”

While nobody seriously believes the missile attack on the airliner was a purposeful effort to kill civilians with no stake in the fate of Ukraine, it appears that pro-Russian separatist elements in eastern Ukraine fired the missile that downed the plane and that they received the training for the weapon, if not the weapon itself, from Russia. And, since the United States considers the separatist insurgency in Ukraine to be illegitimate and Russia’s involvement even more so, it was inevitable that the July 17 tragedy would be leveraged for broader geopolitical aims.

It will work. World opinion is turning powerfully against Russia and President Putin, with a lot of help from important world leaders such as President Obama and his ambassador to the UN, Samantha Power, as well as many others throughout America and Europe. The result is that Putin will lose much of whatever leverage he had in the matter of the fate and future of Ukraine. Whatever prospect he had of negotiating an end to Ukrainian bloodshed on terms acceptable to him will be lost in the storm of anger generated by that airliner attack.

Again, this is reminiscent of the Sarajevo crime, so heinous that it swept away much of the sympathy previously harbored for the Bosnian Serbs in their struggle against the Habsburgs. Even the timing of Ferdinand’s visit constituted a nasty insult to Serbs throughout the Balkans, coming as it did on the venerated Serbian holiday commemorating the 1389 Serbian defeat at the hands of the Ottomans. But now this insult, not to mention the broader Serbian struggle, no longer mattered in the geopolitical swirl unleashed by the assassin’s bullets.

Similarly, Putin’s range of options will be severely attenuated now in the wake of the Malaysian Airline disaster. We are likely to see in Ukraine a chain of events that Putin was seeking to prevent through a series of extremely delicate and calculated maneuvers. To understand what this is all about, it is necessary to explore the fundamental interests that Putin was pursuing in Ukraine as well as President Obama’s attitude toward those interests.

Russia’s interest in Ukraine is two-fold. First, it is imperative for Russia’s national interest, and also for its cultural sensibility, that eastern Ukraine be allotted a reasonable degree of autonomy from the central authority in Ukraine. Ukraine is a split country. Half of its people are of western origin and look to the West as the locus of their cultural identity. But the country’s eastern half is populated by people of Russian origin, who speak Russian and whose cultural identity emanates from what they consider the Motherland. Russia considers it a national imperative to prevent these people from being swallowed up in a Ukraine dominated by the Western-oriented people of its western regions.

More significantly, Russia’s national interest requires that Ukraine never come under the full sway and influence of the European powers. Ukraine has been part of the Russian sphere of influence for more than 350 years, and this reality has contributed greatly to the country’s sense of security. The geography of Russia—vulnerable to attack through lands devoid of natural protective barriers—gives it a sense of vulnerability that has been, for centuries, uppermost in the minds of its leaders and populace. The result is a need to control surrounding territory as a hedge against that inherent vulnerability. Ukraine has been part of this strategic concern for centuries.

What this means is that Russia may accept Ukraine as a buffer nation between East and West, so long as its Russian-speaking people are accorded a proper degree of cultural respect and autonomy. But it will never allow Ukraine, and particularly eastern Ukraine, to be pulled away from its historical tie with Russia and become a part of the West. This geopolitical necessity is as firmly embedded in the Russian consciousness as the Monroe Doctrine is embedded in the American geopolitical outlook.

With this in mind, let’s turn to the facts on the ground. When Ukraine’s previous president, Viktor Yanukovych, was forced from office following massive pro-Western street protests that turned violent and generated threats on his life, the country appeared to be headed toward civil war. The new president, Petro Poroshenko, faced the need to put down the separatist insurrection in the country’s east. Russia’s Putin, after annexing Crimea in the crisis, seemed willing to accept Poroshenko’s governing mandate to keep his remaining nation intact.

He asked his parliament to rescind the previously enacted law giving him the right to invade Ukraine. He said he and his government “want to create conditions for [a] peace process.” He also ignored pleas from the separatist rebels in Ukraine that they be allowed to join the Russian Federation. Poroshenko welcomed these actions as the “first practical step of support for the peace plan.”

Further, when Poroshenko launched a military attack on insurgent positions in the east, Putin did not embrace the insurgent cause. Soon Ukrainian government forces had cut in half the territory controlled by the rebels and squeezed them largely into the eastern industrial city of Donetsk. Morale crumbled in the rebel forces, and dissention emerged. As described in an excellent dispatch in Canada’s Globe and Mail, several dozen militia fighters in Donetsk abandoned their weapons and fatigues and disappeared. One rebel recruit was quoted as saying, “Russia abandoned us. The leadership is bickering. They promise us money but don’t pay it. What’s the point of fighting?”

Meanwhile, the putative leader of the separatist rebellion, Igor Girkin (or Strelkov, as he is more widely known), acknowledged substantial impediments to enlisting support from locals. “It is very difficult,”  he said, “to protect this territory with the forces at our disposal.”

In other words, Poroshenko was winning the war for control of eastern Ukraine, and Putin did not pursue overt actions to reverse his gains. That’s the most salient reality of the situation on the ground.

But Putin did provide covert support to the rebels in an effort to keep them from being overrun. Most likely, he pursued this approach largely to protect his bargaining position, and that of eastern Ukraine, in any peace negotiations that might emerge.

After all, Poroshenko has not exactly conveyed a sensitivity to the interests of Russia or his own Russian-oriented citizens. Upon taking office, he seemed to accept a degree of autonomy in the East, but he set clear limits. Ukraine, he said, “was, is, and will be a unitary state.” More significantly, he forcefully advocated a move “towards fully fledged membership of Ukraine in the European Union”—building upon, he said, actions already taken to create an association agreement with the EU and visa-free travel for Ukrainians to European countries. The call for “fully fledged” EU membership generated prolonged applause in the Ukrainian parliament.