The Glaring (Ir)Relevance of Ramadi 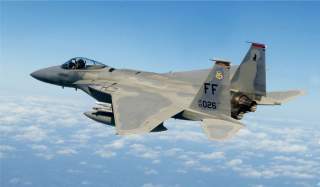 What does the fall of Ramadi mean? Even as the Obama administration acknowledged that Ramadi was a setback, spokesman Josh Earnest shrugged it off, declaring that the administration won’t “light our hair on fire” every time there is a setback in Iraq. Meanwhile, hawkish critics of U.S. policy have jumped on the defeat to justify their call for a more robust response. The Pentagon first said Ramadi would be a significant loss, but then argued that it wasn’t. Senator John McCain, on the other hand, labeled the defeat an “abysmal failure.”

Rhetorical positioning aside, the fall of Ramadi is essentially irrelevant to the final outcome in Iraq. Though a city of moderate strategic value considering its proximity to Fallujah and Baghdad, Ramadi does not spell victory for ISIS anymore than Iraq’s retaking of Tikrit from the insurgents spelled defeat for ISIS (despite suggestions to the contrary from the Obama administration). The battle for Iraq will depend on the ability of the Iraqi government to mobilize enough effective fighting power to stop the ISIS expansion. Unfortunately for Iraq, despite over a decade of U.S. investment in training and equipment, Iraq’s military appears incapable of mustering consistent fighting effectiveness to deal a decisive blow to ISIS on the battlefield. The only sure way Iraq can hope to defeat ISIS is by encouraging greater external intervention in the form of airstrikes, weapons, and most importantly of all—ground troops.

Second, Ramadi is irrelevant because, absent a dramatic change after the 2016 elections, it will not change U.S. policy. The fall of Ramadi makes clear that limited U.S. airstrikes are not enough to do the job, but even more clear that Obama has no intention of sending enough military force to change, however briefly, the momentum on the ground. As Susan Rice told USA Today, "We are not going to own this battle as Americans and put combat forces back on the ground again," she said. "That is not what we are about." Iraq will get more weapons, more equipment, and a higher tempo training program, but these will not be enough.

If the U.S. military had managed to transform the Iraqi military into an effective fighting force during eight years of herculean efforts, Ramadi would not have happened. They could not, however, and there is no reason to think additional lesser efforts will work now. Even an expanded air campaign (for which there is little desire within the Obama administration) would be unlikely to make a difference. Given the risks of civilian casualties and the limits of airpower against irregular forces, airstrikes alone cannot roust ISIS from Ramadi or Fallujah. Without meaningful political reconciliation that invites the Sunnis to the table or an overwhelming ground force to compel them, Iraq’s civil war will continue in search of a victor.

Even more fundamentally, Ramadi is irrelevant because the underlying cause of the weak Iraqi military is, in fact, the Iraqi government, which has had years and ample incentive to field a competent military but has failed to do so. In turn, the Iraqi government lacks legitimacy thanks to the sectarian fissures rent open by the 2003 war and the intense trauma and challenges associated with rebuilding a nation after descending into civil war. This problem will not go away whether the Iraqis manage to retake Ramadi in a month or a year.

Ironically, the real relevance of Ramadi for the United States is that it will encourage America to keep ignoring the biggest threat to its strategy in Iraq: the Iraqi government. The Iraqi government helped lay the foundation for ISIS’s success by waging its own sectarian war against the Sunni population under the guise of nationalism for the past decade. Even at this desperate hour, Baghdad refuses to take in displaced Sunnis from nearby cities fleeing the ISIS advance. The Sunni-Shia “rift” has become a gaping chasm in Iraq. As a result, despite its status as an extreme and distinctly minority faction among the Sunnis in Iraq, ISIS has managed to play the Sunni-Shia hostility to its advantage, winning recruits while the Iraqi government’s ability and, perhaps, interest in rallying Sunnis to the flag decreases daily.

This sectarianism has consequences at all levels. On a military level, the use of Iranian-backed Shia militias to retake Sunni territory may succeed in the short-term, but there is very little chance these forces will gain the vital support of the wary Sunni public in expelling insurgent forces from the area. Thus, even if the Shia militias are able to retake Ramadi, the victory will be hollow and short-lived.

On the domestic political level, aside from absolutely shredding the already shaky credibility of the Iraqi Army, the continued reliance on Shia militias by the Iraqi government plays into the ISIS messaging that their cause is one of religious purity against the infidels and apostates—the Government of Iraq is sending an incredibly clear message to their Sunni populace that this is, in fact, a sectarian war. Very few Iraqis will forget the violence and atrocities committed during the last flare-up of sectarian violence following the bombing of the Golden Mosque in Samarra. By making this is a Shia-Sunni fight instead of a government-insurgent fight, the government is making public cooperation incredibly unlikely—much less likely, in fact, than if the Iraqi Army, with its nationalist appeal, continued to muddle ineffectively through this conflict, as opposed to the Shia militias with their religious appeal.

On a geopolitical level, the failure of the U.S. trained, equipped, and supported Iraqi Army, and subsequent Iraqi reliance on Iranian-backed Shia militias damages U.S. credibility, fuels anti-Americanism, and makes future partnerships with both state and non-state actors in the Middle East more difficult.

Win or lose in Ramadi, the damage is already done and U.S. strategy continues to be undone by the very government it is intended to support. Calls for increased airstrikes, training, or direct military intervention in the region are foolish because they fail to address the root issues at stake. In short, the path to a peaceful solution does not run through Ramadi, Fallujah, or Mosul—it runs through Baghdad.

A. Trevor Thrall is associate professor at the School of Policy, Government, and International Affairs at George Mason University and an adjunct scholar at the Cato Institute.

Erik Goepner is retired from the Air Force, having commanded units in Iraq and Afghanistan, and is now a doctoral student in public policy at George Mason University.

Maxwell Pappas is an Active Duty Army Officer. He led a Rifle Platoon in Anbar Province during the Iraq surge and commanded two companies in Afghanistan. He now is a graduate student in security studies at Georgetown University.