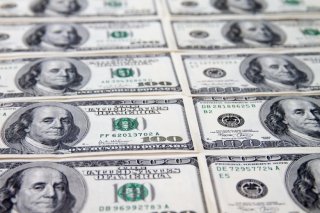 Pity the central bankers. The media from time to time may characterize them as the all-powerful shapers of economic destiny, but in reality they have only the bluntest of policy tools at their disposal, can seldom accomplish much on their own, and, when they do act on their own, often find themselves beset by unintended consequences. All these limitations and the attendant risks have become increasingly apparent as the Federal Reserve (Fed) and the European Central Bank (ECB) continue to deal almost single handedly with their respective financial-economic crises.

The root of the bankers’ problem is straightforward enough. They cannot deal directly with the underlying causes of the crises they are called on to manage. The American crisis, for instance, started with a real estate collapse and evolved into severe federal budget problems in an extremely sluggish recovery. The Fed has done what it could to ease the attendant strains. By increasing flows of liquidity, it has made credit more generally available, decreased its cost, and, by so reducing the threat of defaults, prevented panic from spreading to otherwise healthy sectors. But for all the relief provided in this way, none of the Fed’s actions have diminished the debt overhang or promised more effective budget control. Only the government and private sector can do that. Europe, similarly, has faced a debt overhang from misguided budget policies. The ECB has also used a flood of liquidity to ease immediate strains and stop a contagion in markets. But it, too, has had to wait on others, in this case the governments of Europe’s so-called periphery, to remedy the underlying problems. The most, then, the central banks have done, or could do, is buy time for others to address the causes of crisis.

Central bankers face still other constraints. They know well that they cannot buy time indefinitely. The longer they maintain extraordinary flows of liquidity, the more they increase the risk of other problems. One is financial bubbles. Some suggest that a bubble has already formed in U.S. Treasury and German government debt. Were these or any other bubble to burst, Europe or America would find itself involved in a new financial-economic crisis. The extra liquidity flows also impose longer-term risks of an increase in inflationary pressure with all its attendant evils. Yet, because central banks cannot simply withdraw the liquidity support without risking financial upheaval and recession, at least not until those who can implement fundamental solutions do so, they face what can only be described as a Hobson’s choice where every day they must deal with pressures both to increase and decrease liquidity in markets.

Policy makers at the Fed seem at the moment to have decided to split the difference between the two extremes. Sufficiently worried about the longer-term dangers of excess liquidity, they have ended their former practice of buying government and mortgage debt outright, a tactic referred to as quantitative easing. They plan to curtail amounts of liquidity further some time in 2015 by raising interest rates. But because they still have no fundamental remedy to the underlying problems, monetary policymakers remain especially concerned about moving too far or too fast. Fed Chairperson Janet Yellen has acknowledged this precarious balancing act by making clear the Fed’s willingness to postpone or soften any part of its planned policy change. Such a half-way approach hardly gives confidence on either side, but, in the circumstance, this is the best the Fed can offer.

The ECB is in an even tighter spot. Like the Fed, it worries about financial bubbles and, in the fullness of time, even inflation. But the greater severity of its debt crisis makes it harder still to think about ending extraordinary liquidity flows. The decision by Europe’s periphery to adopt only half the suggested remedies has intensified the pressure on the bank. Germany, the ECB, and the European Union (EU) have stressed correctives that include both budget control, to maintain credibility in capital markets and avoid a relapse into crisis, and steps to make these economies more flexible and growth oriented, in order to produce sufficient new wealth to overcome the otherwise ill effects of austerity and ultimately discharge the debt overhang decisively. Because these governments have opted only for the budget control and not the economic reform, strong recessionary pressures have developed and even the threat of near-term deflation, which have compounded the financial crisis and postponed indefinitely the time when the ECB can consider efforts to forestall any of the ill effects of strong liquidity flows.

It is a frightening and increasingly unstable picture. One Wall Street veteran has characterized it and the central bankers in an especially cruel way. “They may not know what they are doing,” he has said, “but they are afraid to stop.” There is an element of truth here, but it nonetheless overstates. The central bankers do know what they are doing. They are just stuck because others, those with the power to fix matters, either cannot or will not step up to their obligations. The Fed may succeed with its cautious unwinding, even if Washington fails to remedy its budget and economic policy problems. The ECB can entertain no such hope. Circumstances compel it to maintain extraordinary flows of liquidity, whatever its legitimate fears about the dangers involved.