The Good News and the Bad 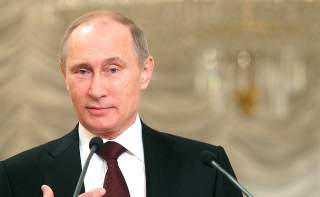 Russia played a surprisingly large role in the recent American election campaign. According to the Director of National Intelligence, Russian state agencies were involved in cyber hacks and leaks designed to disrupt the campaign, and President Barrack Obama and Vice President Joseph Biden both spoke publicly about steps to deter future cyber attacks. Hillary Clinton and others expressed dismay about favorable references to Vladimir Putin by President-elect Donald J. Trump. Ironically, however, the campaign may place Trump in a better position to attempt a “reset” with Russia than the one that Secretary of State Clinton attempted in 2009.

Any American president faces the same basic dilemma. Russia is a country in decline, but it remains a potential threat to the United States and others because it is the one country with enough missiles and nuclear warheads to destroy the United States. A decade of growth based on high oil prices obscured the fact that high-tech exports represent only 7 percent of its manufactured exports, and Russia needs to modernize its economy. Dependent on energy resources, Russia is a “one-crop economy” with corrupt institutions and serious demographic and health problems. Putin’s strategy of intervention in neighboring countries and the Middle East, and his cyber meddling is designed to make Russia look great again, but is making their situation worse in the long run. Declining countries often take more risks and are thus more dangerous—witness the Austro-Hungarian Empire in 1914.

This is the policy dilemma that President Trump now faces. On the one hand, it is important to continue to resist Putin’s game-changing challenge to the post-1945 order that states do not use force to steal territory from their neighbors. It is equally important to prevent Putin from dividing the United States from Europe and weakening NATO. At the same time, it is important to avoid the complete isolation of a country with which we have overlapping interests in nuclear security, non-proliferation, anti-terrorism, the Arctic, and regional issues like Iran and Afghanistan. Financial and energy sanctions are necessary for deterrence; but we also have real interests in dealing with Russia on these other issues. The good news is that Trump is in a position to improve communications, and Putin is open to deals, and that no one benefits from a new Cold War. The question is whether President Trump can balance these objectives.

Joseph Nye is Harvard University Distinguished Service Professor and author of Is the American Century Over?