The Grand Dilemma: What Is the Most Dangerous Threat to America? 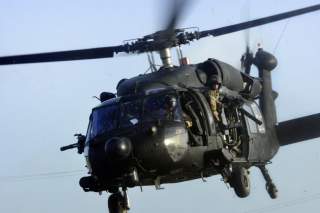 In formulating its defense policy, the United States has to face four separate security challenges simultaneously: China, Russia, Iran, and Sunni jihadism. This is very different from the Cold War era when, although America faced security problems in many parts of the globe, there was one overarching challenge that it confronted throughout the world: the Soviet Union.

The Soviet threat during the Cold War was undoubtedly much greater than any of the four threats that America now faces. The Soviet Union was a global threat, while Russia, China, Iran, and Sunni jihadists are mainly regional threats. Nevertheless, dealing with four separate threats is much more complicated than dealing with just one.

The Cold War, of course, was not simple, and the “Soviet threat” was complicated because it did not just emanate from Moscow alone, but from numerous governments and revolutionary movements allied to it. But however much the challenges these posed emanated from local or regional causes, their linkage (real or imagined) with the Soviet Union was what made them the focus of Washington’s attention. Further, while the Soviet-American dimension of so many of the conflicts that took place during the Cold War meant that all of them had the potential for escalation, it also meant that Washington and Moscow had a strong incentive to negotiate with each other directly in order to limit them. Moreover, both superpowers could prevent escalation by reining in its allies in these local and regional conflicts.

This is not the case now. The challenges posed by Russia, China, Iran, and the Sunni jihadists are largely separate from one another. The threat Russia poses to American interests is mainly in Europe. The one posed by China is mainly in East and Southeast Asia. Iran and the Sunni jihadists both threaten American allies and interests in the Middle East, but they are also a threat to each other.  While distinct, these four separate challenges do interact with one another. For example, America’s growing concern with Russian policy toward Ukraine and Europe means that U.S. foreign policy cannot “pivot toward Asia” (i.e., focus on containing China) as fully as the Obama administration may have wanted. Further, while Iran and the Sunni jihadists are virulently opposed to each other, Washington has to be concerned that any actions it might take to weaken one will only serve to strengthen the other.

What can Washington do in these circumstances? Ideally, it would prioritize all four security concerns equally. But while it must pay some attention to all four of them, Washington will inevitably focus on what it sees as the biggest threat or threats at any given moment. Those allies who see any of the others as more threatening to them will be (indeed, already are) disappointed, but this is a problem that is unavoidable and will have to be managed.

How, then, should America prioritize the security concerns that it faces? With its enormous population, growing economy, and modernizing military, China is arguably the most important security challenge that America—and the rest of the world—faces. It has the potential not just to be a regional threat, but a global one. Yet despite its growing assertiveness of late, Beijing’s behavior has been less aggressive than that of Moscow since its annexation of Crimea, support for the rebels in eastern Ukraine, and increasing threats to European stability.

Similarly, while Iran is certainly more powerful than the faction-ridden Sunni jihadist movement (in which both Al Qaeda and the Taliban are now at odds with ISIS), Tehran has been seriously negotiating with the P5+1 (the United States, Britain, France, Germany, Russia, and China) to resolve the nuclear issue, and Tehran shares with the West and others a common fear of Sunni jihadists. And while some are doubtful that Iran truly seeks rapprochement with the West, there is little question that ISIS, Al Qaeda, and similar groups are not open to diplomacy, and that they would overthrow all those Middle Eastern governments which fear Iran (as well as topple the Islamic Republic itself) if they could.

This analysis suggests, then, that at present, America should prioritize Russia and Sunni jihadists over China and Iran. Leadership changes, internal quarrels, or other developments could occur, though, which lead Russia and the Sunni jihadists to become less threatening and/or China and Iran to become more threatening. It is possible that some new threats could emerge, but also that some old ones could recede.

In dealing with multiple security challenges, American foreign policymakers will constantly have to think about how policies intended to deal with any one of them will strengthen or weaken the others. While they will understandably seek to reduce all of the security concerns that America faces, they will need to be wary that the seemingly easier task of undermining a lesser threat does not counterproductively strengthen a greater one.