The Great Debate: U.S.-Chinese Relations and the Future of Asia 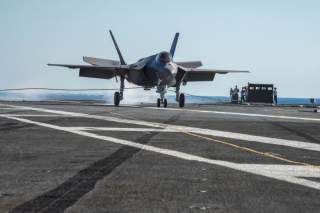 TNI Debates U.S.-Chinese Relations: The following is a debate centered on the TNI recent article by Lyle Goldstein How China Sees America’s Moves in Asia. A response was submitted by Michael Chase, Timothy Heath and Ely Ratner which you can read here. The below is Mr. Goldstein’s reply:

The appraisal of my most recent short piece on U.S.-Chinese Relations by Michael Chase, Tim Heath and Ely Ratner is a useful discussion about this most critical relationship as our national leaders head off to Beijing. We all evidently agree that there are major “risks of strategic rivalry,” and that careful reflection is required to find “the best way to avoid the destabilizing effects of military competition…” Yet their response is flawed: there is an incomplete understanding of Chinese sources, a shallow approach to international-relations theory, and an all-too-rosy picture of a deeply troubled and underperforming bilateral relationship.

On the key issue of Chinese sources, the authors named above appear to have little familiarity with 东北亚论坛 [Northeast Asia Forum], the journal that they consider to be not worth discussing. This is inappropriate for a scholarly assessment. It they had the opportunity to read this journal, maybe even more than one issue as I have, they would find some of the most detailed and interesting Chinese scholarly analyses published about North Korea and Sino-North Korean relations generally—for example, this fascinating piece written by a professor at the Central Party School. Indeed, the salience of Northeast Asia issues strongly suggests that Western analysts should pay more attention to this unique Chinese-language journal.

The article under discussion is actually described in its preamble as funded by research grants from the [China] National Social Science Foundation’s “key projects,” as well as the Chinese military’s “Key Point Science Building Project.” This high-level sponsorship suggests the article cannot simply be dismissed as so much bloviating by uninformed military enthusiasts. It will likely interest (and discomfort) American policy specialists that studies by RAND and also CNAS are discussed in the Northeast Asia Forum article as primary evidence for malevolent American intentions with respect to China.

My critics suggest that the article I discussed from Northeast Asia Forum was an outlier of some sort, but their discussion fails to note that the article was the lead piece in that journal and that I had clearly stated the caveat that the authors were not among the Beijing elite. In fact, I made this point explicitly to show that the approach I was taking would be different: a kind of “bottom-up” approach to looking at Chinese strategy. Readers and critics alike are not aware that my original title for the piece was “A Look Under the Hood of US-China Relations.” Sometimes, to understand a complex issue, one has to look deep into the machinery, rather than at the shiny exterior.

Indeed, it is by focusing on the shiny exterior that these critics seem to develop a truly muddled understanding. Western diplomats and analysts who have spent time in the Chinese capital know that there are no shortage there of “barbarian handlers”—people expert at explaining how reasonable China is. They tend to speak superb English, and generally excel at telling foreigners what they want to hear, more or less. My critics here cite the writings of Prof. Zhu Feng as representing a more “authoritative” source of analysis. Their citation is, in fact, a case in point and illustrates exactly the problem I am suggesting. Any Chinese scholarly article that is published in English should be considered a likely “propaganda piece” aimed at a foreign audience. There are exceptions to that rule, of course, but this is often the case. Reading Chinese foreign-policy journals appearing exclusively in Mandarin is essential to achieving a deeper understanding of the origins of China’s policies.

(You May Also Like: The Five Most Deadly Armies of Asia.)

There is a diversity of highly significant viewpoints on the Peking University faculty, to be sure. In my first piece for the TNI “Dragon Eye” series , I mentioned that Prof. Wang Jisi had written recently that many Chinese are calling for “iron wrist diplomacy.” Wang is not himself calling for that approach—quite the opposite—but his prescient observation fits with the conclusion of my original analysis. Peking University is well known as a highly progressive institution, and not necessarily one in the political mainstream, actually. Prof. Zhu, not surprisingly, has received significant funding for his research program from Western foundations. That should also suggest a clear problem in taking his viewpoints as typical of Chinese strategists generally. Zhu is a keen observer of American foreign policy and I particularly appreciate his enlightened perspectives, but his analyses rarely have actual policy recommendations, as is apparent in the piece my critics cite approvingly. This is in contrast to the analysis I originally discussed from Northeast Asian Forum that made direct policy recommendations regarding Chinese national-security resources.

As a participant in a Peking University Conference back in 2010, I recall one senior Peking University faculty member emphatically declaring that China would not endeavor to build an aircraft carrier. A few minutes later (after that scholar had left the room), a Chinese admiral also participating in the conference directly contradicted that scholar and clearly stated that China’s aircraft-carrier program was on track. Peking University faculty members are skilled and impressive on so many issues, but military development and its crucial relationship to national strategy is not their strong suit, at least not yet. My critics need to double down on Chinese-language sources and develop a simultaneously deeper and also more nuanced understanding of sources in the complex Chinese intellectual context. A shallow understanding of China’s threat perceptions is leading to a situation in which America’s China watchers are continually surprised by Chinese actions and the nature of China’s military buildup, which is real.

With respect to international-relations theory, the critique is also weak. Prevailing international-relations theory holds as a core tenet that great powers will all too frequently be drawn astray by subjective perceptions and become locked into “escalation spirals,” and “security dilemmas” that can fuel rivalry, arms racing and also trigger wars. My critics here appear disturbingly oblivious to this line of reasoning. According to their critique, “Washington think tanks assessments … are not ‘poisoning’ the U.S.-China relationship. Instead, the principal factor undermining regional stability is China’s more assertive behavior …” Beyond the idea that hawkish think-tank discussions have no culpability for intensifying the U.S.-China rivalry, the claim regarding China’s newly assertive behavior is also rather dubious, as Harvard Professor Iain Johnston has demonstrated in International Security in mid-2013. China has, with few exceptions, always been quite assertive in the modern era. This is simply the nature of great powers.

China is not and has never been a “cute and cuddly panda.” Beijing’s relations with Manila and Hanoi are clearly fraught and dangerously so. However, an in-depth understanding of international-relations theory reveals that these tensions between a rising power and its neighbors are natural and constitute no major danger to the global balance of power, nor even to the normal functioning of the international system. TNI readers, well versed in American history, do not need to be reminded that U.S.-Mexican relations had a few “rough patches” in the nineteenth and early twentieth centuries and, moreover, that Washington had never taken kindly to London or other any other European power’s offers to mediate these territorial disputes. As with so many analyses of rising China by Americans, the real fear often quite paradoxically turns out to be that Chinese may start behaving more like Americans.

My critics here present a bizarre distortion: “the most dangerous rivalries in Asia today are between China and its neighbors, not China and the United States.” They seem to believe that if the United States simply keeps increasing the pattern of military exercises with Japan and in the South China Sea and sending additional armed might into the region, that these conflicts will somehow disappear. Since the United States is not really involved, so the logic seems to go, no actual practical diplomatic steps toward solving these difficult disputes are deemed necessary. Does that strategy appear to be working so far in the region? I think not. Tensions have only increased since the “rebalance” was introduced in 2010. Spheres of influence constitute an immutable principle of international relations, not a fad that can be wished away by neo-liberals who invest their faith in conflict resolution by way of international tribunals. How did the neo-liberal approach fare in the Ukraine crisis? The prospects might be considerably darker for the South China Sea.