The Great Drone Debate: Time to Move Past Fear and Confusion 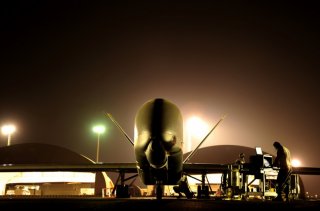 With the emergence of ISIS in Iraq, renewed attention has been given to the use of armed drones to permit greater U.S. intelligence gathering and tactical action, without necessitating U.S. boots on the ground. This is a popular position. A CBS News/The New York Times poll released last month found that a majority of Americans (56 percent) support the use of military drones to carry out targeted attacks against militants in Iraq. Recently, we also saw the court-ordered release of the legal basis for the U.S. targeted killing of American Anwar al-Awlaki by drone strike in Yemen. While the memo provides the public with some useful information, much more is needed to get a full picture of the rationale and basis for the U.S. drone program.

A year ago, President Obama laid out a near-term vision for U.S. national-security policy that included the future direction of targeted drone strikes. In that speech at National Defense University, he responded directly to concerns regarding transparency of America’s drone program, pledging to increase oversight of lethal action outside the “hot-battlefield” and “review proposals to extend oversight of lethal actions outside of warzones that go beyond our reporting to Congress.” More than a year later, many remain disappointed with the administration’s lack of action on the U.S. drone program. Time has passed—technology has advanced—but America’s drone policy has not evolved.

Missing from America’s current approach to drone policy has been a holistic and comprehensive examination of this complex issue. From the legal and ethical frameworks surrounding the targeted-killings program to the export control decisions, sound policy must balance national security and commercial innovation. For many, in fact, the word “drones” evokes a visceral reaction. For some, drones are equated with a loss of privacy. For others, they are associated with targeted killings and the deaths of innocent civilians. For more still, they represent confusion—a complete lack of clarity of what the United States is doing with this technology at home and around the world.

Fear and confusion over a new military technology is far from new. Throughout history, new technologies capable of projecting force from afar have been praised and vilified before being wisely integrated into military use. In the Middle Ages, feudal elites feared that the crossbow with its armor-piercing bolts could be used by peasants to take down the most-skilled knight and upend the chivalric social order. A few hundred years later, the advent of gunpowder made the crossbow obsolete and Cervantes’ Don Quixote articulated the thought of the times by denouncing artillery as a “devilish invention.” Like technologies past, drones are a tool, one that must be wisely integrated in accord with laws, norms of behavior and the military strategy of our time.

Unfortunately, the ad hoc way in which the United States has employed its drone policy has negatively impacted the international view of the technology and undermined America’s authority on the issue. In short, America has set international precedent that is unhelpful to the development of both a sound policy at home and the creation of global norms governing drone use abroad. While political and bureaucratic hurdles have made progress incredibly slow, there are pragmatic ways to achieve oversight that both Congress and the American public can be confident ensures the current drone program makes strategic sense for the United States.

First, the Obama administration should conduct a rigorous strategic review and cost-benefit analysis of the role of lethal drones in targeted counterterrorism strikes to ensure that the tactic of drone strikes fits within the overall strategy for their use. Second, the U.S. government should improve transparency over targeted drone strikes to instill public confidence on the decisions the United States is making in its operations around the world. Developing robust oversight and accountability mechanisms for targeted strikes outside of traditional battlefields will increase comfort levels with U.S. decisions and allow the establishment of an appropriate precedent. Third, the United States should transfer general responsibility for carrying out lethal drone strikes from the Central Intelligence Agency to the military, providing a clear process for strikes and making clear that the covert use of drones is the exception rather than the rule.

In a major national security speech at West Point in May, President Obama said that “when we cannot explain our efforts clearly and publicly, we face terrorist propaganda and international suspicion, we erode legitimacy with our partners and our people, and we reduce accountability in our own government.” By undertaking a comprehensive strategy, the United States will foster the development of appropriate international norms for drone technology. Accurately assessing drone-related technological developments and future trends will foster an export strategy for the United States and its allies to support nonproliferation and security objectives, while encouraging technological innovation and economic competitiveness.

Drones are here to stay. As more nations begin utilizing and developing their capabilities, the ways in which the United States pursues its national-security goals create international precedents that influence allies, partners and even enemies. Balance is necessary between national security and President Obama’s goal of protecting "the freedoms and ideals that we defend.” Steps taken by the administration in the days to come will set important precedents for states to follow in the future.

Rachel Stohl is senior associate with the Managing Across Boundaries Initiative at the nonpartisan Stimson Center and project director of Stimson’s Task Force on US Drone Policy.