The Great Fall from Grace: Is China’s Rise Over? 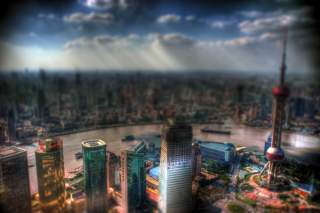 This week marks the two-year anniversary of Xi Jinping’s ascendance to General Secretary of the Chinese Communist Party. Xi inherited serious economic problems, underappreciated at the time, and his response thus far has been largely cheap talk. The combination of inaction and daunting challenges threatens the end of China’s economic rise. Not a delay, the end.

Last month, China acknowledged a five-year low in growth of gross domestic product (GDP). Casual observers, such as former Treasury secretary Larry Summers, have turned bearish. While the new bears are right, they may not know why they are right. Chinese weakness is not one or two years old, it is eleven or twelve.

The term of Xi’s predecessor, Hu Jintao, is now correctly recognized by some as an economic failure. That term dates to late 2002. In 2003, Beijing began to unbalance the economy with wildly high public investment, especially in heavy industries such as steel. Among other things, this led to pronounced environmental degradation, which limits long-term economic prospects.

In 2006, China shoved aside the possibility of further market reform and endorsed state control of major sectors. In 2009, state-owned banks conducted arguably the biggest stimulus in world history, boosting lending by one-third in a single year, even as their borrowers’ ability to repay plunged due to the global crisis. Debt exploded.

The weak economy is the culmination of more than a decade of bad policy. Even now, problems are being understated.

In comparison, the U.S. added a hefty and dangerous $6.5 trillion in federal debt from mid-2008 to mid-2014. Against that, though, net private American wealth soared $22 trillion, according to the Federal Reserve. The financial crisis started in the United States, but it continues in China.

In light of their balance sheets, Standard and Poor’s called Chinese companies the least risky among their global peers in 2009, yet the most risky just five years later. Chinese growth since 2008 has been built entirely on sand.

The future is equally unsteady. The way to achieve sustained gains in personal income is through higher productivity. The Conference Board found that total factor productivity in China actually fell from 2007 to 2012, mostly due to money being wasted. This is an unavoidably rough estimate, but the result is completely incompatible with a successfully developing economy.

With the capital side accumulating waste and debt, the burden falls to workers. However, the rapid labor-force expansion that helped carry China forward for a generation is ending. In 2012, the labor force shrank for the first time in official records. And Chinese society will grow progressively older and less work-friendly for at least another generation, perhaps more.

The hole China must climb out of is not several years of slowing GDP growth. It is twelve years of foolishly promoting the state over the market, six years of soaring and in some ways unprecedented debt, and the prospect of twenty years of a labor and environment situation that looks like nothing so much as the old Soviet Union’s.

The Party claims to have recognized the challenge, if belatedly. In fall 2013, with Xi in charge, the Party promised sweeping economic reform at its annual plenary session. Premier Li Keqiang, number two in the hierarchy, said deep reform must occur no matter how painful.

But Beijing has delivered very little. What are trumpeted as important changes by remaining China bulls, featuring another round in cyclical fiscal reform, are sideshows. Local government debt, for example, is perhaps one-fourth the size of corporate debt and steps to address it cannot qualify as transformative. The key issues remain almost untouched.

Perhaps most striking, inefficient state-owned enterprises are intended to cooperate more with private firms. What is badly needed is exactly the opposite: far more open and fair competition between the state and private sectors.

The much-touted Shanghai Free Trade Zone, symbol of financial transformation, reached its one-year anniversary, accomplishing little beyond drawing speculators. Labor reforms have been offered but are slow and partial, when daring is required in light of China’s rapid aging. Last month, the 2014 edition of the Party plenary meeting was caught up in internal political issues and barely discussed the economy.

The middle-income trap occurs when the policies that help raise countries out of poverty cease to work, but governments refuse for political reasons to adopt different ones. Very few countries ever escape to become rich. For a decade, China slowly ensnared itself in the middle-income trap. After Xi Jinping’s first two years, it remains tightly bound.

Beijing controls the publication of all economic numbers and can continue to insist everything is fine. But if Xi does not quickly move beyond talk to profound pro-market reform, China will not slow or struggle—it will just stop.

Derek M. Scissors is a resident scholar at the American Enterprise Institute (AEI), where he studies Asian economic issues and trends. In particular, he focuses on the Chinese and Indian economies and US economic relations with China and India.