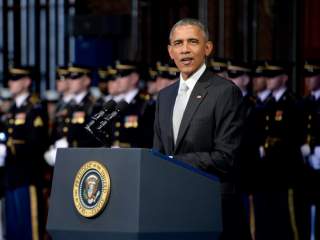 When Jimmy Carter came into office, he was determined to reverse the growth in defense spending that had been bequeathed to his administration by Secretary of Defense Donald Rumsfeld. In particular, he tried to make good on his campaign promise by rescinding funds for a new aircraft carrier. Congress overturned his recission, but Carter persisted with his efforts to limit defense spending, in line with his view that the United States had other international security priorities, such as intensifying its pursuit of détente, achieving a further reduction of its nuclear arsenal as part of a SALT II agreement and limiting its foreign military sales to allies and friends.

It took the overthrow of the Shah and the Soviet invasion of Afghanistan to force Carter and his close circle of advisors to concede that Zbigniew Brzezinski, his national security advisor, and Harold Brown, his secretary of defense, had been justified in calling for a harder line against the Soviets and a much more robust defense budget. Accordingly, by the time he left office, Carter had approved an increase in defense spending that would have been unimaginable just two years earlier, and that provided the foundation for the massive buildup that took place under Ronald Reagan and Caspar Weinberger.

When Barack Obama took office, he was determined to reverse the growth in defense spending that had been bequeathed to his administration by Secretary of Defense Donald Rumsfeld, and that had been somewhat modified by Rumsfeld’s successor, Robert Gates. In particular, Obama tried to make good on his promise to end the conflicts in Afghanistan and Iraq and to bring all troops home from both countries. He also extended a hand of friendship to America’s actual and potential adversaries, including a “reset” with Russia, closer ties with the Muslim world, good relations with China and a new relationship with Iran. For these promises, outlined in the most soaring rhetoric, he was awarded a Nobel Peace Prize virtually months after he took office.

Obama was able to make good on his promise to halt the growth in defense spending, in part through Robert Gates’s second round of program reductions, but more so through the mechanism of the sequester, devised by his aides with a view to forcing Congress to reduce defense spending as it sought to limit spending on domestic programs. In addition, Obama’s increasing reliance on drones and special operating forces became a justification for the administration’s contention that major wars that called for Bush-era major force programs and personnel end strengths were a thing of the past. Finally, Obama’s new nuclear arms reduction agreement with Russia seemed to point to a lesser need for modernizing America’s expensive nuclear arsenal.

It has taken Russia’s seizure of Crimea, its invasion of Ukraine and its violation of the Intermediate-range Nuclear Force Treaty; China’s aggressive policies in the East and South China Seas; the rise of ISIS in Iraq and Syria and its spread throughout the Muslim world, from North Africa, to Nigeria, to Southeast Asia, to force Obama and his close circle of advisors to concede that Secretary of Defense Ash Carter and the Department of Defense’s senior military officers have been justified in calling for a much more robust, and costly, American defense posture. Accordingly, the Fiscal Year 2017 budget, like Carter’s FY 1980 budget—the last to be fully under the control of the incumbent president—marks a significant reversal from its predecessors.

Perhaps the most significant change has been the quadrupling of funding for the European Reassurance Initiative. The increase will provide for the constant rotation of an American armored brigade in the European theater, the propositioning of new equipment on the territory of NATO’s central and eastern European member states, improvements in regional infrastructure, more exercises and capacity building for the smaller allies bordering Russia.

The administration has backtracked on other aspects of its original budget-cutting plans. Not only has it redeployed forces to Iraq, and delayed its withdrawal of “boots on the ground” in Afghanistan, it has also deployed small numbers of special operators to Syria, with the likelihood of more to come. Special forces have even been reported to be operating in Libya, a marked change from the administration’s “lead from behind” policy that the White House articulated as it precipitated the fall of Muammar el-Qaddafi.

The administration is pursuing a massive modernization of its strategic nuclear forces, with initial funding for upgraded weapons and for both a new long-range bomber and a follow-on to the Trident submarine. It has reversed its plan to retire A-10 close air support attack aircraft, which have proved useful in striking against ISIS forces. It has dropped its efforts to end production of the Navy’s F-18 E/F fighter/attack aircraft. And it has increased its planned purchases of Tomahawk cruise missiles, instead of reducing them, as originally intended. Secretary Carter has made it clear that all these reversals have been driven by the demands of fighting ISIS and deterring Russia and China. That the White House acceded to these reversals is a clear indication that after years of living in a national security dream world, the Obama administration, like the Carter administration before it, has been forced to confront the reality that pious pronouncements have little impact on America’s actual or potential adversaries.

The White House probably has not gone far enough in reversing its unnecessarily hasty withdrawal of two brigades from Europe in 2014, nor has it seriously responded to Moscow’s INF violations. Nor is it prepared to change its plans for reducing Army force levels to some 430,000 troops. But it has at least come to realize that “resetting” relations with Russia has taken on an entirely different meaning since the term was first used seven years ago.

The administration has rightly recognized the importance of building more AEGIS destroyers, and modernizing those already in the fleet. It is doing so at the expense of overall Navy force levels, however. Its currently planned total of 308 is simply insufficient for providing presence, deterrence and combat operations in each of the world’s major oceans as well as the Mediterranean Sea.

Jimmy Carter’s abrupt, and clearly reluctant, reversal in the Fiscal Year 1980 budget did not go far enough to restore America’s deterrent and military credibility worldwide. It took the election of Ronald Reagan to do that. Similarly, Barack Obama’s equally abrupt reversal nearly four decades later will not go far enough to restore America’s dismal credibility on the international stage. It will take a new administration, led by a more realistic and knowledgeable president, to complete the military buildup that Obama has reluctantly, hesitantly and belatedly begun.