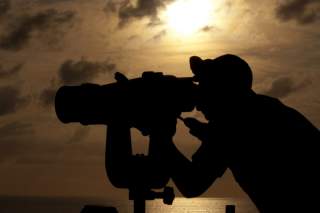 Throughout the months-long crisis over China’s unilateral deployment of the $1 billion Haiyang Shiyou 981 oil rig into Vietnamese-claimed waters, officials in Hanoi confronted an existential dilemma: On one hand, they were deeply alarmed by the explosion of nationalist fervor on the streets of Hanoi and across the country, which led to massive destruction of foreign-owned factories and the exodus of thousands of Chinese citizens, while facing the prospect of a devastating naval showdown with a better-equipped armada of Chinese paramilitary forces defending the oil rig, on the other.

Still shocked by China’s decision to torpedo previous bilateral negotiations aimed at deescalating territorial tensions in the South China Sea, the Vietnamese government wasn’t particularly reassured by China’s announced plans to withdraw the oil rig by mid-August. As Vietnam’s Ambassador to Manila, Truong Trieu Duong, recently told me, “China’s activities violated the high-level agreements of the two countries on nonaggravation and noncomplication of the situation in the SCS.” One could notice a lingering sense of betrayal among many Vietnamese diplomats, who tirelessly sought to prevent armed confrontation and deepening territorial tensions with their powerful neighbor. The oil-rig deployment was largely seen as an opportunistic maneuver to enhance China’s territorial claims and appease nationalist interest groups at home.

There were genuine worries that China would consider a more permanent presence in the contested area, consolidating its claims by sending additional batches of oil rigs accompanied by a thicker protective flotilla of Chinese naval and coast-guard vessels. After all, during the latter decades of the Cold War, China showed little hesitation with coercively expelling (South) Vietnamese forces from the Paracels Island chain and, later, the (unified) Vietnam from strategic locations in the Spratly Island chain.

Given the widening power asymmetry between the two neighbors in recent decades, Hanoi anxiously wondered whether China could be deterred from more provocative actions. At the same time, the Vietnamese government was concerned with its domestic political legitimacy, especially amid an economic slowdown. There were also concerns with the prospect of a new wave of anti-China protests, which could irredeemably tarnish Vietnam’s attraction to foreign investors, especially the Chinese businessmen interested in the country’s affordable labor costs and favorable location.

No wonder, China’s decision to withdraw its oil rig a month ahead of schedule baffled governments and regional experts alike. To make sense out of China’s latest maneuver, analysts have mentioned a number of motivating factors, ranging from the threat of maintaining complex hydrocarbon exploration amid a stormy season in the area to speculations over a possible diplomatic bargain between Hanoi and Beijing. But a better explanation is that China might have (again) recalibrated its territorial posturing, falling back on its age-old strategy of employing temporary deescalation measures to ameliorate international pressure and regional isolation.

In his magisterial work, On China, Henry Kissinger brilliantly captures China’s strategic culture by emphasizing the importance of concepts such as strategic momentum and the balance of forces in the foreign-policy calculus of Beijing. While China, as any astute realist actor, prizes hard power in its pursuit of national interest, psychological variables and perceptions of the shifting momentum in international configuration of power, in turn, also play a pivotal role in shaping the mindset of Chinese leaders.

China may stand as the most powerful indigenous actor in Asia, but its leaders also know that hard power alone can’t guarantee a successful bid for regional leadership. If Chinese leaders seek to displace the United States as the preeminent power in Asia, Beijing can’t afford to look like an aggressive power bent on pushing its interests at the expense of smaller states in the neighborhood. The ongoing disputes in the Western Pacific, especially in the South China Sea, are dramatically undermining China’s image among its neighbors—and in the wider world.

For instance, a new survey by Pew Research Center shows that majorities in eight Asian countries have been alarmed by China’s intensifying territorial spats with rival claimant states in the South and East China Seas. Panic is gripping some neighbors, which feel increasingly vulnerable against China’s naval prowess and territorial assertiveness. In the Philippines, widely considered as the weakest player among active claimants in the South China Sea, 93 percent of respondents said that they were “very concerned” with the ongoing disputes, followed by Japan (85 percent) and Vietnam (84 percent). Nonclaimant states, such as South Korea, which heavily rely on the passage of imported hydrocarbon products through the contested waters, have also shown a deepening sense of alarm, with 83 percent of respondents expressing similar sentiments. Even in China, the dominant player in the disputes, over 60 percent of people expressed concerns over the prospects of an armed conflict over the disputed features.

Worryingly, antipathy towards China has gone mainstream: The citizens of the Philippines, Vietnam and Japan consider China as the biggest threat to their national security, complicating the prospects for any meaningful diplomatic compromise in the near future. Meanwhile, regional concern over China’s territorial assertiveness has facilitated a noticeable rebound in the United States’ global image, especially in Asia, despite lingering concerns over the Obama administration’s commitment and wherewithal to push back against rising powers such as China to protect its beleaguered allies. No wonder, the United States has maintained extraordinarily high approval ratings among a number of Asian countries.

All Options on the Table

In recent weeks, experts such as Alexander Vuving and Zachary Abuza have elegantly argued that China’s early withdrawal of the oil rig was likely due to a purported behind-the-scenes diplomatic bargain between Vietnam and China. In exchange for China’s (temporary) disengagement from the area, they offer the possibility that Vietnam supposedly agreed to reconsider its tightening strategic ties with the United States and drop its earlier plans to file for third-party arbitration of the territorial disputes in the South China Sea—reinforcing the Philippines’ ongoing arbitration case in The Hague.

Based on my conversations with Vietnamese officials, it is quite clear that Hanoi has not detected any indication of genuine compromise on China’s part. No wonder, they adamantly deny that there has been any purported bargain with China, as argued by Vuving and Abuza. Since China has time and again demonstrated its tendency to unilaterally build facts on the ground in the South China Sea, Vietnam has no choice but to keep all options on the table, especially with respect to the necessity to deepen defense ties with external powers such as the United States, Japan, India, and Russia. As for Vietnam’s plans for filing a legal complaint against China, one could argue that it makes better sense for Hanoi to leverage the threat of legal arbitration and carefully observe and draw lessons from the outcome of the Philippines’ ongoing arbitration case against China. (Not to mention, the time-consuming complexities of crafting a legal case, and selecting the appropriate arbitration bodies to adjudicate China’s claims and actions.)

While China’s salami slicing and “small-stick diplomacy” in the South China Sea have proven to be quite successful, one must consider the fact that Beijing isn’t totally insensitive to the diplomatic costs of its territorial posturing. Aside from the logistical difficulties of sustaining expansive paramilitary and military operations across disputed waters, the Chinese authorities are also worried by growing strategic synchronicity among rival claimant states in the South China Sea, namely Vietnam, the Philippines and Malaysia, which have warmly welcomed a deeper American strategic footprint in the region.

In fact, even the Association of Southeast Asian Nations (ASEAN), under chairmanship of Myanmar, a historical ally of China, has repeatedly expressed its “serious concerns” over the ongoing disputes in the South China Sea. In the recently concluded ASEAN Ministerial Meeting (AMM), member states explicitly advocated a rule-based resolution of the disputes, the finalization of a legally-binding Code of Conduct (CoC), and the cessation of unilateral actions by disputing parties. All of these statements are a thinly veiled criticism of China’s provocative actions, emboldening up-and-coming strategic players, such as India, to deepen their footprints in Southeast Asia. India has not only stepped up its hydrocarbon investments in contested waters, with state-owned ONGC Videsh (OVL) acquiring new oil-exploration contracts (without bidding) in recent months, but has also been more assertive in defending its interests in the South China Sea and criticizing China’s actions.

More worryingly for China, its actions have also emboldened Japan to reinvent its strategic outlook, ramp up its defense capabilities, and vigorously woo Southeast Asian states and Pacific powers, such as Australia and India, by launching collaborative defense projects. Despite China’s efforts at leveraging its diplomatic influence over rogue states, such as North Korea, and offering large-scale trade and investment deals to charm U.S. allies such as South Korea and Australia, there are growing indications that America’s regional partners are determined to hedge their bets against China.