The Guns of April? 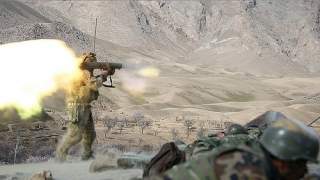 Secret mobilizations. Attacks with plausible deniability. Unclear alliance commitments. Vague statements of resolve. A battle for neutral parties. Highly provocative military movements. We have seen these events take place in the last few weeks in the crisis in Ukraine. We also saw these same dynamics at play almost exactly one hundred years ago on the eve of World War I.

The major powers of Continental Europe were maneuvering, and the wheels of war creaked into motion. In the coming battle, swift mobilization would be key, but even more important was the commitment of a powerful third party. Britain closely aligned with France, but British policy prioritized a free hand in Continental affairs and did not want to jeopardize the sizable British trade with Germany. No one could be sure where the greatest sea power on Earth would stand.

The key determinant would be who acted as the aggressor in the coming war. The Entente and the German alliance maneuvered to paint the other side as provocateur in order to win the support of British public opinion. Austria issued disingenuous ultimatums to Serbia to look moderate, Russia mobilized in secret to avoid looking like an instigator, and every side sent contradictory signals of both resolve and moderation.

Unfortunately, these developments look strikingly similar to what we see in the Ukrainian Crisis today. The linchpin in this situation is clearly Germany, which is caught in an almighty conundrum. Its continued economic stability relies on free flows of energy from Russia, but its diplomatic and military credibility rests on its commitments to NATO. In the absence of any overly provocative action, Germany sees its only option as steering a neutral course, and so the fight has become one over public perception in Germany.

Vladimir Putin clearly wants Ukraine firmly within the Russian sphere of influence. His continued use of masked gunmen to complete a de facto invasion of Eastern Ukraine allows Putin to plausibly claim deniability in its responsibility for these actions. The Russian line all along has been that the gunmen in Eastern Ukraine represent an organic uprising of an oppressed people.

The “deal” reached on Thursday simply provides greater credibility to this narrative by divorcing the Russian government from responsibility for the very violence it continues to incite. In the likely event that violence continues, Putin can credibly claim that he did everything within his power to ease tensions and point to the agreement as an example of his good intentions. He can use the deal as an implicit American recognition that the Russian government and those responsible for the violence are separate entities. Russian “peacekeepers” should not be far behind.

This Russian strategy is designed to keep Central Europe neutral, and so far it is working. Without a catalyst for a strong and unified opposition to its actions, Putin will get what he wants in Ukraine.

Adding to the uncertainty, the United States continues to signal both its resolve and commitment to negotiate. The American eagerness for a diplomatic solution is evident in the celebration of the joint statement from Lavrov and Kerry, which offered nothing more than a hazy statement of good Russian intentions.

After the withdrawal from Iraq and the ongoing drawdown in Afghanistan, everyone knows the United States has little desire to enter a new conflict. President Obama’s moves to signal resolve have been mild at best, so that he can maintain an air of moderation with the Central Europeans. No one can be sure if the United States will actually back up its commitments to Ukrainian sovereignty, especially in the absence of unity among its European allies. American policy makers are hesitant to approve significant deployments to NATO countries on Russia and Ukraine’s borders for fear of being painted as provocative.

These dynamics are slowly bringing us ever closer to a showdown, which most recently took the form of Russian fighter jets “buzzing” an American warship in the Black Sea. If the US ship had fired on the Russian fighter, Germany would have an even more difficult time whole-heartedly supporting NATO and the United States. These provocations will continue, as Putin officially touts his efforts to ease tensions, all while moving his paramilitary forces further into Ukraine. Soon enough, these forces will reach a point where large-scale conflict erupts. Just as in 1914, the uncertainty of this game of perceptions and neutrality are slowly carrying us closer to a larger conflict.

The way out is the same as in 1914. Kaiser Wilhelm only declared war after receiving assurances that Britain would not side with France in the coming fight. In the absence of this assurance, the Germans would have been outnumbered four-to-two in the Great Power game, which was surely a losing proposition. If Britain had given a firm commitment to support France against Germany, Wilhelm would never have rushed into battle and WWI may not have happened at all.

Germany can play this decisive role today. If Angela Merkel throws her lot completely in with NATO, Western Europe, the United States, and the Euro-friendly forces in Ukraine by cutting off energy imports from Russia, Putin may finally think twice about further aggression. He will then be completely isolated. Russia would be confronted by a united NATO, which sees through the Russian charade and is willing to sacrifice significantly to stop this slow erosion in the norms of sovereignty and nonaggression. This is clearly a losing battle for Putin.

This will surely be an expensive proposition for Germans and their economy, but it will be cheaper than a continued march into a greater conflagration brought on by endless uncertainty. The United States and Western Europe can do their duty to assist Germany by diverting energy supplies (where possible) to cover the shortfall and by providing economic aid. Germany has done its economic part in the EU in the past years, and it is time the rest of the North Atlantic community do its part to help Germany out of this fix.

The lessons of WWI are clear here. When powerful players in the international scene play a game of vague commitments and uncertain neutrality, the slow march toward a wider war continues. Just as Britain could have stopped The Great War in 1914, Germany can put a halt to the crisis in Ukraine today. It certainly will not be painless, but the alternative is worse.

Andrew J. Stravers is a PhD Student at the University of Texas at Austin, where he studies the global role of the American military. He is also an Aiddata Center for Development Policy Fellow and a researcher on the Department of Defense Minerva Initiative's project on natural resources and armed conflict.