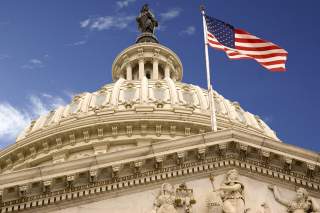 A bunch of “arch-conservative” “hard-liners” just pushed a health care bill “to the far right” and then killed it anyway because they didn’t “get what they want.” That’s according to the argot of Politico, whose style guide appears to have been hatched in a catacomb underneath the Center for American Progress. Referring to the House Freedom Caucus as “hard-liners,” a term typically reserved for Iranian ayatollahs, is apparently the vogue vocabulary at Washington’s official trade publication. The mystery of why conservatives are so ticked at the media stretches onwards.

Call me an extremist, but I don’t understand what’s so outlandish about the House Freedom Caucus’s objections. The Republican legislation, titled the American Health Care Act (AHCA), maintains existing and pricey regulations that require insurance companies to indiscriminately cover customers with preexisting conditions, while striking the individual mandate that was supposed to cover those costs by pressuring relatively inexpensive young people onto the rolls. This balance was out of whack as it was, with millennials continuing to opt out anyway, but without the mandate, the problem will only get worse. As Nathan Keeble explains, the most likely result of the AHCA is that “the health insurance market would collapse in an even more rapid death spiral, and this time the Republican party will be on the receiving end of the political blowback.”

That isn’t a “far-right” argument; it also isn’t a “progressive” argument or a “Nietzschean” argument or a “Catalan nationalist” argument. It’s a logical and predictable policy outcome—one anticipated by the Obamacare architects themselves, even if their solution, the mandate, proved unpopular and ineffective. The only way to arrest those soaring premiums and deductibles while still eliminating the mandate is to slash through the costly requirements that Obamacare imposed, which House Freedom Caucus members say won’t happen under the current legislation. The AHCA will, at best, do little to ameliorate Obamacare’s problems, and at worst exacerbate them. That’s the argument. Cramming it onto the musty old ideological spectrum and sneering that it’s fringe isn’t going to rebut it.

Yet this has been the main defense employed by proponents of the legislation, along with endless peer pressure over how AHCA opponents are supposedly squandering the last chance Republicans will have to repeal Obamacare. The House Freedom Caucus has indicated they don’t especially care. They’ve been mostly indifferent to the entreaties of Majority Whip Steve Scalise as well as threats leveled by Trump himself (in one meeting, the president reportedly warned Rep. Mark Meadows that if he didn’t vote for the bill, “I’m coming after you”). Their preference is for pause and consideration before overhauling one-sixth of the American economy—or, as it’s known at Politico, hard-line arch-conservatism.

As we go to press, the vote that was supposed to take place in the House on the AHCA this evening has been postponed, perhaps indefinitely, given how abysmally the whip count is shaping up. GOP leadership can only lose twenty-one votes if they’re to vault over unanimous Democratic opposition, and the New York Times tallies at least thirty-one Republican hard nos. That’s much of the Freedom Caucus, and also a handful of centrists who are timorous over the AHCA’s eventual rollback of the Medicaid expansion and annoyed over conservative opposition. This is the predictable result of offering up a listless bill: two stilts falling, one to the right and one to the left, as Paul Ryan realizes he’s standing on air, and blinks and swallows.

The official line is wrong: there is no hissing fuse on health reform. Elections are over a year and a half off. Republicans have plenty of time. Paul Ryan should slowly exhale, tackle a relatively cut-and-dry subject like regulatory reform in the meantime, and table the AHCA until Republicans can find consensus on something better. It’s a tricky challenge—how do you repeal Obamacare’s entitlements while lowering costs enough to provide winsome private-sector alternatives? How do you sell that to a besieged working class? Those questions aren’t going to be answered in a blur.