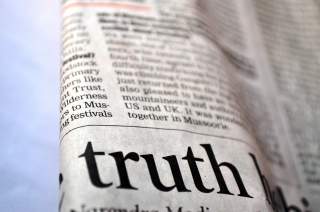 The starting point is to have a research question in mind. It is not a thesis at the outset; it is a question to be answered, ideally with bias explicitly stripped out of it. Working on the research question itself takes a great deal of time, phrasing and rephrasing, testing and reformulating it for just the right construction. The net difference may be only a carefully excised word, but the effect on the rest of the project can be significant. It might be the difference between, “When did Saddam Hussein restart his WMD program?” and “Did Saddam Hussein restart his WMD program?” One is an important question for national security. The other contains a presupposition that led a country to war. Likewise, “Why is Kim Jong-un an irrational actor?” is a separate question from “Is Kim Jong-un an irrational actor?” American policy toward an international pariah with nuclear weapons hinges on the answer.

Once the research question is established, a method of inquiry is needed, a process by which the question might be answered. Research is a voyage of intellectual discovery where unexpected information is not unwelcome because there is no initial thesis to prove as yet. Most questions, of course, don’t have easy answers and there are usually good arguments and reliable sources on both sides. The important thing is to grapple with all of the information and not cherry-pick supporting evidence or selectively exclude contradictory evidence. Historian J. H. Hexter has argued that, rather than seeking evidence to bolster an initial thesis, one should actively seek out evidence that challenges or even disproves it. This is the heart of research and analysis, and again calls on the craft of the historian to weigh the credibility of sources, to consider the original purpose of documents, and to test whether a conclusion makes sense based on other knowledge.

Finally, before a thesis is published as news or breathlessly retweeted, it would be better to pause and consider on what basis the arguments might be criticized, and in light of these weaknesses, shore up analytical flanks. Intellectual “stress testing” is as important to public discourse as financial stress testing is to banking, yet seems to be as a lost tradition on college campuses as in American politics.

If the method just outlined seems like a foreign land for students, information consumers, politicians and an uncomfortable plurality of media outlets, then what went wrong? Why can’t America reliably separate out fact, falsehood, opinion and reasoned analysis? As the CLA+ test suggests, the American educational system is responsible to some degree for not exposing students to critical thinking—or maybe demanding some mastery of it before awarding a degree, but what happened, at a national level, to skepticism of claims, to questions without baked-in bias, to critical thinking?

It seems that in polarized America, political and ideological precommitments have superseded a skeptical mindset and even the desire, if not capacity, for critical thought, thus leaving America frightfully vulnerable to fake news. Consider a scenario in which, upon proper methodological inspection, one was to discover new information or arguments that demonstrate an error in a personal stance. Would one swallow his pride and update his views, especially on social media—the platform of personal record. What would one’s political tribe say after such an admission? Would they, following the scientific method, attempt to replicate the experiment to verify the results and update their own thinking? Or would there instead be a feeling of political or social betrayal? Princeton Professor Jonathan Haslam considered it a sign of intellectual immaturity to read only those thinkers who reinforce preexisting beliefs. If that is the case, is American society intellectually regressing in a closed echo chamber of self-reinforcement? In an age of fake news, considering whether information is true is less important than whether it is useful for supporting a worldview, or discounting that of others. Thus, the utility of information is now more important than its veracity.

Professors don’t help matters when their syllabus requires that students only use certain pre-vetted source material for research projects. These well meaning professors are trying to help students avoid relying on fake news or highly biased books, journal articles and websites, but this is actually harming students because it doesn’t require the students to critically evaluate sources or material. Instead, it is the equivalent of intellectual training wheels for students well past their primary education. Students with helicopter professors learn that they just need to color inside the safe lines and they can’t go too far astray. Yet by circumscribing the known world of pre-vetted material our universities are failing to live up to their mandate to prepare students for the real world, where there won’t be anyone to screen what information these newly minted alumni are consuming. It would be better to let students make—and then learn from—their mistakes in the structured halfway house of being an adult than protect them until graduation and then push them out of the nest into a world of fake news and disinformation, of which they have had no previous experience. This increasingly widespread practice of benevolence in university courses probably also directly contributes to the increasing helplessness, thus vulnerability, of post-university civic life.

This is more than one elbow-patched curmudgeon’s complaint about American education and society; suggested here is a timeless strategy for defense from fake news. It is not foreordained that America is doomed to a virtual future of reflexive retweeting and conspiracy theories parading as news. Encouraging a different approach to discovering knowledge is part of the solution to an overly credulous population. As was demonstrated during the 2016 election, Americans seem particularly vulnerable to information war, and it appears that Putin’s minions will be back again in 2020 and beyond. Yet rediscovering the tools of the historian—skepticism and critical thinking—can help develop a more resilient national character as a key pillar of future American security.

David V. Gioe is an assistant professor of history at the U.S. Military Academy at West Point, where he also serves as the History Fellow for the Army Cyber Institute. Before coming to academia he served as an intelligence officer in both analytical and operational capacities. This analysis expressed here is his own and represents no government agency or department.