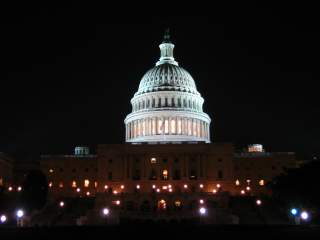 The New York Times described FBI director James Comey’s statement during a March 20 congressional hearing that his agency is conducting a counterintelligence investigation of possible collusion between the Trump campaign and Russia as an “extraordinary step.” But what is truly extraordinary is the media’s—and the congressional Democrats’—failure to approach the very serious questions surrounding Russia’s interference in the 2016 election with the responsibility and honest self-reflection they so clearly deserve.

That Director Comey should acknowledge a counterintelligence investigation is not even news. Americans have known that the FBI was investigating Russia’s role in the election and any connections to the Trump campaign for several months now. Seventeen U.S. intelligence agencies issued a public report on this matter on January 6, 2017, over two months ago. It would have been newsworthy if Comey had said there was no investigation or that the investigation was complete.

Moreover, Comey described a counterintelligence investigation, which is a routine and appropriate response to concerns surrounding Russia’s actions. A counterintelligence investigation aims to determine what happened, to draw lessons from what transpired to strengthen U.S. defenses, and to explore whether any criminal conduct occurred. The New York Times—or other mainstream media outlets—could equally easily have run a story stating that the FBI director did not refer to any criminal investigations with a headline stating that the bureau had not yet found evidence of wrongdoing. Yet this does not appear to fit their predetermined narrative. Indeed, the Times buried this idea deep within its story, stating that “such inquiries rarely lead to criminal charges.”

Beyond this, President Trump’s simplistic and counterproductive tweets alleging wiretapping of Trump Tower—and Comey’s denials—should not obscure the fact that investigators did secretly record Lt. Gen. Michael Flynn’s communications and then produce and distribute written accounts of his conversations, which were promptly leaked to the media. Despite vocal complaints about National Security Agency surveillance in the past, neither congressional Democrats nor the media appear concerned about the practice in this case, when there is no evidence that Flynn’s conversations had any impact on the election or on U.S. policy. Nor do they appear concerned about Obama-era officers in U.S. security agencies selectively leaking classified information for political reasons that—absent evidence of any misconduct—can be the only explanation for their behavior. Since leaking is manifestly a danger to U.S. national security, to American credibility, and to the U.S. government’s ability to conduct diplomacy and other important business, Congress should aggressively investigate the leaks too, on a bipartisan basis if possible, but through a majority-led process if necessary.

And a majority-led investigation may well be necessary if Rep. Adam Schiff, the senior Democrat on the House Permanent Select Committee on Intelligence, can’t grow up. Representative Schiff may think that his colloquy with Director Comey dismissed charges of McCarthyism in attacks on the Trump administration and others. In fact, Schiff’s effort to link interactions between Trump campaign representatives and Russian officials, which so far do not appear incriminating, to Trump’s policy views comes quite close to McCarthyism in both style and content. Repeatedly asking, “is it a coincidence?” is political innuendo—and nothing more.

One of the more important substantive exchanges in the hearing involved Texas Republican Rep. Mike Conaway, who pressed both Comey and NSA director Mike Rogers on Russia’s possible motives in interfering in the election. Representative Conaway asked Comey and Rogers to explain why their analysts believed that Russia’s President Vladimir Putin wanted to “denigrate” former secretary of state Hillary Clinton. After all—although Conaway does not mention it—Clinton led the Obama administration’s “reset” with Russia. In responding to this question, Comey and Rogers confirmed the Intelligence Community’s assessment that (in Conaway’s words) “Putin wanted to discredit Secretary Clinton because he publicly blamed her since 2011 for inciting mass protests against his regime in late 2011, early 2012.” Setting aside Secretary Clinton’s personal role in Russia’s 2011 postelection protests, and her rhetoric at the time, Putin has long suspected that U.S. efforts to promote democracy in his country are in fact aimed at ousting him and his regime. Indeed, while U.S. leaders have almost surely not intended to remove Putin personally, the policy’s explicit objective is to change Russia’s system of government.

Why does this matter? Many in Washington don’t appear to care what Vladimir Putin thinks, especially about U.S. efforts to promote democracy in Russia. More than that, many correctly believe that while each is a form of external interference in another nation’s domestic politics, there is a clear moral difference between U.S. democracy promotion and Russian efforts to undermine American democracy. The problem with this line of thinking is that our moral sensibilities are not an accurate guide to Russia’s conduct. If U.S. military forces attacked Russia, would the demonstrable moral differences between our two systems constrain Moscow in responding? Certainly not.

As a result, Russian efforts to interfere in U.S. politics were a predictable outgrowth of Russia’s long-held and well-known resentment of America’s engagement in Russia’s internal affairs. What deserves investigation is why neither the Obama administration nor Congress, which supported this policy on a bipartisan basis, put any serious effort into anticipating its possible unintended consequences and preparing for Russia’s responses. The U.S. government puts vast amounts of time, energy and money into military capabilities, planning and preparation, yet did almost nothing to prepare for political responses that should have been obvious elements of what Moscow clearly saw as political competition, if not political warfare, started by the United States following the collapse of the Soviet Union.

What is striking today is that Representative Schiff and many other Democrats apparently want to broaden and deepen the existing confrontation between the United States and Russia, without giving any thought to its possible consequences or what Washington might need to do to prevail, even now. How far are Schiff and other congressional Democrats prepared to go in confronting Moscow? How much defense spending will they support? What domestic programs will they cut to allow for that? And what is their game plan to prevail without jeopardizing other U.S. priorities or risking a nuclear war? These are the questions that responsible policymakers are obliged to contemplate.