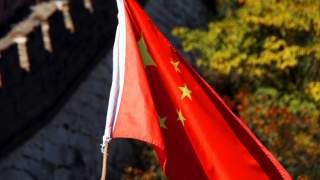 CONVENTIONAL WISDOM has it that the China juggernaut is unstoppable and that the world must adjust to the reality of the Asian giant as a—perhaps the—major global power. A mini-industry of “China rise” prognosticators has emerged over the past decade, all painting a picture of a twenty-first-century world in which China is a dominant actor. This belief is understandable and widespread—but wrong.

Recall that not so long ago, in the 1980s, similar forecasts were made about Japan being “number one” and joining the elite club of great powers—before it sank into a three-decade stagnation and was shown to be a single-dimensional power (economic) that did not have a broader foundation of national attributes to fall back on. Before that it was the Soviet Union that was said to be a global superpower (an assumption over which the Cold War was waged for a half century), only for it to collapse almost overnight in 1991. The postmortem on the USSR similarly revealed that it had been a largely single-dimensional power (military) that had atrophied from within for decades. In the wake of the Cold War, some pundits posited that the expanded and strengthened European Union would emerge as a new global power and pole in the international system—only for the EU to prove itself impotent and incompetent on a range of global challenges. Europe too was exposed as a single-dimensional power (economic). So, when it comes to China today, a little sobriety and skepticism are justified.

Capabilities, however, are but one measure of national and international power—and not the most important one. Generations of social scientists have determined that a more significant indicator of power is influence—the ability to shape events and the actions of others. As the late political scientist Robert Dahl famously observed: “A has power over B to the extent that he can get B to do something that B would not otherwise do.” Capabilities that are not converted into actions toward achieving certain ends are not worth much. Their existence may have an impressive or deterrent effect, but it is the ability to influence the action of another or the outcome of an event that matters. There are, of course, various means by which nations use their capabilities to influence the actions of others and the course of events: attraction, persuasion, co-optation, coercion, remuneration, inducement, or the threat or use of force. Power and its exercise are therefore intrinsically relational: the use of these and other instruments toward others in order to influence a situation to one’s own benefit.

When we look at China’s presence and behavior on the world stage today, we need to look beyond its superficially impressive capabilities and ask: Is China actually influencing the actions of others and the trajectory of international affairs in various domains? The short answer is: not very much, if at all. In very few—if any—domains can it be concluded that China is truly influencing others, setting global standards or shaping global trends. Nor is it trying to solve global problems. China is a passive power, whose reflex is to shy away from challenges and hide when international crises erupt. The ongoing crises in Ukraine and Syria are only the most recent examples of Beijing’s passivity.

Moreover, when China’s capabilities are carefully examined, they are not so strong. Many indicators are quantitatively impressive, but they are not qualitatively so. It is the lack of qualitative power that translates into China’s lack of real influence. The Chinese have the proverb wai ying, nei ruan: strong on the outside, soft on the inside. This is an apt characterization of China today. Scratch beneath the surface of the many impressive statistics about China and you discover pervasive weaknesses, important impediments and a soft foundation on which to become a global power. China may be a twenty-first-century paper tiger.

In formal respects, China’s diplomacy has truly gone global. Over the past forty years China has traveled a path from a nation isolated from the international community to one integrated into it. Today, Beijing enjoys diplomatic relations with 175 countries, is a member of more than 150 international organizations and is party to more than three hundred multilateral treaties. It receives far more visiting foreign dignitaries every year than any other nation, and its own leaders travel the world regularly.

Despite this integration into the international community and Beijing’s active diplomacy, the diplomatic sphere is a realm where China’s position as a partial power is apparent. On the one hand, it enjoys the symbols of being a major world power. It’s a permanent member of the UN Security Council, a member of the G-20 and other key global bodies, and a participant in all major international summits. On the other hand, Chinese officials still remain remarkably reactive and passive in these venues and on many global challenges. China does not lead. It does not shape international diplomacy, drive other nations’ policies, forge global consensus, put together coalitions or solve problems. Beijing is not actively involved in trying to solve any major global problem; rather, it is a passive and often-reluctant participant in multilateral efforts organized by others (usually the United States).

Being a global power requires getting in the middle of disputes, bringing parties together, forging coalitions and consensus, and—yes—using pressure when necessary. Beijing prefers to sit on the sidelines and simply call for nations to solve their problems through “peaceful means” and to find “win-win solutions.” Such hollow invocations are hardly conducive to problem solving. Beijing also has a complete allergy to coercive measures and only goes along with UN Security Council sanctions when it is clear that not doing so would leave Beijing isolated and negatively impact China’s international image. This is not the behavior of a global leader.

Instead, Beijing’s high-level diplomacy is really a kind of theatrical show, more symbolism than substance. It is intended primarily to enhance the Chinese Communist Party’s (CCP) legitimacy among domestic audiences by showing Chinese leaders hobnobbing with the world’s elite, while signaling to the international community that the country has returned to great-power status after several centuries of impotence. As such, the Chinese government goes to extraordinary lengths to meticulously stage-manage its leaders’ interactions with their foreign counterparts. Substantively, though, Chinese diplomacy remains remarkably risk-averse and guided by narrow national interests. Beijing usually takes a lowest-common-denominator approach, adopting the safest and least controversial position and waiting to see the positions of other governments before revealing its own.

The notable exception to this general passivity concerns China’s own neuralgic and narrowly defined interests: Taiwan, Tibet, Xinjiang, human rights and its contested territorial claims. On these issues Beijing is hypervigilant and diplomatically forceful, but its attempts to defend these interests are often clumsy and wind up being counterproductive to its image and its goals. Other than protecting these narrow national interests, though, Chinese diplomacy remains extremely passive for a state of its size and importance.

When it comes to global governance, which entails contributing to the common good proportionate to a nation’s aggregate capabilities, Beijing’s behavior generally parallels the passivity and narrow-mindedness of the rest of its diplomacy. China does contribute to various aspects of global governance: UN peacekeeping operations, antipiracy operations in the Gulf of Aden, counterterrorism measures in Central Asia, overseas development assistance, nonproliferation of nuclear materials, public health, disaster relief and combating international crime. In these areas Beijing deserves credit. However, China could and should do much more; it still “punches well below its weight” by not contributing proportionately to its size, wealth or potential influence. The world should expect and demand more from China.

Why is China’s global-governance diplomacy so constrained? There are three main reasons. First, there exists deep skepticism inside of China about the liberal premises and basic concept of global governance, seeing it as the latest “trap” laid by the West (primarily the United States) to “bleed” China by getting it involved in crises and places where it does not have a direct national interest—thus diverting its resources and restraining its rise. Second, Chinese citizens would criticize the government for allocating resources abroad when poverty and other pressing challenges still exist at home. And third, China has a kind of “transactional” approach to expending effort, especially when it involves money. This grows out of Chinese commercial culture but extends into many other realms of Chinese behavior. The Chinese want to know exactly what they will get back from a certain investment and when. Thus, the whole premise of philanthropy and contributing selflessly to common public goods is alien to the thinking of many Chinese.