The Importance of Richard Pipes 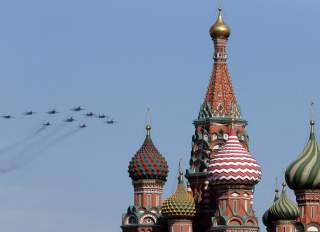 Richard Pipes, who died on Thursday, devoted his life to studying Russian history and warning about the Soviet threat. A staunch cold warrior and the director of Eastern European and Soviet Affairs on the national security council during the Reagan administration from 1981–83, Pipes had fled Nazi-occupied Poland with his parents and arrived in the United States in July 1940. He spent his entire career at Harvard, where he published many books on Russia and the Soviet Union. In an editorial, the Wall Street Journal stated, “Richard Pipes was a thinking man’s realist on the world’s affairs. His habits of mind and argument will be missed.”

Central to Pipes’ mission was his stalwart opposition to totalitarianism, a term that came into bad odor in the 1970s as a new generation of scholars, influenced by the Vietnam War, began to paint the United States, not the Soviet Union, as the aggressor in the cold war. Indeed, revisionist historians, as they were known, sought to exempt Lenin and, by extension, the Bolshevik revolution from responsibility for Stalinism by arguing that the horrors of the 1930s were a quirk of Stalin’s temperament or they tried to play down the horrors of the Stalin era itself.

Pipes would have none of this. He focused squarely on the 1917 revolution as the source of Soviet totalitarianism. In his view, it was not a popular uprising of the masses, as revisionists intent on claiming legitimacy for Soviet communism claimed, but something else altogether—a coup d’etat led by Lenin and his henchmen that squelched any lingering hopes for a Russian transition to democracy. In his study, The Russian Revolution, Pipes stated that the creation of the Cheka meant that the “foundations of the police state thus were laid while Lenin was in charge and on his initiative.” Pipes, who maintained that Russia had a patrimonial tradition that prevented it from embracing democracy, pointed to many links between tsarism and Bolshevism. Hence the titles of two of his books: Russia Under The Old Regime and Russia Under The Bolshevik Regime. Whether Russia really was a uniquely patrimonial state—similar arguments have been made by German historians about Prussia—will remain a matter of dispute. The Soviet dissident and novelist Aleksandr Solzhenitsyn once observed that reading Pipes on Russian history was like trying to listen to a wolf play the cello. But if Pipes’ judgments often aroused controversy, his verdicts were backed by deep historical research and learning.

His penchant for controversy also manifested itself in the political realm. In the early 1970s, Pipes began advising Sen. Henry M. Jackson about the arms race with the Soviet Union. Both Jackson and Pipes believed that the policy of détente toward the Soviet Union espoused by Richard M. Nixon and Henry Kissinger was a recipe for defeat. Pipes wanted to go on the offensive against the Soviet Union. Containment wasn’t enough. He argued for rollback—or what is now known as regime change. America needed to rearm, not sign arms-control treaties with the Kremlin.

In 1975, CIA director George H. W. Bush tapped Pipes to lead a “Team B” of sixteen outside analysts to assess the CIA’s estimates of Soviet military power. One of those analysts was Paul Wolfowitz. The verdict of Team B was withering. The CIA, it said, was grossly underestimating Soviet intentions and capabilities. Ever since, the exercise has been steeped in controversy. Detractors depict it as a kangaroo court and supporters as an early blow against bureaucratic foot-dragging in the battle against tyranny. In the Boston Globe, Sam Tanenhaus observed in a generally sympathetic profile of Pipes that

At times, Team B performed logical somersaults that eerily foreshadowed Bush administration statements on Iraq and weapons of mass destruction. Just because superweapons like a “non-acoustic anti-submarine system” couldn't be found, Pipes's report argued, “that didn't mean the Soviets couldn't build one, even if they appeared to lack the technical know-how."

With the Team B exercise under his belt, Pipes went on to create a furor with an essay in Commentary called “Why the Soviet Union Thinks It Could Fight And Win A Nuclear War.”

In the early years of the Reagan administration, Pipes helped to formulate its aggressive posture toward the Soviet Union and ensure the demise of detente. He was not among the heavy hitters of the administration such as CIA Director William Casey or Defense Secretary Caspar Weinberger. But he did form an important part of the cadre of neoconservatives who served in the administration and who shaped the public debate over confronting the Soviet Union. In his book, Survival Is Not Enough—which appeared in 1984—Pipes explained that he did not see the Soviet Union as destined to prevail over the West. He wrote:

the Stalinist system now prevailing in the Soviet Union has outlived its usefulness and…the forces making for change are becoming well-nigh irresistible. The West can promote these forces by a combination of active resistance to Soviet expansion and the denial of economic and other forms of aid.

After the collapse of the Soviet Union, Pipes claimed vindication for the Reagan administration’s views. He also took aim once more at the revisionists, writing in a special issue of the National Interest in 1993 that as Turgenev observed, “the vanguard quickly turns into the rear-guard—all it takes is a change of direction.”

Like many members of the first generation of neoconservatives, Pipes did not succumb to the illusion that it was possible for the American to democratize the Middle East after 9/11. Nor was he surprised that Russia reverted to its authoritarian traditions. Pipes, who liked to call himself a “conservative anarchist,” regularly brought his deep knowledge of history and culture to bear on contemporary events. With his passing, the era of European exiles who shaped American foreign policy is coming to an end.