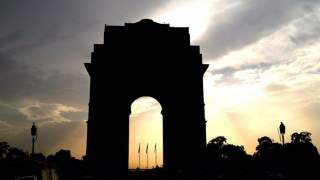 The United States will be the key partner in India’s coalition strategy because it has more power to bring to the grouping than any other country and because Sino-American competition seems likely to intensify. Developments such as the 2005 U.S.-Indian nuclear deal—which effectively marked Washington’s recognition of India as a nuclear-weapons state and an abandonment of its punitive antiproliferation approach to New Delhi—have produced predictions of an alliance in the making. This forecast is faulty. For one thing, it makes light of the political obstacles within India, which are a legacy of Cold War frictions and the abiding suspicion, even animus, toward the United States within India’s left wing and on the nationalist right. It also underestimates India’s apprehensions about the loss of autonomy that could follow an alliance with the United States, a sentiment that persists in a country that has prided itself on hewing to nonalignment. These are among the reasons New Delhi has opted for a flexible, ambiguous position, one that’s unlikely to change under Modi, even as he expands the security cooperation with the United States that’s already in place. India has forged multiple ties with the United States and Europe, but it also has continued high-level political exchanges with China and is seeking to increase Sino-Indian trade. (China has become India’s biggest trade partner.) Moreover, during Chinese president Xi Jinping’s September 2014 visit to India—the first by a Chinese president in eight years—the two leaders signed a deal providing for $20 billion in Chinese investment in India’s infrastructure, especially railways, over five years. This was despite the controversy created by Chinese soldiers’ encroachment across the (still undemarcated) border, which coincided with Xi’s trip.

This multifaceted strategy is New Delhi’s likely course for the future. It gives India greater flexibility than would an alliance with the United States and provides two attendant advantages. First, India can expand ties with the United States on all fronts, calculating that Beijing will be forced to take account of America’s likely reaction should China contemplate coercive action against it. Second, India can improve its bargaining position against China, which will want to forestall the tightening of military bonds between India and the United States. A definitive alliance with America would deprive New Delhi of that strategic flexibility. As his predecessors did, Modi will continue to see China as India’s main security threat, but it’s simplistic to see him as a mere Sinophobe. He has expressed admiration on several occasions for China’s economic achievements and, while governing Gujarat, visited China and succeeded in attracting more Chinese investment than the chief minister of any other Indian state.

IF CHINA presents problems for India, then Pakistan remains an even more acute one. The nature of India’s Pakistan predicament has changed in three fundamental and unprecedented ways. First, India’s conventional military advantage will be harder to use to good effect, because threats of war will be less credible now that the specter of nuclear escalation looms. This risk will be present in any war in which Pakistan suffers heavy losses, and will even constrain what India can do in response to another major terrorist attack that it traces to Pakistan. Stated differently, the greater the conventional military advantage India acquires over Pakistan, the more dangerous it may be to employ it. That’s something that Modi will have to reckon with, even as his tough-guy image will put him under pressure to respond forcefully to Pakistan-based terrorism.

Second, Pakistan’s weakness is also starting to worry Indian strategists. Should Pakistan, which is beset by internal violence, fragment, India will face serious problems. Refugees will flow east. Jihadist groups will be able to operate with greater leeway in Kashmir, and even the rest of India, in the absence of a robust Pakistani state that can be pressured to hold them in harness. It’s not clear how such threats can be managed by utilizing India’s economic and military superiority.

Third, nuclear weapons, by raising the risks involved in waging conventional war, provide Pakistan more opportunities to support extremist Islamist groups whose targets now extend beyond Indian-controlled Kashmir and include, as the 2001 attack on the Indian parliament and the 2008 attack on Mumbai showed, the Indian heartland. India has about as many Muslims as Pakistan does, and the repression of Indian Muslims, or a popular backlash against them following terrorist attacks inside India, could generate domestic violence and upheaval that alienate an important and substantial segment of Indian society while empowering India’s radical nationalist forces. The result would be a vicious circle of violence that begets more violence and proves disastrous for India’s future.

It’s unclear whether Modi will be able to overcome these problems. Despite his smashing electoral victory, his success in office is anything but assured. The BJP, while generally seen as more favorable to private enterprise than the Congress Party (notwithstanding that it was on the latter’s watch that many of India’s market-friendly economic reforms were adopted), still contains constituencies committed to economic nationalism. They view globalization as a recipe for deindustrialization, foreign domination over key economic sectors, and impoverishment for small businesses and farmers. Their views, though sidelined in the 2014 campaign, could regain influence if Modi’s economic policies falter or cause pain without producing visible gains for ordinary Indians. India the superpower? Don’t bet on it.

Rajan Menon is Anne and Bernard Spitzer Professor of Political Science at the Colin Powell School of the City College of New York/City University of New York, a nonresident senior fellow at the Atlantic Council, and a senior research scholar at the Saltzman Institute of War and Peace at Columbia University.