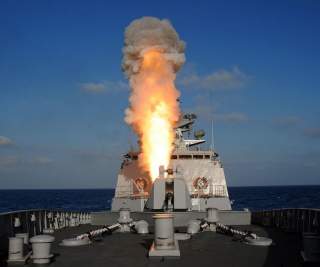 In 2009, emblazoned in large red letters on the cover of Foreign Affairs were the words “Rivalry in the Indian Ocean.” In this featured article, Robert D. Kaplan announced to the Western world the growing importance of a long-neglected geographic entity in the study of international politics. His essay, “Center Stage for the 21st Century: Power Plays in the Indian Ocean” continues to be cited in countless articles and paved the way for his 2010 book, Monsoon. Kaplan’s contribution was to explain the civilizational and political connections of disparate Asian, African and Middle Eastern players in the Indian Ocean. Although Robert Kaplan’s recent work examines the South China Sea, his influential 2009 article on Chinese-Indian competition in the Indian Ocean and U.S. interests in the region deserves to be revisited on its five-year anniversary.

In 2009, Kaplan saw energy security and geopolitics converging in the Indian Ocean. Because roughly two-thirds of petroleum traffic traverses this body of water, it will become increasingly important to numerous stakeholders, whose interests and infrastructure projects he detailed. Other than the United States, the countries commanding most of Kaplan’s attention were India and China. Given their size and growing dependence on the sea lanes for energy supplies and trade, Kaplan saw an inevitable geopolitical “great game” rivalry emerging in the Indian Ocean. As a solution, he argued that the United States should “act as a broker” to mitigate the likelihood of conflict between these two rising economic and military powerhouses, even though he foresaw the superpower as experiencing an unavoidable “elegant decline.”

Now, five years later, what is the state of relations in the Indian Ocean? What has changed and what has not? Has an Indian-Chinese rivalry emerged, as Kaplan envisioned? What is the role of the United States in the coming years? Is the “elegant decline” of the United States that Kaplan discussed coming to pass? The five-year mark is a good opportunity to reconsider this seminal article about the Indian Ocean, which continues to capture the imagination of strategists who want to see how power politics will play out in this comparatively underresearched region.

Energy and the Indian Ocean

Kaplan’s description of the Indian Ocean as “the world’s preeminent energy and trade interstate seaway” remains true five years later. Roughly 30 percent of all trade is handled in Indian Ocean ports, illustrating the region’s importance in global maritime trade. As Kaplan discussed in 2009, oil transiting the Indian Ocean is increasingly vital to China, India and Japan, as well as South Korea. In fact, China surpassed the United States in 2013 to become the world’s largest net oil importer.

Since the publication of Kaplan’s article, the revolution in shale oil and gas production has taken place, giving the United States more energy options. It is unclear, though, to what extent this will diminish U.S. imports in the long run. Nevertheless, Washington will continue to have Indian Ocean interests related to energy, and Asian countries will remain dependent on crude oil and petroleum products transported through the Indian Ocean and its choke points.

India Is the Big Story; China, Not So Much

In 2009, Kaplan predicted the emergence of “dynamic great-power rivalry” between India and China. 2013 witnessed a border standoff in the Depsang Valley, but are we seeing the manifestation of these tensions in the Indian Ocean? On balance, China’s entry into the Indian Ocean—though a significant accomplishment for its navy in learning how to operate in waters far from home for lengthy periods of time—seems less spectacular than India’s growth in naval power and pursuit of regional leadership during the same period.

Since reforms in the 1990s, India’s economic rise has fueled the country’s defense budget and strengthened its position in the Indian Ocean. Despite recent high-profile naval accidents, India again became the first Asian country since imperial Japan to have two fully operational aircraft carriers in May 2014. India expects to add an indigenous nuclear submarine to its fleet next year. Elsewhere, the Indian Navy provides critical training and equipment to numerous Indian Ocean countries, and its biennial MILAN exercise grew in February 2014 to include sixteen Asian and African navies and coast guards. Meanwhile, India’s Ministry of External Affairs has reconfigured its near-abroad division by adding a wider Indian Ocean focus.

India has also gradually been increasing its profile in multilateral Indian Ocean institutions and frameworks. The Indian Navy founded the Indian Ocean Naval Symposium (IONS) in 2008 to foster dialogue between navy chiefs in the region. Although focusing on economic cooperation, the Indian Ocean Rim Association (IORA) assumed a broader security ambit under India’s recent chair. In 2013, India further solidified its security relationship with its smaller littoral neighbors by signing a trilateral maritime security accord with Sri Lanka and Maldives that appears likely to expand to a five-power grouping by including Mauritius and Seychelles. For the first time, India’s Chief of Naval Staff participated in the 2013 Galle Dialogue, a maritime conference hosted by Sri Lanka’s Navy with representatives from thirty-five nations in attendance.

When Kaplan’s article was published, China had recently begun counterpiracy operations in the Gulf of Aden in 2008. Five years later, Beijing has deployed sixteen task forces, with counterpiracy providing the rationale for a regular People’s Liberation Army (PLA) Navy presence in the Indian Ocean. Since 2010, the PLA Navy has also performed humanitarian-assistance missions with its hospital ship Peace Ark to various Indian Ocean countries in Asia and Africa. Beijing continues to provide security assistance and sell defense equipment to regional states, mostly to Pakistan but also to Bangladesh, including the sale of two Ming-class submarines scheduled for delivery by 2019. No doubt, China will increase its naval activities in the Indian Ocean and perhaps someday operate its new aircraft carrier, the Liaoning, here as part of naval diplomacy and disaster relief missions. But for the foreseeable future, the carrier remains firmly in Pacific waters.

China’s commercial efforts in the region are more impressive than its naval activities by offering Indian Ocean countries billions of dollars in loans for the construction of infrastructure such as ports and roads by Chinese, state-owned enterprises. For example, the Chinese-built gas pipeline from Kyaukpyu, Myanmar to Kunming, China that Kaplan discussed in 2009 became operational in 2013, with a parallel, crude-oil pipeline near completion. The mere “fueling station” that Kaplan discussed in southern Sri Lanka has resulted in much more: a multibillion-dollar deep-sea port, an airport, and a bunkering terminal in Hambantota. China developed this location after the Indian government and U.S. investors passed on Colombo’s requests. Interestingly, Hambantota port is mostly occupied with transshipping automobiles from Indian factories to East African destinations. Chinese state-owned companies have subsequently built highways in Sri Lanka and a terminal at the congested Colombo port, which is expediting trade in one of the busiest ports in South Asia. Construction of a port is expected to begin in 2015 in Bagamoyo, Tanzania, to relieve Dar es Salaam and to facilitate mineral exports.

However, Kaplan’s argument that China was creating a “string of pearls” in the Indian Ocean that would drive Indian-Chinese competition has not been borne out. Of the so-called pearls Kaplan described in 2009, Pakistan’s Gwadar port—seen by analysts as the most potentially threatening site of Chinese activity in the Indian Ocean—still remains only somewhat functional and unconnected to road infrastructure, with no PLA Navy vessels having paid a port call. Operational control of Gwadar transferred to a Chinese state-owned firm in 2013, although no progress is evident. Development of Chittagong, Bangladesh, another port cited by Kaplan, has not progressed given growing recognition of how silted it is and ill-suited for deep-water port development. Dhaka is pursuing an inclusive multinational consortium structure to build an alternative port in Sonadia, with the United Arab Emirates likely to be most involved. Despite the progress in China’s energy projects in Kyaukpyu, Myanmar’s 2011 political reforms have resulted in a fundamentally less dependent relationship with China, as Kaplan reasoned five years ago.

China has made some important commercial strides in the Indian Ocean, but at this stage, these projects are not objectively menacing to India or other countries. Any Chinese infrastructure that could be turned into military bases would be vulnerable to proximate Indian air and submarine power. Moreover, China would need to harden infrastructure and provide significant command and control facilities and air defenses. Doing so would be a costly, lengthy public activity that observers could track, as James Holmes of the U.S. Naval War College has argued.

It is also important to remember that there are other countries making similar types of investments and construction in the Indian Ocean region. For example, Japan, India and Thailand have invested in port and special economic zone projects across Myanmar, while South Korean companies are in a consortium with Indian firms to extract natural gas from Myanmar’s Shwe fields. India is investing in the rehabilitation of Kankesanthurai port in northern Sri Lanka and has renewed its pursuit of developing Chabahar port in Iran. Prime Minister Shinzo Abe also visited Mozambique and Oman in early 2014 to deepen energy cooperation.