The Intelligence Community Is Not Solely to Blame for North Korea 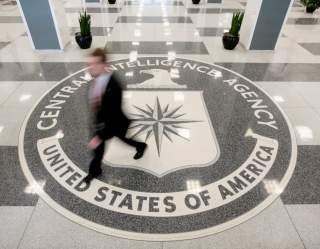 In the 1990s, North Korea was the pathetic miscreant of the international community. It couldn’t feed its people sufficiently; its economy was a trainwreck bailed out by China and the only thing the country had going for it was a large, antiquated military with equipment decades old.

Over twenty years later, Pyongyang is still the miscreant and the troublemaker—and it still totally depends on outside powers for the crude oil and natural gas that power its minuscule economy. But North Korea is a lot less pathetic than it used to be, proudly unveiling a missile program that can theoretically target any corner of the continental United States. How did we all wake up one day to a reality where a cartoonish-looking villain with a funky haircut and a bad waistline could launch intercontinental ballistic missiles as far as 8,000 miles away?

David Sanger and William Broad of the New York Times dove into this question over the weekend with a months-long investigative report. The central thesis of the piece is that Pyongyang’s nuclear and missile scientists were able to press on with their work against all odds, largely taking U.S. intelligence officials by surprise at critical junctures. “Ever since the United States began tracking North Korea’s efforts to obtain a nuclear weapon,” Sanger and Broad write, “a pattern has repeated itself: American intelligence agencies excelled at forecasting the direction and overall timeline of the program, yet repeatedly missed critical turns.”

The Kim regime got this far, so the narrative goes, because the intelligence community was working on outdated and stale assumptions about the technology the North Koreans were using and underestimated Kim Jong-un’s devotion to developing an operational nuclear weapons arsenal. The Times places the blame on the backs of the analysts, supervisors and collectors of Washington’s vast intelligence bureaucracy.

But what about the policymakers responsible for resolving the North Korea problem before it got out of control? They too deserve a healthy dose of critique—it is the policymakers, not the spooks, who run U.S. foreign policy. Pointing the finger at the Central Intelligence Agency and the National Security Agency for not connecting the proverbial dots, while a favorite Washington tradition (see: Iraq and weapons of mass destruction), lets the men and women who craft policy off the hook too easily.

If the spies and analysts at Langley and Fort Meade were unable to pick up red flags at critical junctures of Pyongyang’s nuclear and missile development, the policymakers were unable to think outside the box. The lack of imagination on North Korea in the policy world is stunning. Indeed, to this day, even discussing an alternative to the status-quo ante—a full, verified and complete denuclearization of North Korea—is either labeled as dangerous capitulation to a mortal enemy or a political non-starter that would cause Washington to riot. Denuclearization has been the go-to U.S. policy since the George H.W. Bush years, when administration officials were engaged in the same conversations that national security officials are engaged in now.

With the exception of the 2007–2008 nuclear negotiations during the latter half of President George W. Bush’s second term, the U.S. foreign policy community both inside and outside government have in effect been held hostage to a goal that is unrealistic. If there is anything to be said about Kim Jong-un’s first six years in power, it’s that he is far less willing to authorize denuclearization negotiations with the U.S. than his father was. Whereas Kim Jong-il looked upon Pyongyang’s nuclear and missile program as an asset to be traded away for economic and political normalization, the end of U.S. sanctions on his regime and the signing of a peace treaty between the U.S. and North Korea, Kim Jong-un perceives nukes and ICBM’s to be the pride and joy of the nation. To the third Kim, miniaturizing a nuclear device to an intercontinental missile that can reach an American city is the tried and tested way to keep the United States from launching a military operation centered on the destruction of the North Korean regime. They are not decks in the card to be gambled away, but the king on the chessboard to be protected at all costs. Any hope American, South Korean and Japanese officials had about the younger Kim relinquishing his nuclear program for political concessions was lifted once a missile testing moratorium-for-aid deal was violated weeks after it was signed.

Despite no evidence to date that the Kim regime is interested in getting out of the nuclear business, policymakers in the Trump administration—like their predecessors during the Obama years—are just as wedded to the denuclearization objective. The White House’s impressive campaign in the U.N. Security Council, where three sanctions resolutions have been passed against the regime over the last year, are aimed for exactly this purpose: starve Pyongyang of its energy and money-making sources until Kim comes to the conclusion that there is no way out but negotiating his program away. But to think Pyongyang would hand over all of their nuclear devices on a silver platter or trust Washington’s word that it would be welcomed back into the community of civilized nations is to think that Kim is stupid, short sighted and overwhelmed enough to make the same mistake as the late Muammar al-Qaddafi. And it should be clear by now that Kim isn’t a stupid man; after all, you don’t have to be Einstein to understand that eliminating a deterrent that helps prevent a merciless and public killing a la Qaddafi is about as smart as leaving your car door open and your keys in the ignition in a bad part of town.

Does the intelligence community deserve a kick in the rear on the North Korea file as Sanger and Broad suggest? Yes, they do. But the least the two reporters can do is write a follow up piece in which the policymaking community’s role is put under the microscope. At least the CIA has the “North Korea is a black hole” excuse. Policymakers don’t have that option; in fact, Pyongyang has telegraphed their intentions all along for the last several years.

The foreign policy leadership can either adapt and make the best of an awful situation by containing and managing the problem instead of solving it “one way or the other” when there are no solutions. Or they can continue to bury their heads in the sand and be led by the delusion that the denuclearization of the Korean Peninsula is a goal still worth exploring.

Unfortunately, the politics of it all is likely to guide the Trump administration’s deliberations on this conflict.