The Internet: A Lawless Wild West? 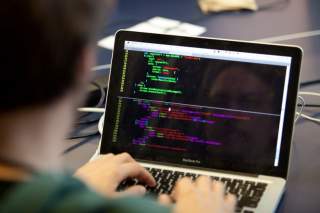 One year after the Snowden revelations of NSA spying, it is worth looking at what is really at stake.

Imagine that twenty years after Johannes Gutenberg invented mechanical movable type, the Pope and the petty princes of Europe—in fact, anyone who tried hard enough—had the ability to determine exactly what was being printed, exactly who was printing it and exactly to whom they were sending it. Worrying about intellectual-property theft, privacy or civil rights (had those concepts existed) would have been missing the bigger picture.

The future of Europe and the future of humanity would have been profoundly changed, not just for five years, but for five hundred. If people had lost trust in the underlying communication medium, could there even have been a Renaissance or Enlightenment?

Unfortunately, the world is facing this dilemma today, as it is possible, even likely, that the Internet will not remain as resilient, free, secure and awesome for future generations as it has been for ours.

The Internet is perhaps the most transformative invention since Gutenberg, and yet, it is not being used in a sustainable manner. It is under grave threat from data breaches, theft of commercial secrets, the opportunity for widespread disruptive attacks and systemic failures, the erection of sovereign borders and mass surveillance. As Snowden’s revelations and the Heartbleed bug show, we are all becoming absolutely dependent on an unknowably complex system where threats are growing far faster than the Internet's own defenses and resilience.

Today, the Internet is a lawless Wild West. Because the Internet was built on trust, not security, it has been easier to attack others online than to defend against those attacks. This is a decades-old trend. But clearly, if the attackers retain the advantage year after year, the Internet must pass a tipping point.

Perhaps someday soon, there will be too many predators and not enough prey. Unfortunately, the ability of governments to protect those of us that are prey is clearly outweighed by their ability—and willingness—to compete to be the most voracious and efficient predators.

The only way to ensure the Internet remains as free, resilient, secure and awesome for future generations is to flip the historic relationship, giving the defenders the advantage over attackers.

Giving cyber defenders the advantage of the high ground is just barely imaginable with a push for new technology, policy, and practice, which is applied patiently, internationally, at scale and with the private sector at the fore. It is not imaginable if nations continue to escalate large-scale espionage or mass surveillance, subvert Internet companies, engage in shadowy wars against real adversaries or coerce former satellite states.

America's national-security community gives lip service to these dangers, but is in fact enamored of the benefits of cyberspying and cyberattacking. Of course, the president should have these tools at his disposal, but then again, every other national leader wants the same privilege, and the U.S. digital economy is perhaps more open to disruption than any other. America's cyberexperts in the military understand this, but feel if the United States has gone too far, it will be okay because "the pendulum always swings back."

But the earth doesn't care who claws at its back; the sea doesn't know who pollutes its waves. The Internet does know. Unlike the air, land or sea, it was built by us and it can be changed by us. In short—the pendulum can get stuck. Perhaps the Internet is no longer a Wild West, but rather a war-torn, failed Somalia. Every time we try to rebuild the Internet—to be as safe and secure as it used to be—there is (and will be) some new threat to drag it down into chaos, with devastating consequences to America's IT-dependent economy and those of us who have come to love our online lives.

Technologies that seem so promising today, such as online voting or Smart Grid for more environmental and economic electricity, will never materialize due to the security challenges. Our children and theirs may look back and wonder why anyone would feel safe buying something online, or how online videos survived without being quickly hacked.

How many future Renaissances or Enlightenments will never occur simply because we treated the Internet as a place for crime, spying and warfare (“everyone does it” after all), rather than the most innovative and transformative product of human minds in five hundred years?

Sadly, without true commitment by all of us to exercise more sustainable practices in cyberspace, our generation will likely be the last one to truly enjoy the Internet.

Jason Healey is the director of the Cyber Statecraft Initiative of the Atlantic Council, focusing on international cooperation, competition and conflict in cyberspace.