The Interventionists Who Cried Wolf 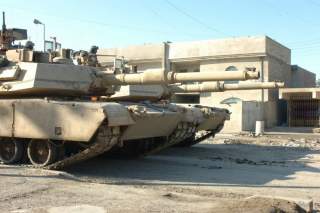 America’s neoconservatives and liberal interventionists are unhappy.  It’s easy to understand why—the American public is tired of overseas adventures and is reinforcing the instincts of a domestically focused liberal president who often seems skeptical of not only military action, but the military itself.  As a result, President Barack Obama is withdrawing from Afghanistan faster than many prefer, continues to reject military options or even meaningful military assistance to Syria’s rebels and Ukraine’s government, and appears cautious in responding to renewed fighting in Iraq.  The irony is that for all of Mr. Obama’s demonstrable foreign policy failings, interventionists in both parties have no one but themselves to blame.

Many have argued that the American public is “war weary” after years of unsatisfying fighting in Afghanistan and Iraq, but there is more to public attitudes than frustration at enduring conflicts with ambiguous goals.  Americans’ rejection of war—and, indeed, their reluctance to get involved in many international problems—is in fact a direct consequence of the interventionist case for action.

This has two components.  The first is the routine manner in which America’s interventionists have inflated threats, minimized costs, and/or overstated benefits of the use of force.  Iraq is the most obvious case—the U.S. war there was supposed to be a “cakewalk” that would oust a Hitler-like Saddam Hussein who was cooperating with al Qaeda and developing weapons of mass destruction.  Occupying Iraq and making it a democracy was to transform the entire Middle East for the better, spreading freedom and accelerating the Israeli-Palestinian peace process.

Why didn’t this happen?  Tellingly, after working energetically to send the United States to war in Iraq, neoconservatives first blamed President George W. Bush for poor execution and now blame President Obama for insufficient commitment.  No one, it seems, can run wars quite as well as they could.  In reality, most of what actually happened in Iraq was predicted in 2002 and 2003 by more realistic analysts whose views the interventionists successfully marginalized.

The second component of public skepticism is the interventionists’ cynical and systematic effort to equate the use of force with leadership—America “leads” when it is bombing someone and is “abdicating leadership” when it doesn’t.  This transparent attempt to exploit Americans’ commendable pride in their country’s international role has now backfired; if war is leadership then rejecting war means rejecting leadership.  That is why Americans increasingly want U.S. allies to take more responsibility for their security and prefer that others solve their own problems.  If this is leadership, they say to themselves, who needs it?

The real tragedy here is that the United States could have advanced and defended its vital national interests without straining public tolerance for an active foreign policy or true international leadership.  The U.S. could have ousted Mullah Omar in Afghanistan and Saddam Hussein in Iraq without expansive, expensive and basically futile efforts to create model societies in Afghanistan and Iraq or to train armies that aren’t willing to fight.  With narrower aims, Washington could have won quick and clear successes in both places.  Instead, Americans have discarded the failed “leadership” of open-ended war and open-wallet nation-building.

This has real costs because America’s military credibility does matter.  The Obama administration’s politically driven renunciation of military options in Ukraine has severely undermined its negotiating position in dealing with Moscow and might make escalation more likely.  While there is probably not a sustainable military solution to Syria’s civil war, the administration’s obvious unwillingness to cross an angry public fatally weakened its leverage in structuring a political settlement at the time when an arrangement may have been possible.  We need China, North Korea and Iran (among others) to take us seriously too.

President Obama was elected in 2008 in no small part because he rejected war and clearly recognizes, in this very narrow sense, what most Americans expect from him.  But he is unsurprisingly unable to define a coherent U.S. foreign policy to suit incomplete and inconsistent public impulses—if he actually wants to.  Moreover, Mr. Obama and his political advisors have focused too much on winning credit and not enough winning outcomes.

Because Americans are clearly dissatisfied with the choices they have been offered—by the president and by some of his critics—there is both a practical need and a political opportunity for a new course in foreign policy and a new definition of U.S. international leadership.  Anyone seeking to exploit it will face three political and intellectual challenges.

First, and most obviously, a new American leadership will require clearer criteria for the use of force that respect public preferences without undercutting U.S. leverage.  President Obama tried but failed to do this in his recent West Point speech.  Second, leadership requires followers, both abroad and at home.  A clear and appealing vision of the future and a credible pathway to get there are essential internationally and domestically.  Overseas, Washington can only lead others where they want to go; absent this vision, it will merely sit atop a coalition of the dependent.

Finally, there is real tension between leadership and the pursuit of American interests.  Leadership multiplies U.S. capabilities is valuable in and of itself.  Yet, the United States must at times act unilaterally in ways that undermine its leadership.  While former President George W. Bush alienated allies with excessive unilateralism, his successor has used allies’ reluctance as an alibi domestically.  Neither approach serves U.S. interests.

Addressing these challenges won’t be easy for American politicians, who see that the public wants something different but are afraid to give up past orthodoxies and thus rely on warmed-over generalities instead.  Thus far, only Senator Rand Paul has had the courage to offer something truly new to mainstream political debates, though its contours are not yet fully apparent.  Whoever is able to articulate a new American leadership that captures the imagination will do himself or herself—and the country—a great service.

Meanwhile, neoconservatives who think that new instability in Iraq will offer them a path to public rehabilitation by providing a new cause should think twice—Americans have heard them cry wolf before.