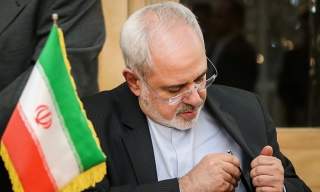 In the past year, the nuclear deal has yielded few positive and more inauspicious outcomes. Admittedly, there are now few or no bellicose statements from Israel or the United States against Iran—that “all options are on the table” to deal with Tehran’s nuclear ambitions—though there has hardly been any letup in Israeli air assaults on Hezbollah convoys or fighters in Syria. Some Iranian military personnel have also fallen prey to Israeli attacks. Iran has honored its commitment to the JCPOA and is free to conduct oil business with external parties, but transactions through international banks remain at the mercy of the United States. The expected foreign investment is not pouring in. Instead of experiencing “concrete results” from the deal, average Iranians are expressing frustration that U.S. actions are preventing deals with interested foreign parties—a prime obstacle to revamping the economy.

Iranian hard-liners—the conservatives and the IRGC in particular—are banking on the deal’s failure to make a strong political comeback after their defeat in the last parliamentary and Assembly of Experts elections held in February. They are pressing home the point that the United States could never be trusted, a point they expect to capitalize on in the upcoming presidential election in 2017. The growing power of the IRGC, in particular, may eventually cast a negative shadow on the deal, in case the deal remains a deal in name only. The IRGC is the real driver behind Iran’s proactive foreign policy, with the Foreign Ministry mostly playing a supporting role, including in Iraq or Syria. Rightly or wrongly, IRGC generals, who directly report to the Supreme Leader, consider the United States a spent power in the Middle East and generally have the stomach to stand up to American challenges, deal or no deal.

Actions by powerful insider interests in Washington go a long way to make Iranian hard-liners more hostile toward the United States. Hawks in Congress, AIPAC and other business interests are often irrationally anti-Iran, mainly because of their concerns for Israel and for domestic political gains. They refer to Iran’s support for Palestinian groups Hamas and Islamic Jihad, and the anti-Israel statements that Iranian leaders frequently make. But Iran’s anti-Israel postures are primarily for domestic political consumption, and in order to prove that Iran is not just a Shia power, as often alleged, but a Muslim power. Iran hardly poses an existential threat to Israel.

Former Israeli defense minister Moshe Yaalon, while criticizing Netanyahu as a “fear-monger,” has recently admitted that “in the foreseeable future, there is no existential threat to Israel.” But the American hawks’ preoccupation with the “Iran threat” has strong potential to derail the deal and push the United States down the road to dangerous collisions with Iran. And this seems more likely to happen, as the deal enjoys no significant American public support. A Gallup poll conducted last February found that only 30 percent of Americans approved of the deal, and that a meager 14 percent of Americans had a favorable view of Iran.

The U.S. strategy, it seems, is to deny Iran benefits from the deal, force it to renege on its commitments to the deal and then use Iran’s breach of obligations under the deal to impose more unilateral sanctions. This will simply strengthen the hands of Iranian hard-liners, who view the deal as an ineffective agreement with the West, giving them much-needed political ammunition to go after the deal. Having seen no benefits from the deal, they are likely to pursue a more assertive foreign policy, often creating tensions with the United States, while stopping short of scrapping the deal altogether, to avoid being blamed for its collapse. The Iranian public will hardly see any point in an unsustainable post-deal rapprochement with the United States. The reformists under President Rouhani would stand alone and be weakened politically. A shift from impaired diplomacy to heightened tensions and hostility is more likely to occur.

The deal, in short, is an imperfect measure to address some immediate concerns, not a long-term framework to resolve deep strategic and political divergences between Iran and the United States. Their return to a period of renewed hostilities should surprise no one.