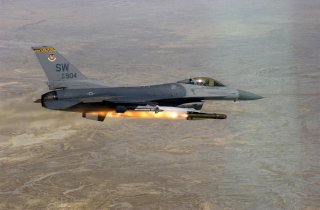 The Obama administration has sold the recently announced Iran deal as the best alternative to the military option. Although the accord does reduce the chances the United States or Israel will have to resort to the military option, it also increases their capability to carry out airstrikes against Iran’s nuclear program should they become necessary.

The nuclear deal strengthens the military option in a number of different ways. One of the least understood is Iran’s decision to relinquish the plutonium route to the bomb. In one of the only permanent features of the deal, Iran has agreed to redesign its Arak heavy water reactor so that it is incapable of producing weapons-grade plutonium, and promised to ship all the spent fuel from the reactor abroad. Furthermore, Tehran has pledged to never acquire reprocessing facilities, which are necessary to produce fissile material for a nuclear weapon.

This is crucial. Although the heavy water reactor is not the most technically difficult nuclear facility to destroy, it is easily the most politically challenging. Indeed, if the Arak heavy water reactor went critical, it would have been impossible to bomb the facility without releasing large amounts of radioactive material into the atmosphere. As Amos Yadlin, the former head of Israel’s military intelligence, has warned: “Whoever considers attacking an active reactor is willing to invite another Chernobyl, and no one wants to do that.”

Most importantly, the new nuclear deal will give the United States and Israel time to develop the capabilities they need to carry out a military strike. A frequent criticism of the deal is that Iran will have few, if any, restrictions on its nuclear program after the deal expires in ten to fifteen years. This ignores that the United States and Israel will be similarly unrestricted after the deal’s expiration.

Moreover, while Iran’s nuclear program will be frozen in place for over a decade, the United States and Israel will be free to strengthen their military capabilities. This will be especially important for Israel, which currently lacks the requisite aircraft and payloads to successfully destroy Iran’s Fordow enrichment plant, which is buried deep within a mountain.

The United States is more capable of bombing the enrichment plant. Over the past decade, it has developed the 30,000-pound massive ordnance penetrator (MOP) for the exact purpose of destroying underground facilities like the Fordow enrichment plant.

Still, it’s unclear if the MOP can successfully destroy all Iran’s nuclear facilities. The bomb can reportedly burrow through 200 feet of earth before exploding, but the Fordow plant is buried 250 feet below a mountain and likely reinforced with concrete. As late as 2012, the U.S. military conceded the bunker-buster MOP couldn’t destroy the Fordow plant.

The Pentagon’s current war plans reportedly call for dropping two bunker-buster bombs on top of each other in order to reach the enrichment plant. This requires excellent precision and, despite recent upgrades to the bomb’s internal guidance system, would be extraordinarily difficult to achieve in the fog of war. However, given all the progress the United States has made in building more powerful bunker-busters over the past decade, there is every reason to believe that Washington will have a bomb capable of destroying the Fordow plant in ten year’s time.

While the new nuclear deal will hopefully make airstrikes against Iran’s nuclear program unnecessary, it will undoubtedly make them more successful, if required. For this reason alone, the deal is worth supporting.

Zachary Keck is managing editor of The National Interest. You can find him on Twitter:@ZacharyKeck.