The Iran Deal Was Bad, but Leaving It Was Worse 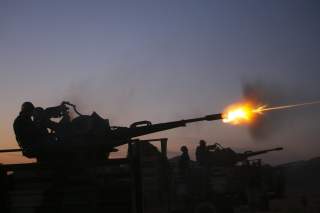 We ought to shed only few tears over the demise of the Iran nuclear deal (also called the Joint Comprehensive Plan of Action or JCPOA). The deal did have some significant virtues but was also replete with problems from day one. Its weaknesses were greatly accentuated by the Obama administration's subsequent overselling of its virtues, failure to acknowledge its shortcomings, and worrisome additional compromises in its implementation. Yet, we do have good reasons to cry out loud over the manner in which President Trump has brought about its downfall. Indeed, there is also real cause for frustration and angst over what comes next.

The frustration comes from the realization that the deal was scrapped before a viable alternative was developed to replace it, making the positive benefits of the JCPOA very difficult-if not outright impossible- to sustain over time. It is greatly exacerbated by the dismissal out of hand by President Trump of the proposals diligently worked out between the Department of State and the EU3 to enhance the implementation of the JCPOA and address some of its greatest weaknesses. Those proposals would have attempted to resolve issues with the Iranian missile program and worrisome aspects of its regional behavior. The damage from withdrawing from the JCPOA is also increased by Trump’s abandonment of the serious effort to develop a common position between the U.S. and its European allies on the so called "sunset clause." That clause would have allowed Iran to regain it's so called "inalienable rights" to scale up its worrisome nuclear activities within a few years and therefore needed addressing.

As the recently revealed trove of Iranian nuclear documents convincingly attest, Iran had a full blown and advanced nuclear weapons program prior to 2003, which to this day Iran continues to flatly deny. These discoveries shatter its repeated claims to be wedded not only to the NPT ban on developing nuclear weapons but also to a so-called religious fatwah by its supreme leader allegedly disallowing nuclear weapons acquisition. All of this offers sobering lessons regarding the value of Iranian assurances of its benign nuclear intent.

But how does the recent U.S. presidential action advance the cause of preventing Iran from acquiring nuclear weapons? Alternatively, how does Trump’s withdrawal from the deal at a minimum prevent Iran from rebuilding the capacity to build nuclear weapons in a matter of a few weeks? Or for that matter how would it empower the U.S. deal with any other aspect of Iran’s destabilizing actions throughout the Middle East? The short answer is that it does not, that is unless the U.S. is ultimately willing to go to war virtually alone against Iran, as well as to engage in an all-out economic confrontation with its allies trading with Iran. It should be pointed out that imposing sanctions on those trading with Iran would include not only the Europeans, but also South Korea, Japan, India, Turkey, and even competitors like China and Russia.

The President's decision has set back its relationship with the few European allies who really cared about checking Iranian pursuits and diminished U.S. influence in Vienna over the implementation of the Iranian nuclear agreement and International Atomic Energy Agency Safeguard obligations. American withdrawal from the deal has also consolidated resistance to its actions inside Iran while also renewing interest in nuclear weapons. By leaving the deal, Iran may now want the bomb more than ever due to a deepening the sense of existential threat from the U.S. bent on fomenting regime change in Teheran. Ironically, this make the very nuclear threat that America’s new policy is presumably intended to check more likely rather than less. This is also compounded by President Trump’s unnerving reiteration of his desire to scale back U.S. military commitments in the Middle East.

The vision of a new deal just laid out by Secretary of State Pompeo at the Heritage Foundation is commendable for all of its twelve goals. Some of those address acute deficiencies of the original nuclear provisions, while others going well beyond it on the regional issues that were never part of the original package. Yet the previous success story in stopping Iran's race to the bomb since 2003 was made possible not by JCPOA itself but rather by artful combination of coercion and diplomacy, assertive intelligence action, the threat of decisive military action, and biting smart sanctions. It took all of these to get the original Iran deal. Also, all of these tools had to be undergirded by sophisticated coalition building inside and outside the region. Among the critical facilitating factors in achieving that JCPOA, was America’s choice to forgo promoting regime change in Iran (while retaining the hope that it would occur naturally, brought about by indigenous forces), and America choosing to extend a hand to Iran to negotiate and transform the bilateral relationship. The JCPOA largely consolidated and codified gains secured through these means. The odds of successfully promoting a far more audacious agenda now, especially after snubbing international partners and using mainly extreme economic coercion, seem extremely remote. And the risks associated with failure, now that the temporary respite offered by the JCPOA is gone, are very real and daunting.

The most negative consequences of casting the JCPOA aside could still be mitigated by converting the lofty goals announced by the administration into a far more pragmatic operational agenda. To succeed, three requirements stand out. First, to define realistic red lines that Iran's nuclear, missile, and regional activity must not be allowed to cross, indefinitely, regardless whether a new deal is in place. The credibility of U.S. deterrence against crossing them would be greatly enhanced by making these more modest than the goals envisaged by Secretary Pompeo, which in turn would enhance the chances of building broader international support for them. All of these would also make compliance with such red lines somewhat easier for Iran to contemplate. Second, Trump must resuscitate an international coalition that is far broader than the Gulf States and Israel. He must include the transatlantic alliance by refraining from imposing broad secondary sanctions on allies' companies, while also seeking complementary quiet understandings with China. Third, he should seize on some positive signals from the Kremlin about seriously exploring the possibility of building a partnership with Russian to significantly narrow the permissible scope for Iran's nuclear, missile, and Syria activities.

Ultimately, though, much would also depend on explicit U.S. willingness to walk away from the goal of actively promoting regime change. The pursuit of regime change will only stiffen the resistance of all elements of Iranian society (including those who otherwise despise clerical rule). Finally, the threat of American-forced regime change will also enhance Iran’s interest in nuclear weapons as an insurance policy. We should not abandon the hope of a fundamental transformation in the orientation of the Iranian regime, but this development should come from the inside.

Ariel E. Levite, is a senior fellow at the Carnegie Endowment for International Peace