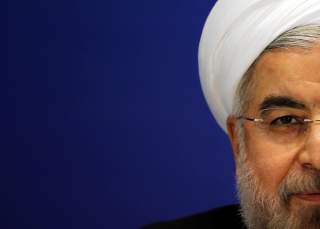 In a legally required letter to Speaker Paul Ryan on April 18, Secretary of State Rex Tillerson confirmed that Iran is in compliance with the terms of the Joint Comprehensive Plan of Action (JCPOA). The next day, he told reporters that the deal represented a “failed approach” that will not prevent a nuclear-armed Iran. One might be tempted to attack such doublespeak as indicative of the administration’s general tendency to say one thing and do another. Yet on this count, Tillerson is correct. Iran is in compliance with the JCPOA, but the JCPOA isn’t working. Why?

In short, because compliance is not enough. The agreement resulted in Iran receiving significant sanctions relief in exchange for accepting a range of restrictions on its nuclear program. Were these restrictions permanent, Iranian willingness to adhere to them might be sufficient. However, many of the key restrictions expire in a number of years—six in the case of ballistic-missile development, eight in the case of Iran’s overall enrichment capability and thirteen in the case of a prohibition on enriching uranium to weapons-grade level. Accordingly, the benchmark for success must be set higher. The JCPOA can only be said to be working if progress is being made on the broader goal of discouraging Tehran from returning to enrichment when the restrictions on its program cease to be mandatory.

Here the picture is decidedly bleak. Sanctions relief was intended to enable the West to purchase leverage within the Iranian body politic, by building up a prosperous middle class capable of resisting any hard-line effort to return to enrichment once JCPOA restrictions expire. However, trade and commerce has been nowhere near as pronounced as supporters of the agreement had hoped. Iran has returned to selling oil to the international market, and gained access to funds from past sales that were frozen in escrow accounts. It has also bought new shipping vessels and replenished its fleet of civilian aircraft. Yet these are measures which largely insulate it from any return to sanctions—something bound to secure support from across Iran’s fragmented political system. On the bigger issue of ongoing commercial transactions—banking ties and foreign direct investment—progress has been halting. President Hassan Rouhani has been thwarted by the supreme leader’s insistence on constructing a “resistance economy” that is protectionist and autarkic in nature. In addition, the provision within the JCPOA that allows any P5+1 capital to snap UN sanctions back into place automatically has established a level of political risk sufficient to deter many Western investors.

In addition, Iran has used the last two years to engage in aggressive actions that have deepened rather than mitigated its isolation. Its extensive support for proxy militant groups across the region—most notably Hezbollah, Shia militias operating in Iraq and Syria, and rebel groups in Yemen—have made Gulf and Arab opposition to Iran even more virulent. So too has Iran’s extensive engagement in ballistic-missile development enabled it to strike its neighbors directly, a point underscored by the nature of its kinetic response to the ISIS attack on the Iranian Parliament last month. Western negotiators had hoped that, by permitting Iran to retain an enrichment capacity, and ending talk of military action, Tehran would feel less threatened. Yet its actions have triggered the opposite outcome. The deepening GCC-Iran standoff now makes it all the more likely that Tehran will find excuses for returning to enrichment when the JCPOA’s restrictions expire.

Crucially, the P5+1 consensus is fraying. Days after President Trump reluctantly recertified Iran’s compliance with the JCPOA, the administration sanctioned sixteen entities and individuals for allegedly abetting the IRGC. This move raises the specter of the White House torpedoing the JCPOA in much the same way it opted out of the Paris climate accord. By contrast, European countries continue to adopt the more dovish approach, buying significant quantities of Iranian oil, and urging political rapprochement. A transatlantic conflict over the right way to proceed may soon be unavoidable.

The net result is an Iran that grows stronger and more confident by the day, but which shows no signs of turning away from nuclearization. Why else move to defend enrichment facilities with missile defenses?

Tearing up the JCPOA offers no solution to any of these problems, and the administration should think cautiously before acting. Yet as it completes its review, it should proceed from the premise that the JCPOA hasn’t set in motion the trends needed to prevent Iran’s long-term nuclear-armed trajectory. Only if it begins from that starting point, can it hope to bring about a correction.

Timothy Stafford is the research director at the Henry Jackson Society, a London-based think tank.

Image: Iran's President Hassan Rouhani attends a news conference at a hotel after the fourth Conference on Interaction and Confidence Building Measures in Asia (CICA) summit, in Shanghai May 22, 2014. Rouhani said on Thursday he is not pessimistic about reaching an agreement over nuclear talks with the United States, Russia, China, France, Britain and Germany. REUTERS/Carlos Barria.